Talking about "Don't Go In The House". 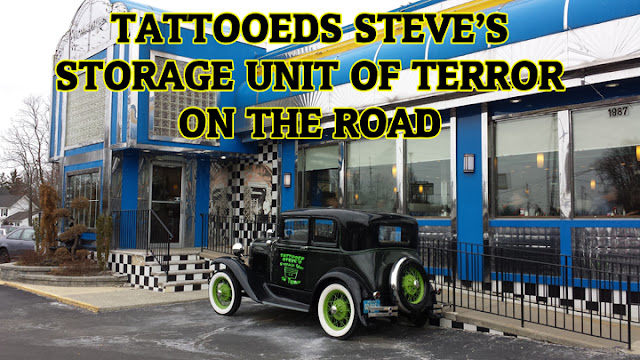 It's really cool that I got to the age where my Mom is able to be a lot more like my best friend because she is great to hang out with.

Seriously, she is the one responsible for my love of monsters and horror movies and I never went a day without a new issue of Famous Monsters or a monster comic book. She loves going to see new horror movies with me and even enjoys road trips out to different filming locations of our favorite horror movies or places that they were based on.

One of those places that we recently went to was the house in Atlantic Highlands, New Jersey that was kind of one of the stars in "Don't Go In The House". 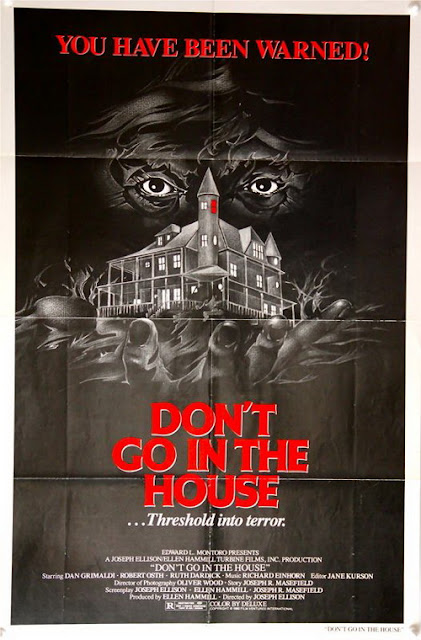 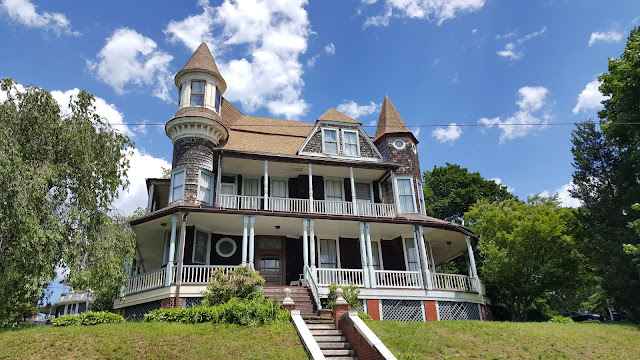 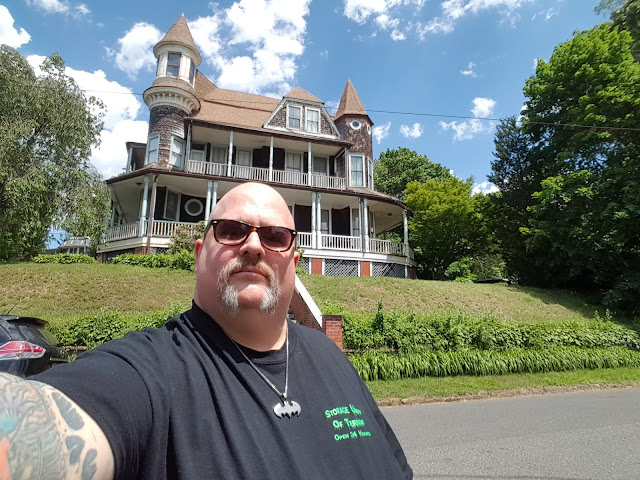 The house itself has a lot of history and has been made a landmark and is featured on the Blu-Ray version with Greg Caggiano who is part of the Atlantic Highlands Historical Society giving a tour of the Strauss Mansion/Museum behind me. It's funny because another site states that the mansion is in upstate New York, but I am clearly standing in Atlantic Highlands, New Jersey. And a lot of the filming was done at locations on 1st Ave in Atlantic Highlands in February of 1979. The only parts that were filmed in New York were the Disco and the clothing store where Donny bought his Disco outfit in New Rochelle. And Donny's work place was in Jersey City.

Even funnier is I know a lot of it was done in the week of the 10th to the 16th because I tracked down the TV Guide that was for sale in the market store right next to the movie theater that Donny was following one of his victims in.

"TV Guide?" you ask. Yup, I couldn't stop laughing when I saw it thanks to HGTV and was able to buy a copy of that issue off of eBay that you'll see later on in the tour.

Here is the flower shop that Donny
had taken his first victim from. 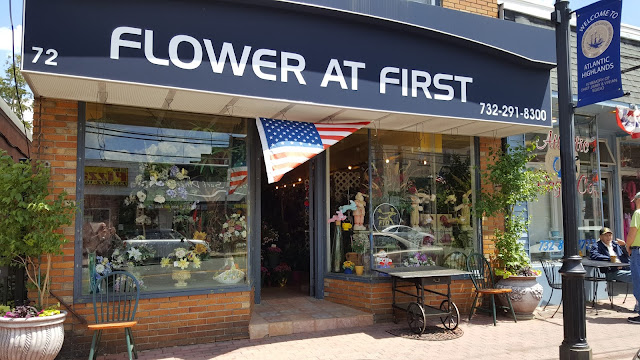 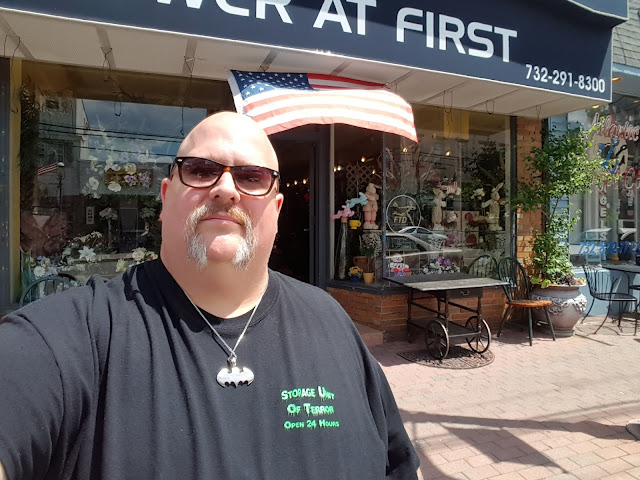 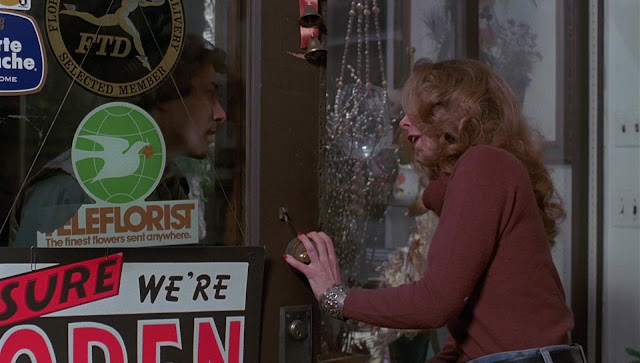 This is the interior view when Donny was talking to the shop worker in the movie. And I'll be adding more location pictures to this article later.

"So why all the love for this movie?" is probably your next question. And I'll answer with It's a favorite because I really love the Indie feel to it even though others complain about the acting, yeah it was Psycho knock off but you really did feel sorry for Donny and it was kind of heart breaking when help was given a lot too late, it was a local horror production and it's part of my own history.

You're going to love this...

My cousin Colin MacInnes was "Young Donny" in the flashback scene, his then grade school teacher Ruth Dardick was an actor that played Donny's mother in the movie and Colin's best friend back then Chris Isidori was the kid "Michael" that gets the crap smacked out of him by his mother and starts hearing the spirits at the end of the movie. 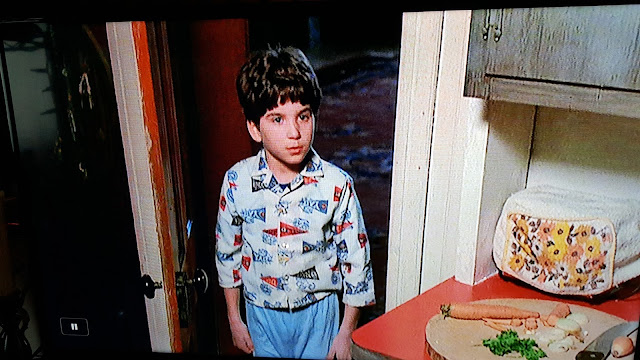 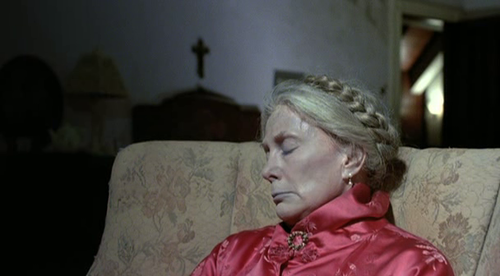 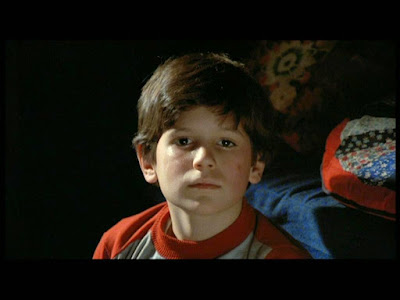 When Ruth was cast the director had asked if she had known any kids that would want to be in the movie. And with her being a school teacher she must have told him to see if any of the kids in her class would want to be chosen. Waaaay different times back then huh? LOL

So he picked Colin and Chris and then got in touch with their parents to get permission. And I found out about this because my mom had seen it in the local news paper complete with a photo of Colin, Chris and Ruth on the outside stairs of the house. Then they interviewed him about the stove fire scene and he told them he was a little nervous about doing it until he found out what zel gel was.

And I lost it... I was so green with jealousy that they couldn't even make paint that color! There I was the full on monster kid at nine years old that would have done the scene without zel gel just to be the one in a horror movie reading about my cousin that really wasn't into monsters or horror movies!!! Yeah, it was pretty bad and I stopped talking to him, but his family moved out of state not too long after anyway. HA HA HA

But unlike him I actually got to see the movie two years later after it came out on VHS when I was twelve. And it made me so happy seeing so many familiar locations in it. Even the sports store where my dad took me a million times to get ammo or arrows for hunting when he went. And it was the same store where Donny bought his fire suit. 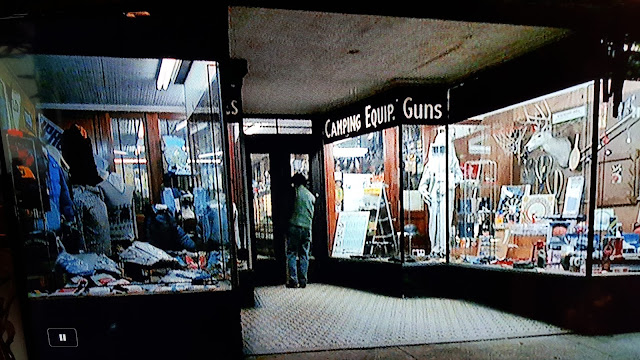 Donny buying his fire suit back in 1975 at "RJ's"
and where my dad bought his hunting equipment. 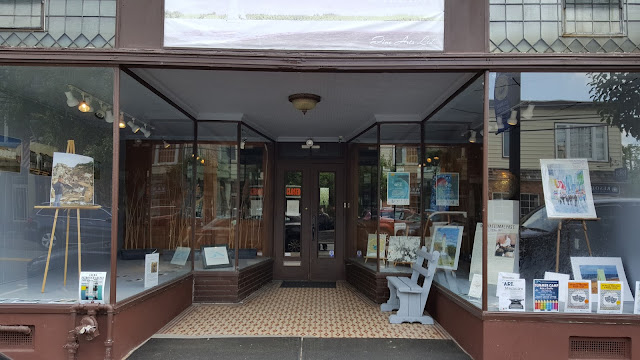 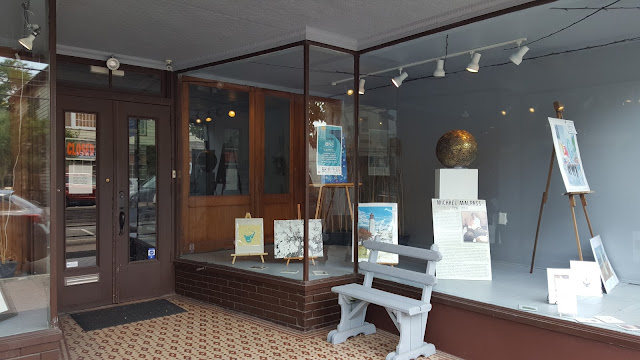 This is the case where Donny's Fire Suit and Flame thrower were. 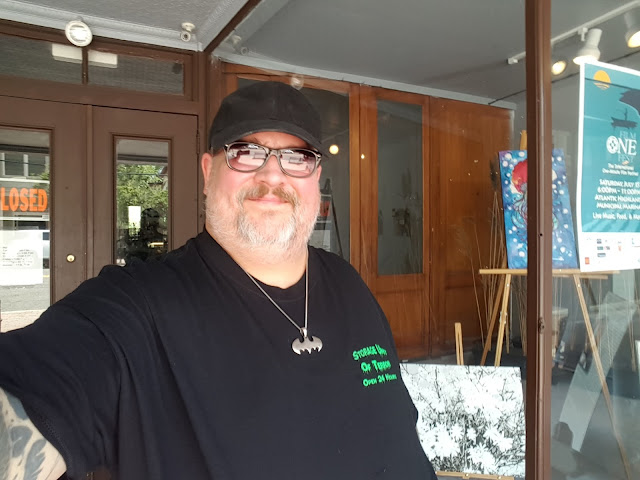 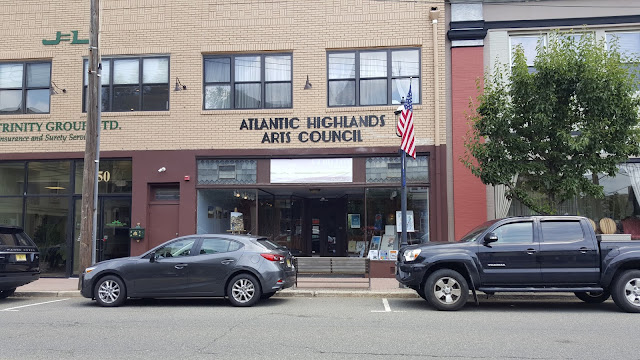 Now it's the Atlantic Highlands Arts Council which is extremely cool and provides a showcase for local artist.


And I'll wrap up my virtual tour with the Mini Mart where Donny got his last victim. 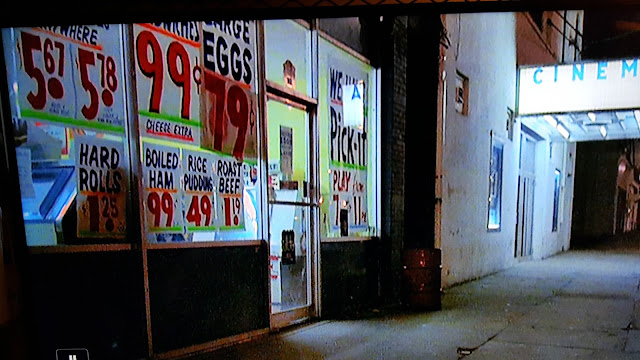 This is what it looked like back in February of 1979 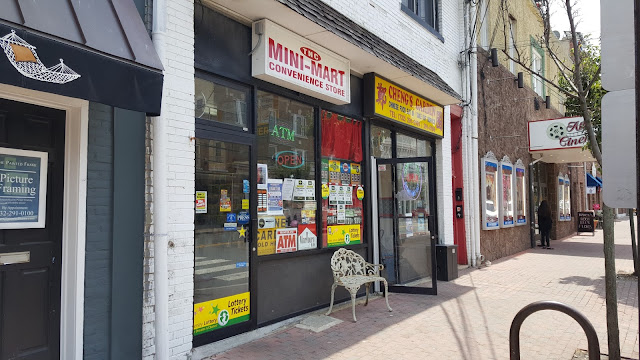 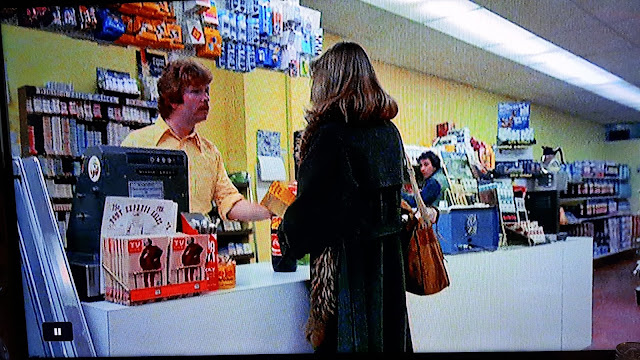 This was the interior back in 1979

And this is the kicker! 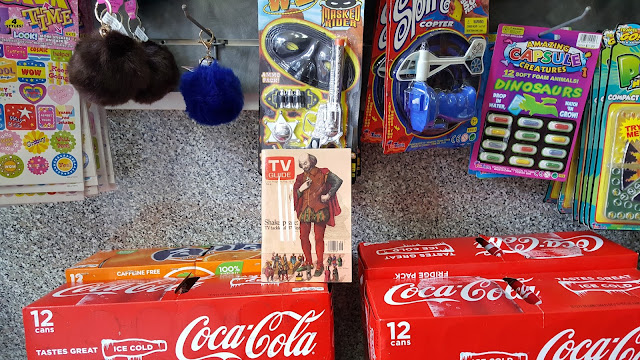 The man behind the store's new counter that now faces the other way (pronounced) Din-Hee was amazingly cool in letting me get this photo. He was really blown away that I was able to get a copy of this issue and couldn't get over the ads and TV listings from 1979. It was so long ago that Columbia House was still sending out 8 Tracks for their Music Club! HA HA HA
When I had shown him what I had so far on my site from my phone he was all about me getting this picture. 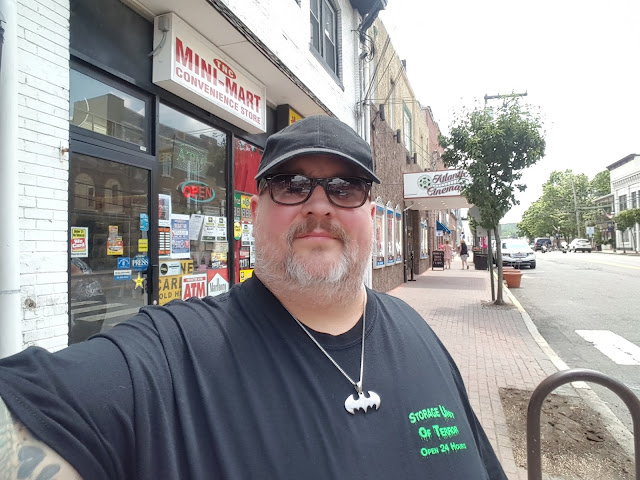 Thanks for visiting and taking the virtual tour.
Posted by TattooedSteve at 11:52 PM