A Showcase of the art of Travis Mullins 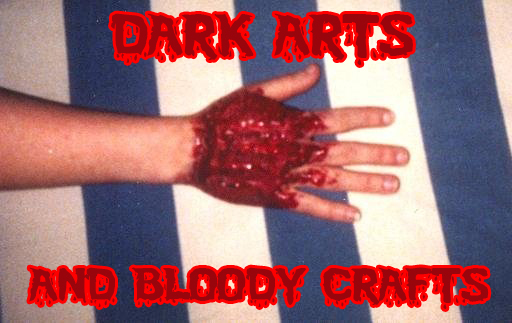 The first time I had seen Travis Mullins sculpture "CRACKED" I was blown away by how cool it looked and was able to get in touch with him on Facebook about it and then found out about his ETSY store with even more of his creations. 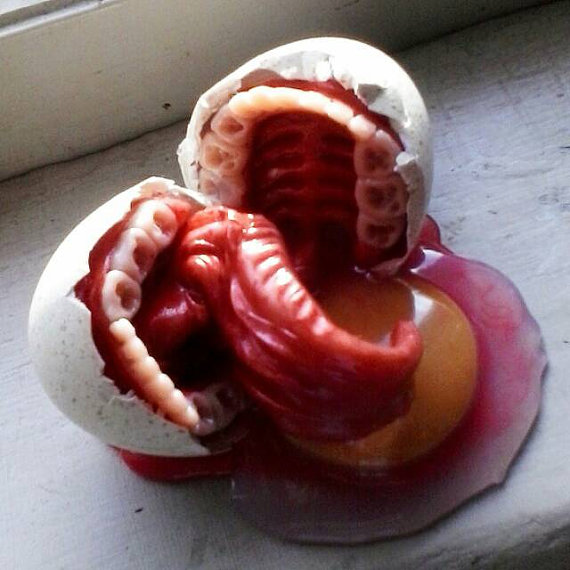 Once I checked out his ETSY store with my wife we loved so much of what he's created we had to agree to buy a piece that represented both of us and the one we decided on was "Zahhh". 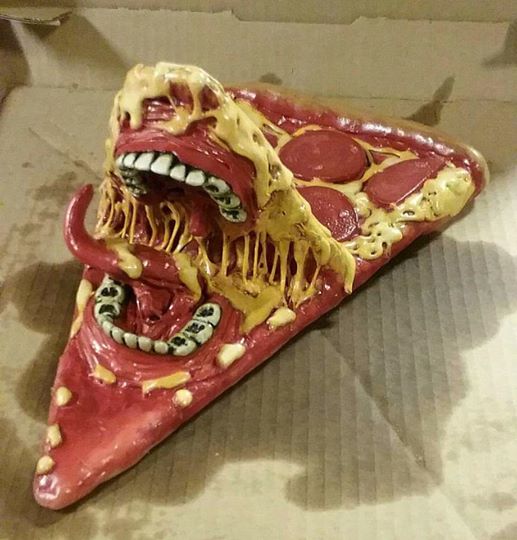 When Zahhh arrived my wife had seen it first after shen unpacked it she absolutely loved it, and when I saw it my jaw just about hit the floor because it looks amazing and is a monster size slice of pizza! 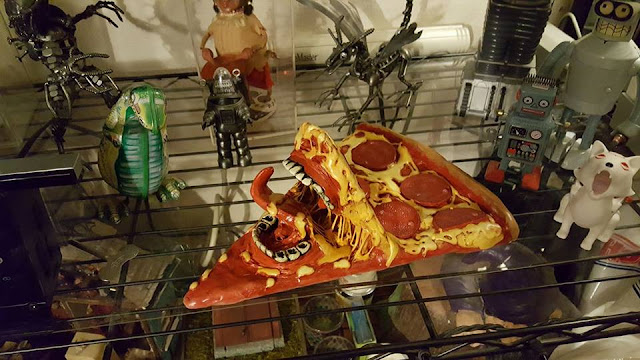 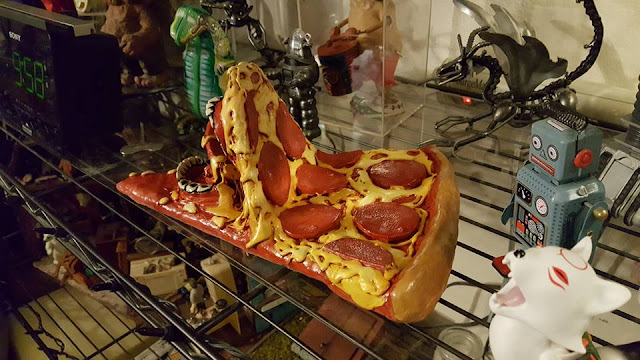 After I contacted Travis to thank him for doing such an incredible job I asked him to type a little about himself for his showcase.

I make the MONSTERS that make YOU smile... www.etsy.com/shop/travismullinsart www.facebook/travismullinsart My name is Travis Grant Mullins. I am based in Warsaw, Indiana. I'm inspired by everything and everyone around me. I see everyday objects and think of how to turn them into monsters.
My first monster, in this series, was a commissioned piece. It was a killer tomato for a local tomato festival. I like to use any everyday object, sculpt jaws with teeth and a tongue, and then figure out a way to incorporate the two together to create something both fun and terrifying.
Monsters are something that I find to be a great subject because of the seemingly endless ways to create them. That, and I love creating something that is interesting to look at, that is fun, disturbing, and original. The art form I prefer to use in creating monsters is sculpture. I like the 3D form because of the many ways to examine the artwork. I enjoy the physicality of sculpture. It is something you can touch and hold as well as view from afar.
* 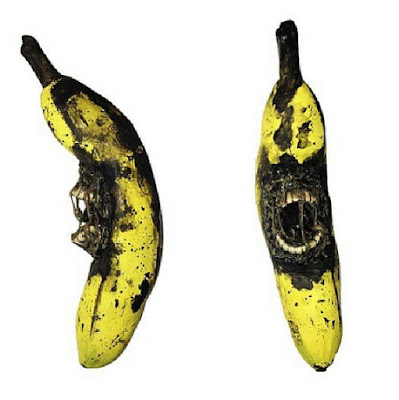 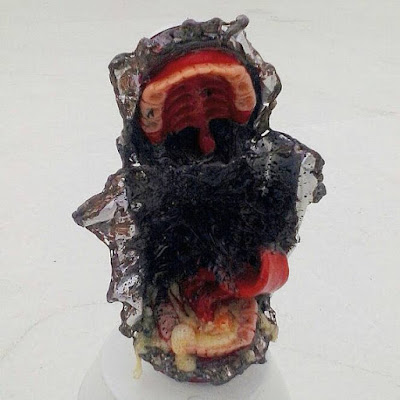 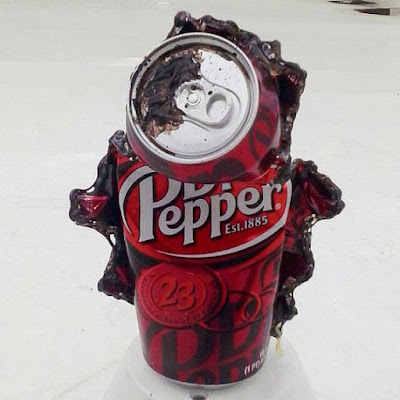 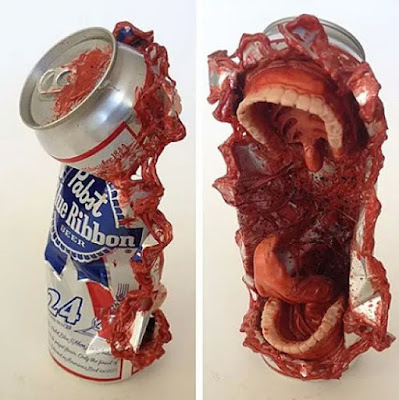 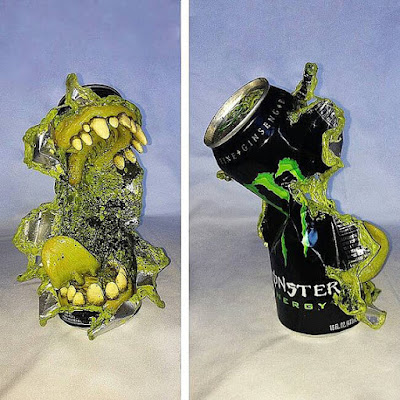 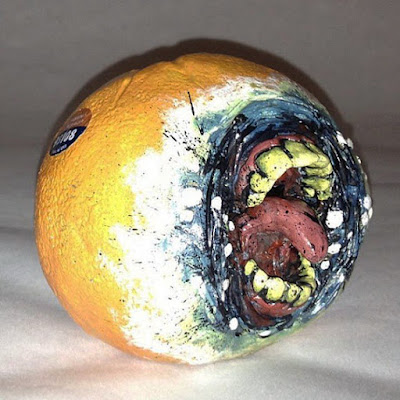 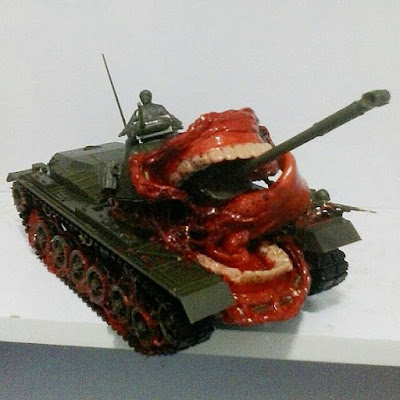 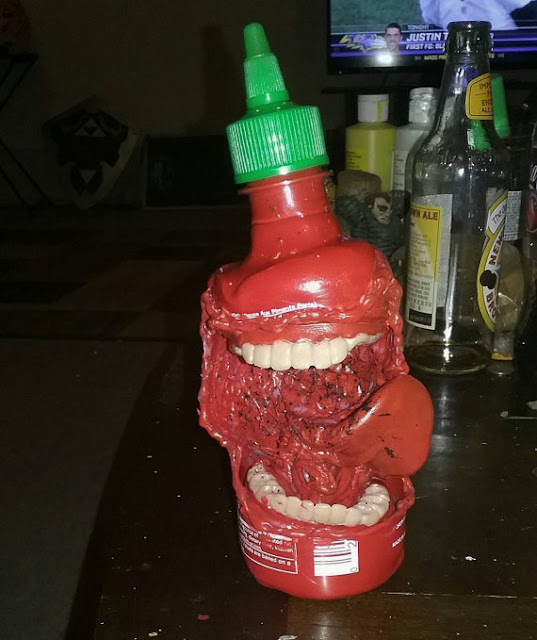 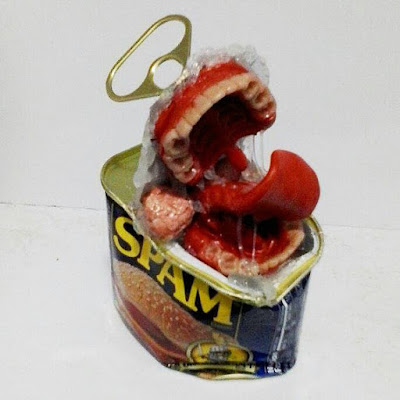 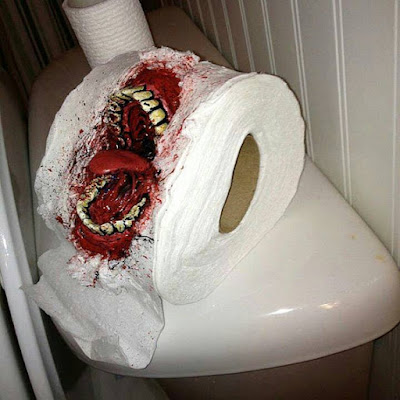 Posted by TattooedSteve at 11:10 PM 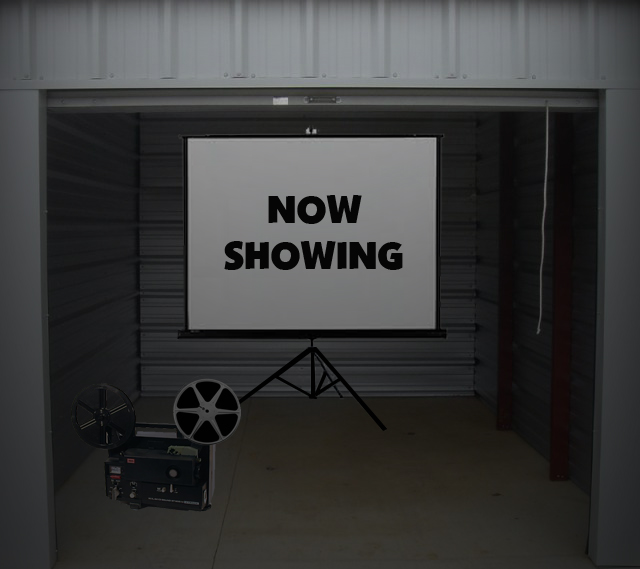 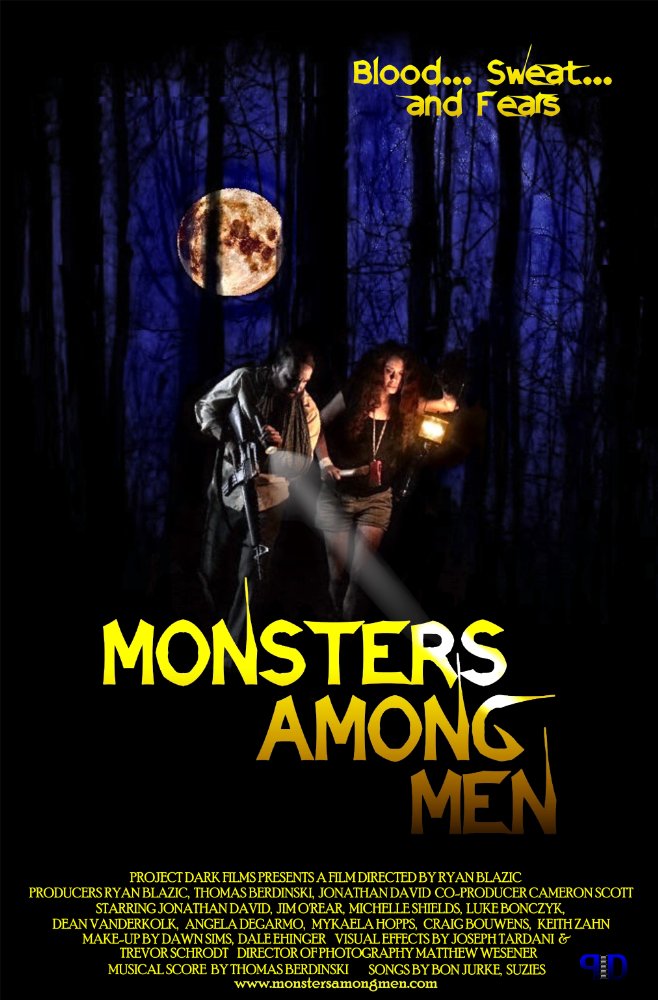 I had received an advanced Blu - Ray copy of Ryan D. Blazic's modern vampire film "Monsters Among Men". And I really enjoyed the story starting out with a dude getting a cup of coffee and getting ready to purpose to his girlfriend in a nice woodsy setting just to wind up having a real bad day with a plot twist to boot.

So I put it on and readied myself for some kind of vampire action and got plenty of it. I'm talking vampire attacks, undead familiars, thrill killer helpers, guns and blood. And of course the plot twist that really made it worth the watch. I mean most of the time Indie vampire films are a quick shoot that rely on boobs and fake blood with a simple plot of some kind of lead vampire doing a bunch of turning and getting destroyed at the end.
But Ryan went the extra mile and actually typed an awesome story line and a plot that you actually got into with a couple of twist that you won't see coming.

Yes I'm typing about the twist a lot, because like I said I was really impressed with Ryan caring enough to put that much work into the script of this movie.
And I love the nods made by Thomas Berdinski to a couple of Warren F. Disbrow's movies that I had worked on and appeared in with some of the cinematography he had done.

All around it's a cool watch and definitely a must have to your Indie Horror collection.


Posted by TattooedSteve at 8:08 PM