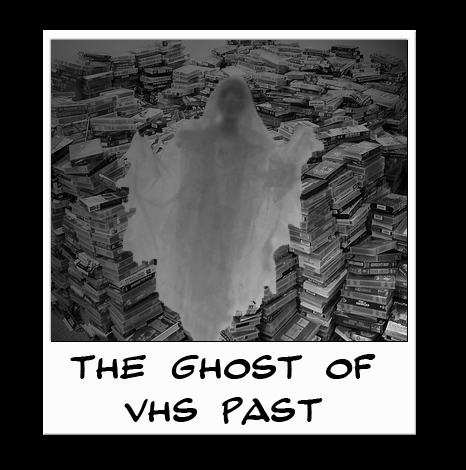 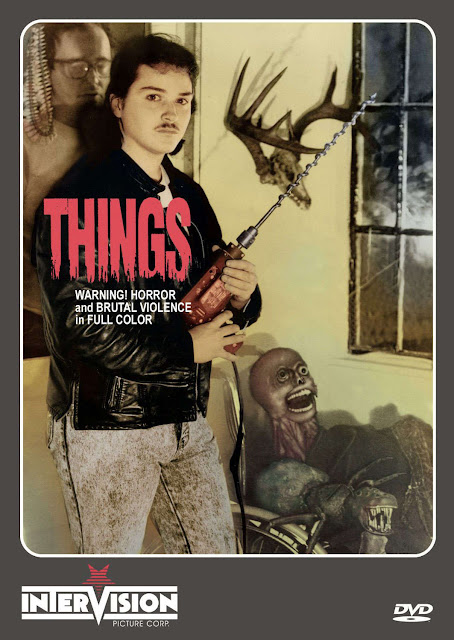 Where do I start with how much I love this movie?

I got it I'll lead in with why, it'll intertwine with two movies I had worked on with Warren F. Disbrow "Flesh Eaters From Outer Space" and "Invasion For Flesh and Blood" in the same year THINGS was released. But I'm talking about this much loved Canadian Horror Indie in a sense of what it means to me and not just a review.

My original VHS was a gift from Tim Ferrante, yup THAT Tim Ferrante the man is still one of the nicest people that I have ever had the fortune of calling a friend.
The second he saw it he knew that I would absolutely love it and bought me a VHS of it.

And it couldn't have happened at a better time, I was a little over a year into working on Flesh Eaters Form Outer Space and building props, costumes and F/X to go right into working on Invasion For Flesh and Blood. So it's pretty fair to say that I was feeling a little overwhelmed.

I had a background with making movies on VHS *We'll get back to that* and had Ricky Dick "Gravely McCabre" as my mentor with the prop, costuming and F/X work but Warren was giving me a huge chance of a lifetime to work on two monster movies and I didn't want to let him down.

So you couldn't imaging how happy I was to see a dude up in Canada (Barry J. Gillis) that looked like a fellow Metalhead around the same age as me on the cover of a horror movie. And when I watched it it was like he was saying to me "You got this!"

A lot of reviews for THINGS over the years have been pretty harsh but that hasn't stopped the movie from earning a huge cult following who call themselves THING-ites and a re release on DVD. Not too bad of a job by Andrew Jordan and Barry J. Gillis writing it with Andrew as director and Barry in the lead making something that's still enjoyed over twenty years later.

It's easy to be judgmental nowadays while watching it, but when it was first released and hit the Horror Section shelves it was a huge love letter to all of our past favorites. And Barry J. Gillis was letting so many Horror Fans and Metalheads live vicariously through him as the lead. I mean name at least one Horror fan back then, Hell even now that wouldn't jump at that chance. And their dubbed film to video transfer gives it a great Italian Horror feel that classic horror/monster fans enjoy.

I'll save you the re reading of a description of THINGS plot that has been typed a million times before on IMDB, Wiki and other sites, but I will tell you that THINGS is like a Rock Club Band among a slew of Arena Bands to me.
Because just like those Rock Club Bands it's stripped down, powered up and unapologetic.You want boobs, beer, blood and monsters you got it!


*A little word about film to video*
The thing that helped launch THINGS onto Horror Section shelves was also something that slowed Flesh Eaters and Invasion's mass distribution in America.

When Warren had made Flesh Eaters and Invasion he had used 3/4" VHS. This was the format used by TV Stations, News Crews and for concert and sporting events. These VHS players were used with a video editing system. And these were the main machines used to make 1/2" home video copies onto 1/2" VHS machines. 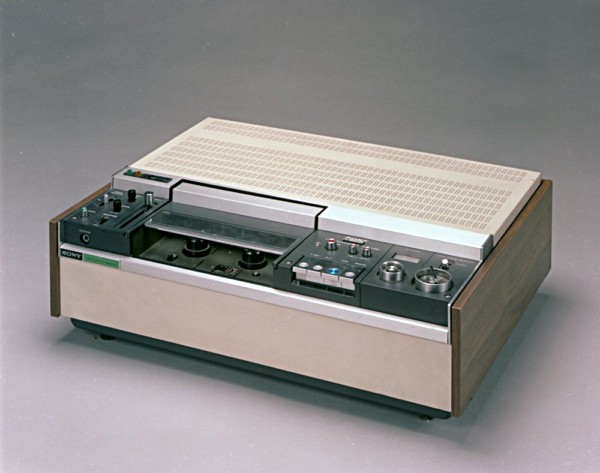 "Dude what's with the VCR talk?"

Well I'll tell you... Back in the old days Filmmakers were not happy with the change of film to video (They covered that in Boogie Nights) and Movie Theaters weren't thrilled with Mom and Pop Video Stores. So the ownership cost stayed high for VHS cassettes  (20.00 to 100.00 each) and if you wanted distribution you had to have a Film original to be transferred to 3/4" VHS cassett masters for TV airing, and others made to be masters to make 1/2" VHS cassettes for the rental/retail market. There's even more to it, but that's a whole other subject.

Andrew and Barry had done THINGS on 8mm that was blown up to 16mm as a master film print, so they had that covered as well as a booming Independent Video Rental Store market in demand for titles.

Now Warren was thinking why go through all of that? A 3/4" master of the then titled "A Taste For Flesh and Blood"could be made professionally by him on the same equipment and sent out to distributors. Then proceeds from that distributor along with a sequel would finance a future FILM project that he was training my friends and myself to work on. Then that movie could go through the transfer progress and have the film look that we love.

Well as I have heard all of my life "Rules are Rules..." And Warren had received one rejection letter after another from distributors. And they all pretty much said the same thing, the distributors loved the movies but needed filmed masters. On top of that were were already in production of A Taste For Flesh and Blood Part II which was being shot on 3/4".
A Taste For Flesh and Blood did get distribution, but it was during the dark times of Corporate Video Rental Stores squeezing out the Mom and Pop stores...
This was another heavy hit because while Mom and Pop Stores would have grabbed up plenty of copies for their Horror Section Shelves, B-Buster wanted a total re edit that would have killed the run time and would have taken up footage from Part II. But Warren stood by his work and our solidarity with the Mom and Pop Video Stores.

On the bright side it made it's way to Asia and Europe especially in Italy in 1994 (Grazie mille per alcuni tra i migliori fan dell'horror mai!) was covered by Fanatafilm and they even did an interview with me back then. And the distributor responsible for that deal wanted the re cut of A Taste For Flesh and Blood Warren had done along with Part II, the only request they made were to re title them. This is when they became Flesh Eaters From Outer Space and Invasion for Flesh and Blood.

Another eleven years later "Uncle" Lloyd Kaufman was given a copy to watch in Italy while filming "Tales From The Crapper" and secured a double DVD distribution deal with Warren and had a theatrical showing in Red Bank Art Cinema in New Jersey along with Two Boots Theater in New York. My Mom and my Wife were with me at the Red Bank showing and they were beyond proud.

*End of video history and back to THINGS*

I had my Mom watch THINGS two days after I had seen it and not only did she like the movie she also thought that it was great that Andrew and Barry were around my age and had their movie in video stores to rent.

So I watched that movie till it literally wore out and was on a quest to find a replacement. I was hoping to find another VHS version, but then had to deal with the thought of it being as worn as mine or worse a pirated cop of a copy...
Then I found out that it was re released on DVD! I put an order in for a copy on Amazon since I had to place an order for some medical supplies for my mom and had it sent to her place. Get ready to laugh because it gets funny.

So my Mom opens the box after it arrived and as she's going through it she finds my THINGS DVD. When I saw her the next day she asked me if I bought some kind of snuff film? And when I saw the cover I said "That's that horror movie from Canada that came out when I was working with Warren." The next day I brought over my portable DVD player and about five minutes in she remembered the movie and had me getting her caught up on how Andrew and Barry were doing. Because they are her other favorite Monster Movie making kids up in Canada next to the Soska Sisters.

Posted by TattooedSteve at 5:46 PM