The HELL HOUSE LLC. Trilogy - The Abaddon Hotel will leave the light on for you.

If you haven't seen them yet - stop reading now and go watch them. And I highly recommend The HELL HOUSE LLC "Special Edition Director's Cut". I started with the original version that I love but the director's cut has so much more to love in it. 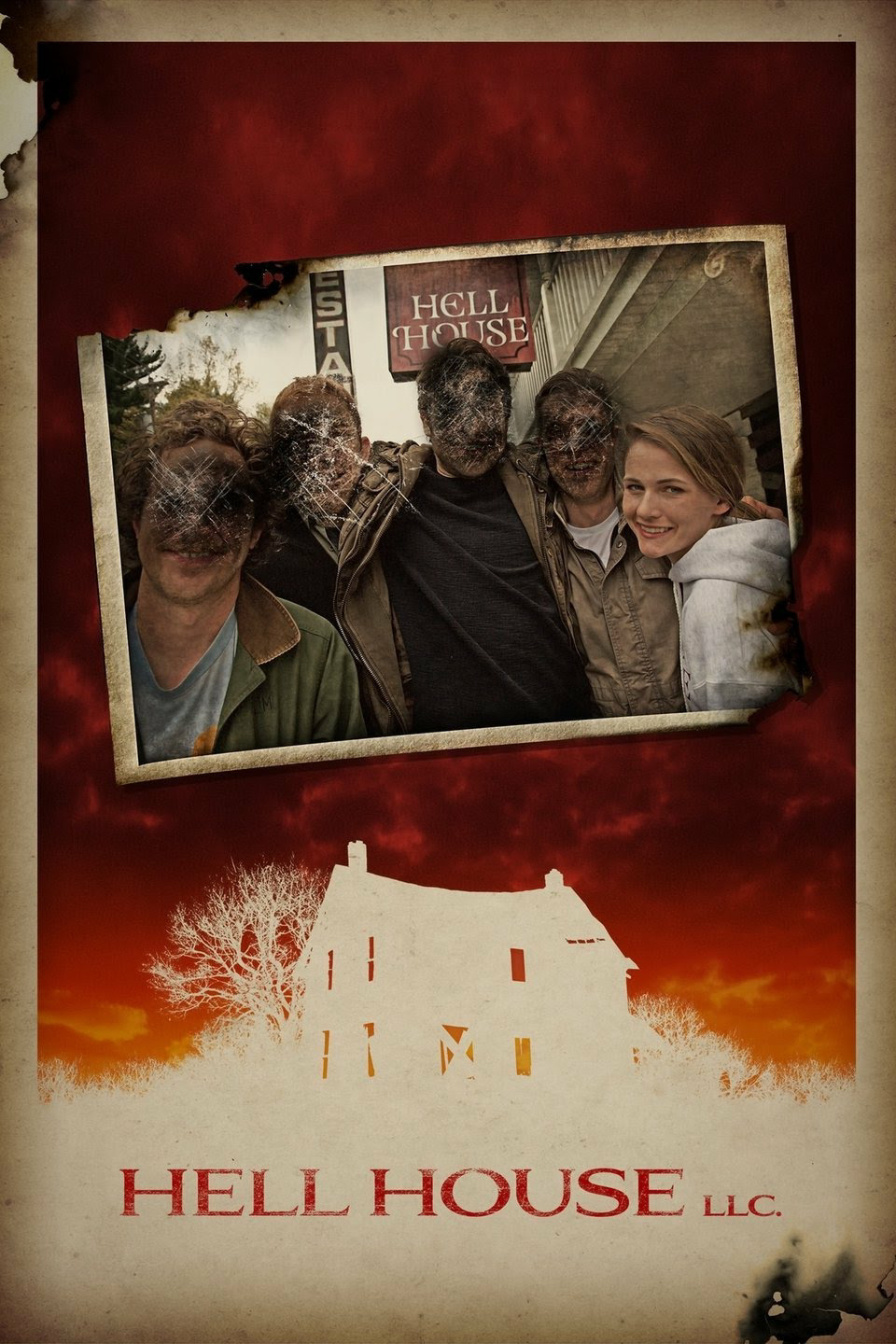 But if you have watched all three and are as excited as I am about The Abaddon Tapes series come in the side door, head on through the kitchen and pull up a chair in the dining room. 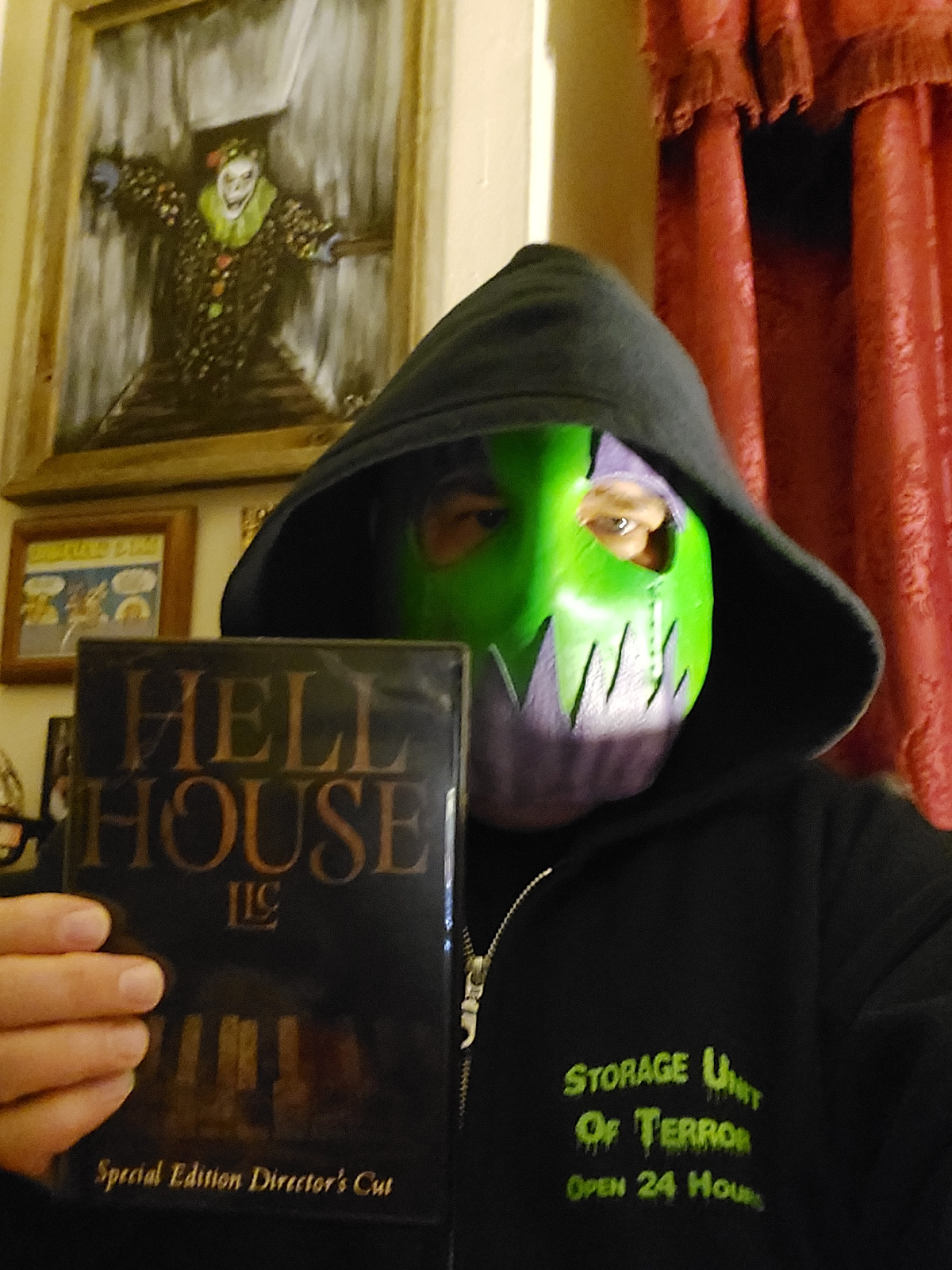 I think the main thing that I absolutely love about the HELL HOUSE LLC. series is Stephen Cognetti gave all of us another Universe/Reality to escape too and visit much like Kevin Smith did with the Askewniverse.

But Stephen's is scary... In a good way of course.

It's a reality that's based in our own current one, but outside of other differences and events the people are the same.

Like when people ask "Why do people go there?" And the frightening answer is they want the bragging rights and the fifteen minutes that come with it.

Look at that those underwater shafts like "Jacob's Well" in Texas and the "Eagles Nest Sinkhole" in Florida where there's warning signs everywhere but people still scuba dive in those caves and some don't come back up every year. There's even a video from a diver's GoPro on YouTube that was his last because his air supply ran out. And people still have to scuba dive in the same spot. And there's a mostly vertical cave shaft called "The Hell Hole" in Santa Cruz, California. Where there's a frame built at the entrance that I couldn't fit my thigh in on a money bet. Which is why it's there, because if you can't squeeze into that frame you're definitely not getting in or out of that cave. 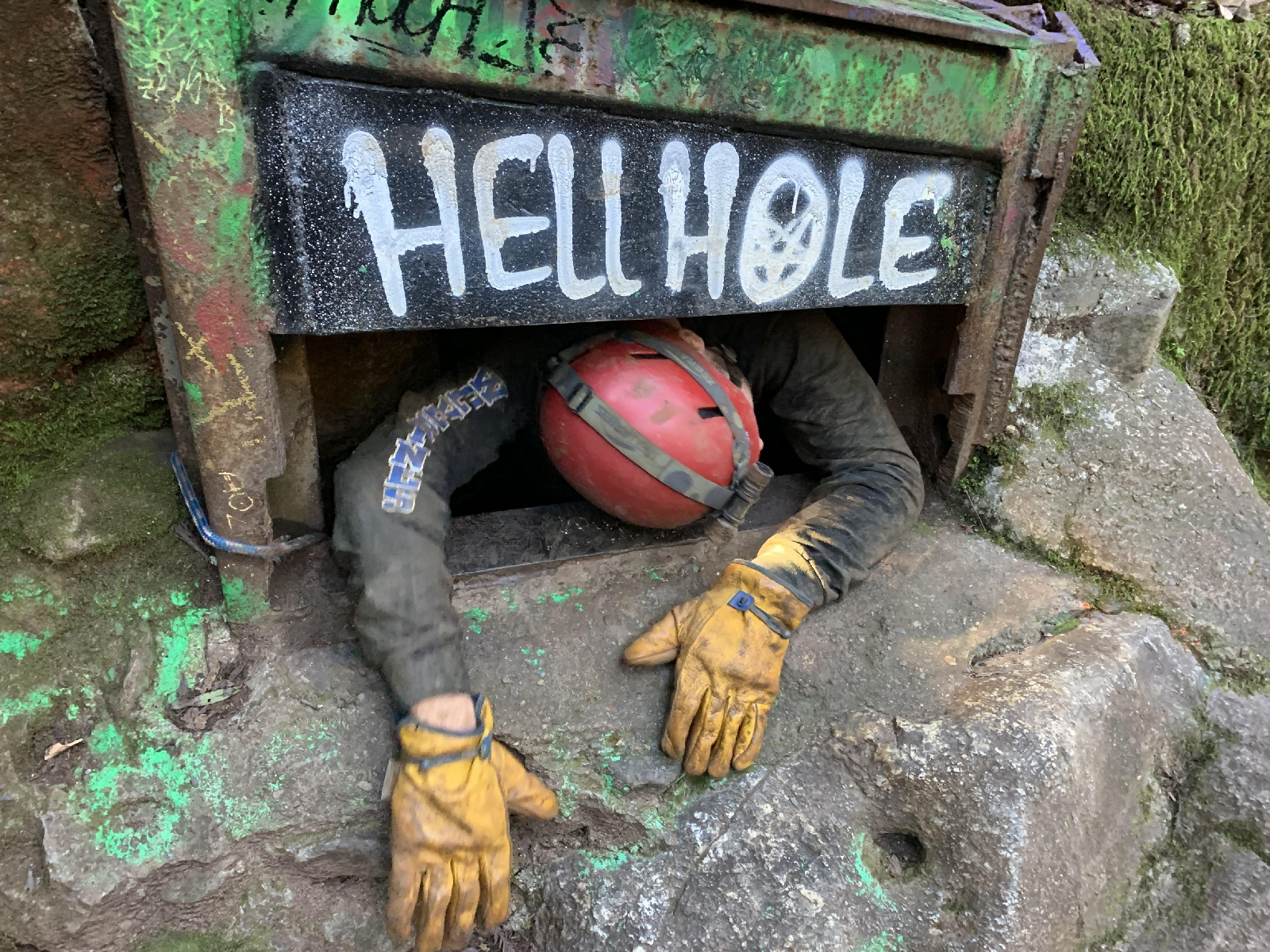 And if you get seriously injured or trapped you have a high chance of dying in there because only one person at a time can fit in most areas by crawling on your stomach. But there are still plenty of videos of teenagers braving it.

Then there's the YouTube and Tic-Toc challenges that have injured and in some cases killed teenagers and adults. Yet people continued to do them.

Which brings us to the people that went to The Abaddon Hotel. And answers the question of "Why did they sneaking in there after watching what happened to others that were Webcasting before them?"

And this is a huge reason why Andrew Tully makes the video recordings readily available. Because he knows it's going to peak someone's interest that needs to be the one that shows what's going on. And with him having the power to use "EVP" along with the knowledge he gains from each equipment professional that becomes part of the hotel and or Lake of Fire he wasn't running out of human information filled hard drives any time soon. The others that escape and survive or given haunt abilities are pretty much bait to attract more of the souls he needs to keep the portal to HELL he created open.

And people are so jaded and desensitized to a lot of dangers that it wouldn't become a big deal to them. And would probably start creating memes like this. Making fun of any Ghost Hunter or Paranormal Expert that came to a bad end and wound up coming to a bad end on YouTube or any other video site. 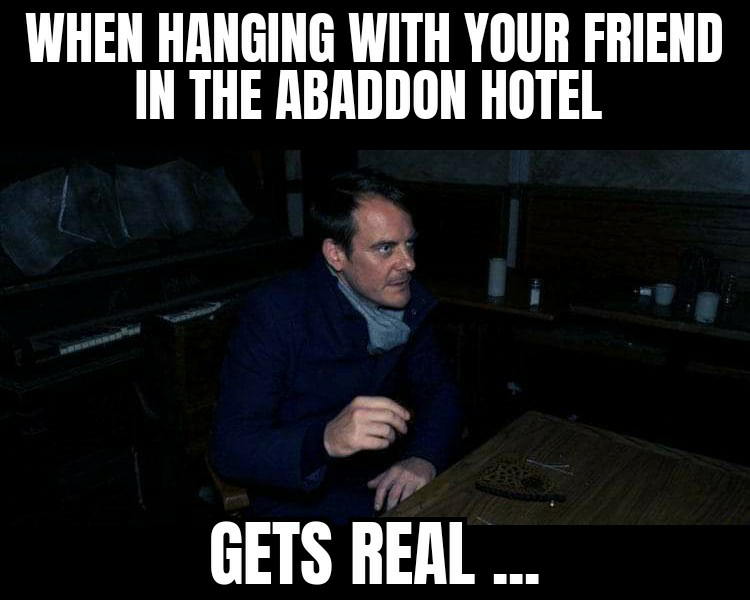 And there's an endless supply of cynics as well that just wouldn't believe it. Even with Andrew Tully and his powers being very real and documented in that universe they still wouldn't believe it. And would simply tell their kids to just stay out of that rundown hotel.

Then I'm sure discovered Alex's financial predicament with EVP from cell phone calls, text or emails in the area to and from creditors. And simply sent Alex a message with that power to get the Abaddon back in use without having to convince someone to reopen it as an actual hotel. Because it would have needed to be majorly renovated to be a functioning hotel instead of a seasonal haunt spot.

And the local police might not be necessarily covering anything up after reports of people going missing. A lot of them could just believe that someone or a group is sneaking in and murdering anyone that gets too curious. And use the Andrew Tully legend to hide behind if caught on tape. Or randomly calling and texting loved ones to taunt the families to get more victims. Or the "missing peole" are running a complex hoax for financial gain. Then again they do know it's terrifyingly real along with the town officials and they can't be at the hotel twenty four - seven. So those that chanced it brought it upon themselves.

Posted by TattooedSteve at 8:30 AM