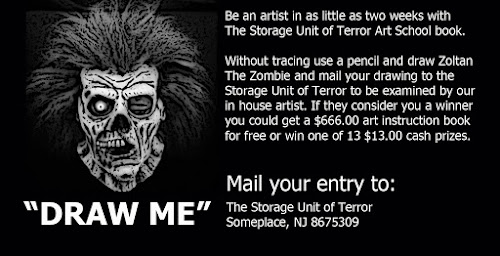 By: Stephen Mezo
From 1973 to 1978 The Six Million Dollar Man made every kid everywhere want to have Bionics in the worst way. There were all kinds of toys made from the TV show but when I was five years old the Fundimensions company had made snap together model kits.
My mom had bought Fight For Survival and Evil Rider. I had assembled them with no problem but my mom didn't think that I was ready to handle enamel paints so I just played with them as figures. The only problem was styrene plastic doesn't hold up well in imagination land.
But with the help of Ebay I was able to buy all four kits and paint them this time round. The best part of these kits were the comic strips on the side of the box explaining the action pose of each kit and they have to be seen to be really enjoyed. I'll let you have the fun of finding them on the web and getting a good laugh.
Evil Rider 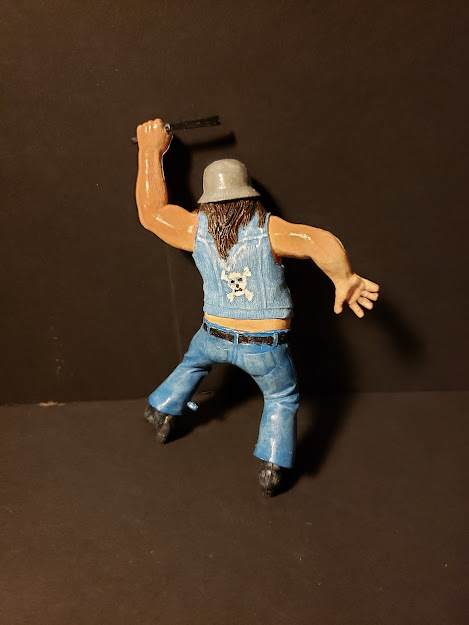 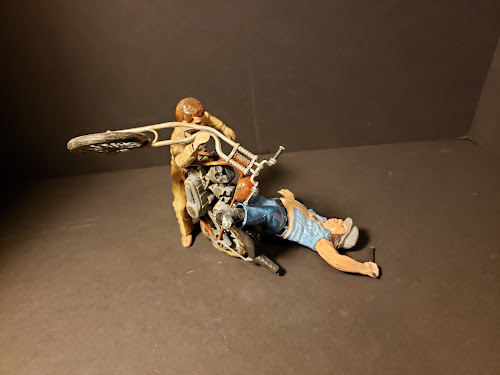 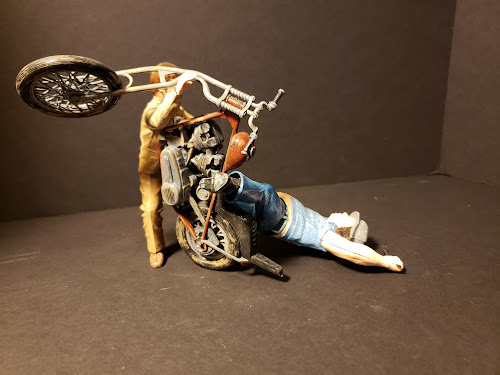 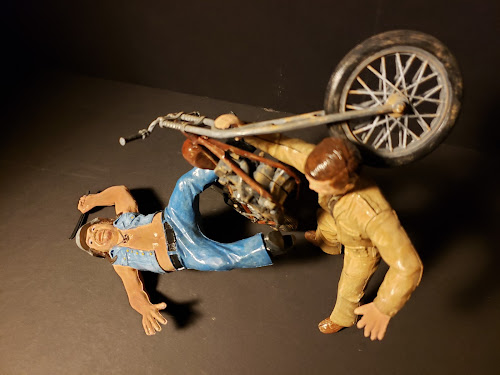 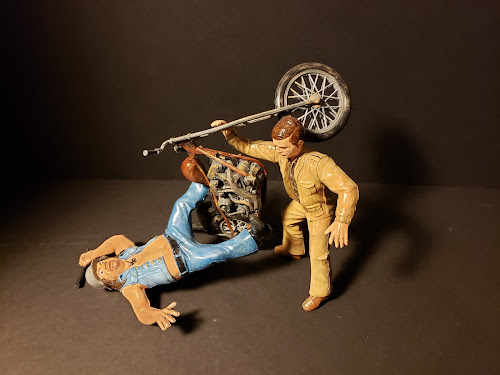 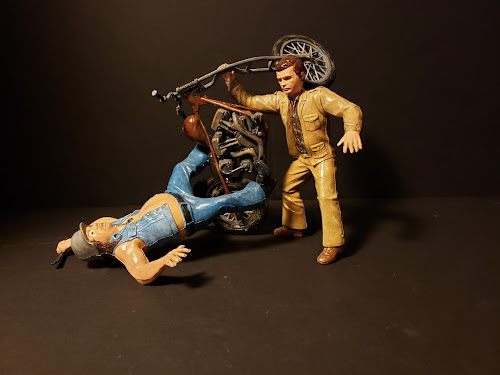 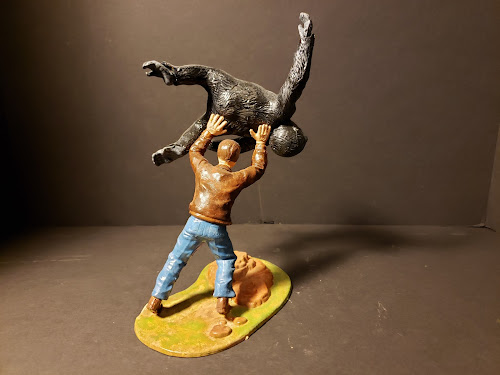 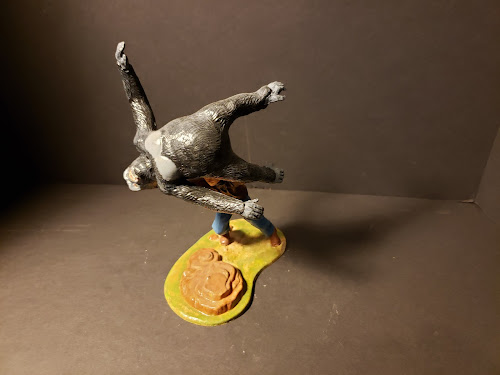 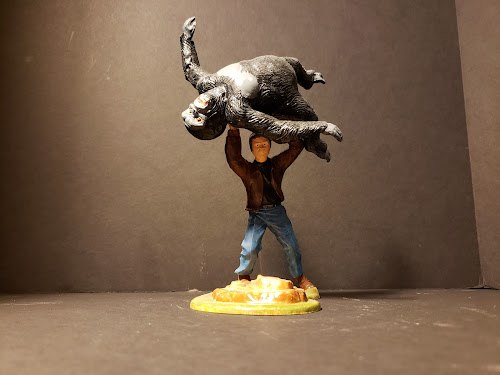 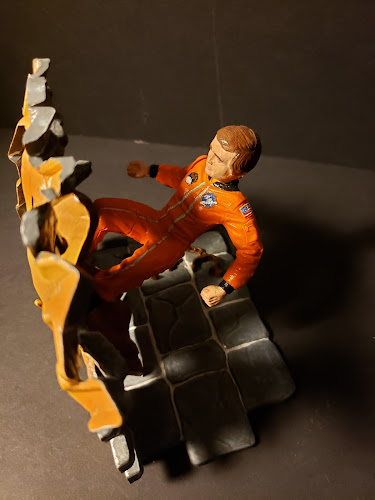 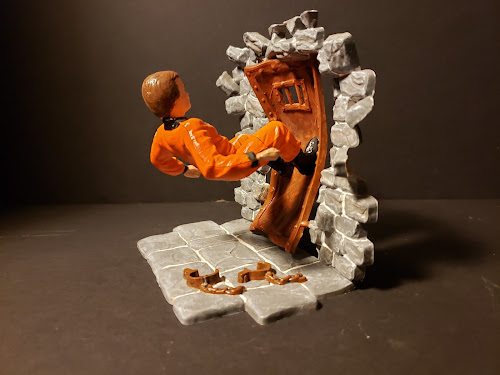 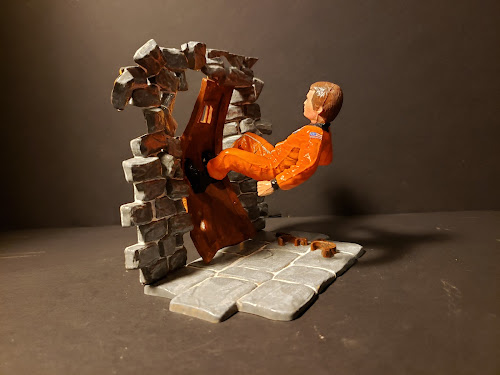 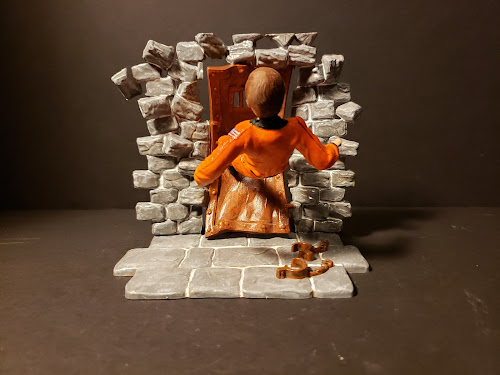 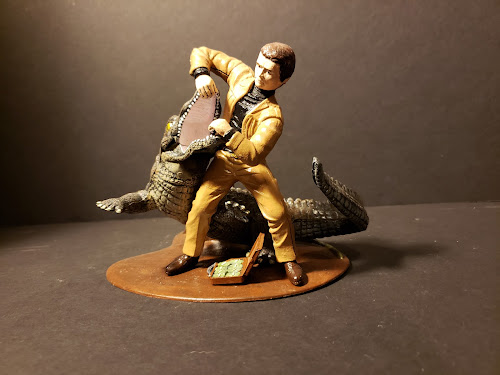 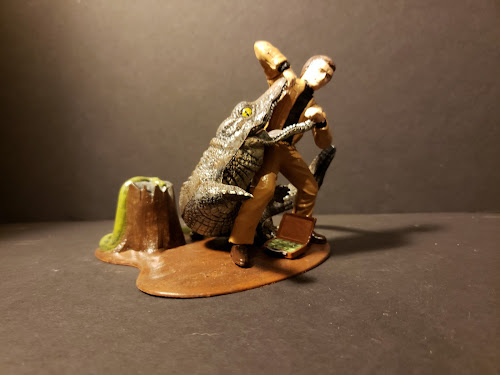 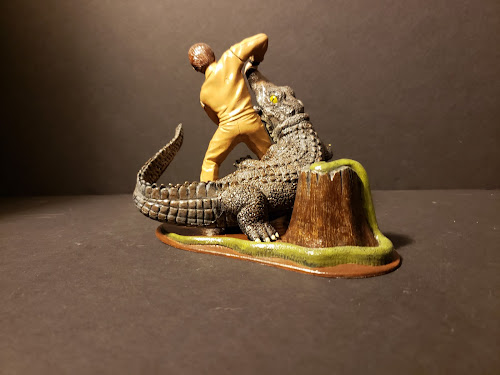 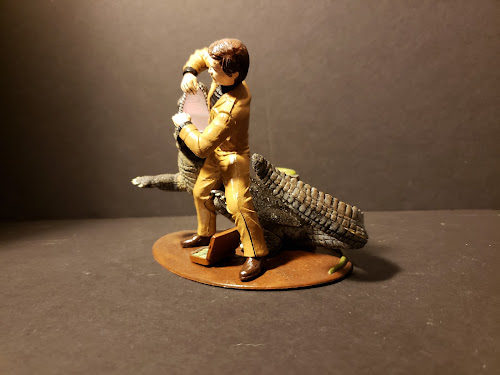 Posted by TattooedSteve at 9:43 AM