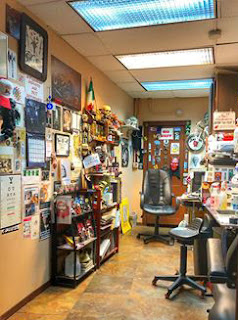 
John Fitzgerald "Fitz" was one of the best people that this world ever had. Not only was he a professional tattoo artist at Taboo Tattoos in Keyport, New Jersey he was also a professional graphic artist that had created artwork for the band Mass Psychosis and was a minister.

And that's not all, he's also been a much loved husband and father of two daughters and a son as well as a loving grandfather of three grandchildren.

Even after he crossed over he still helped those that will never have the chance to meet him, but literally have a part of him living on inside of them now.

He had an incredible sense of humor and a love of Sci-Fi, monsters and PC games that most of us shared too. And loved discussing them all with us when we visited him at the tattoo shop.

His sudden passing was a hard hit to all of us, but now we have to keep his memory alive and ask ourselves WWFD? before making the rash decisions a lot of us are famous for.

Love and respect till we meet up again. 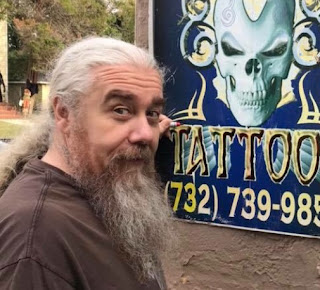 My second tribute to FITZ
Fitz and me both had the same love for the movie ALIEN and the work of H.R. Giger, especially his design of the Xenomorph. Fitz even had one tattooed on the top of his left forearm.

And recently I've gotten back into model building so I decided to do one that connected Fitz and me in his memory and as a dedication to our friendship. 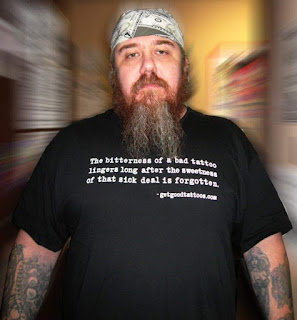 Fitz's wife Missy who is another of my closest friends had given me a portion of his ashes to take home in a pill bottle until my Xenomorph model kit arrived in the mail.

When it arrived I went through my supply cabinet to get out my model building tools and when I did I found that my wife had brought home small empty vials that had contained eyeglass crews for shipping to her old job. And Fitz's ashes fit into the vial like the vial was made to be the exact size I needed. 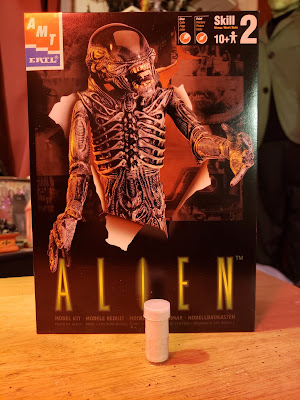 Then when I was prepping the model parts I found that Fitz's vial fit into the Xenomorph's head like it was custom made for it. 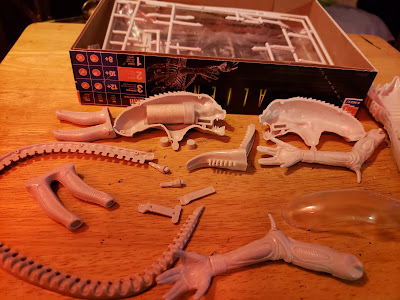 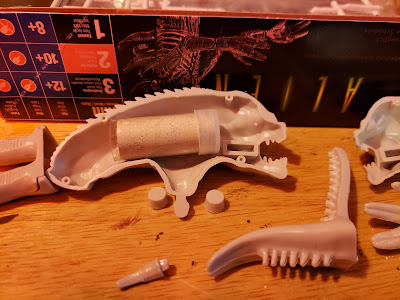 And here's Fitz in a memorial that I know he's happy with. 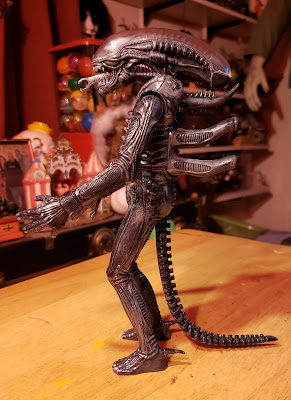 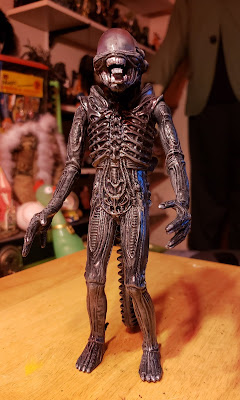 Posted by TattooedSteve at 2:29 PM