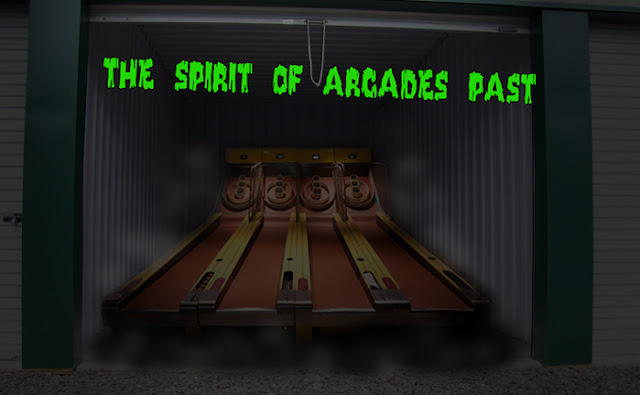 
I have had an absolute love for Mechanical Shooting Arcade Games since the first time I ever played one in the game room at Two Guys department store when I was six years old.
I can't remember which company made it, but I do remember that it had a seat with some kind of cannon or bazooka and metal army men raised up from foxholes and if there was a hit they would go back down and you would score points. And it had explosion sounds and lighting effects.

My Mom called games like these quarter eaters because they were timed unless you were good enough to get a second play score. Unlike pinball machines that could be played for hours if you had the skill to do it. Or claw machines that would give you hand fulls of green army men or dinosaurs.
She just didn't understand that this game was my backyard green army men battles turned up to eleven. 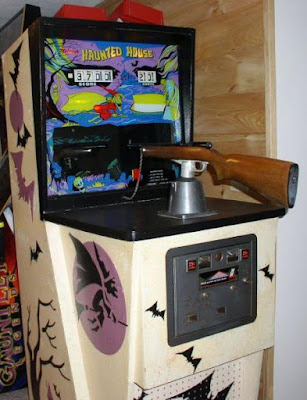 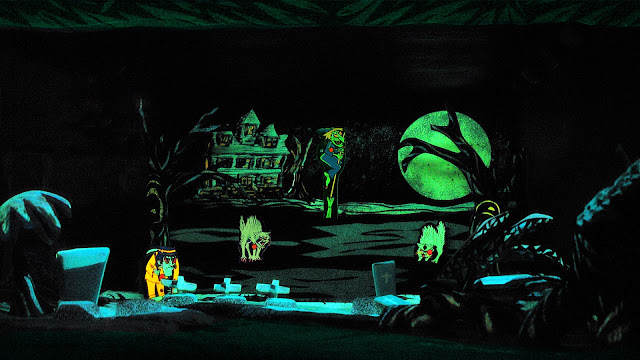 This game is so awesome and had three of my favorite things. Toy guns, monsters and day-glow black light infused artwork. I would play it as much as I could and try to rack up as many free plays as possible.
Then when I had seen the inner workings of the game itself on YouTube I was beyond blown away by how simple it was, but still provides so much entertainment.

And then there was SEGA's "GUN FIGHT" 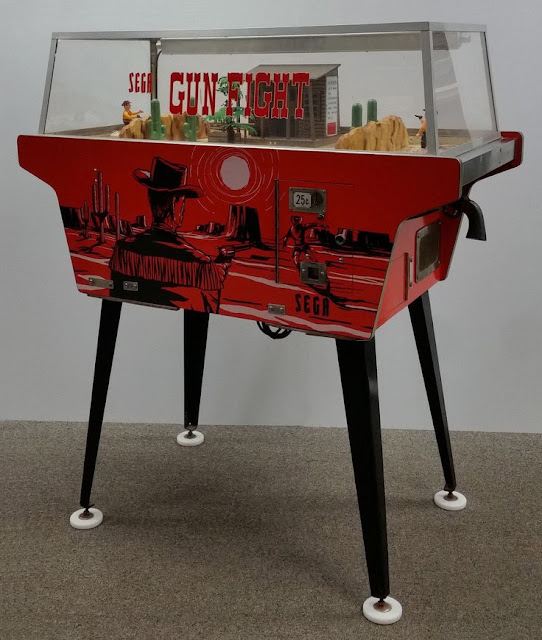 This shooter was awesome because you would fire until one of the the two action figures fell backwards on a hinge and the cacti on each side would break in half too. But the only down side is you needed another player to play against.

As time went on I found so many more versions of the mechanical shooters and action games and loved playing them all until SEGA released "Killer Shark". 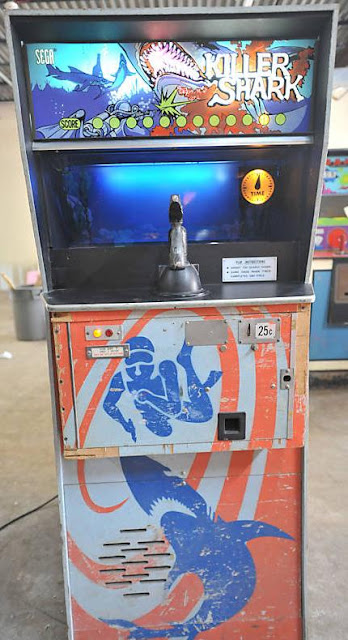 It made a cameo in the movie JAWS which led to some of it's popularity three years after it was released in the arcades.

It had it's place in the shooting game universe, but for me the projected sharks just didn't have the same feel as the original mechanical shooters. 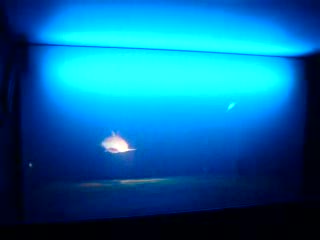 And just when I thought shooting games in the arcade were lost to me the EXIDY video game company stole my heart and probably what could have been years of future car or rent payments in quarters. 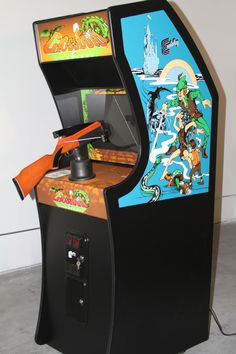 It was cool because even though it was a video game screen it had really kicked up the challenge of the Shooter Game, and unlike the the mechanical versions it wasn't timed and there were a lot of different levels to keep you entertained. 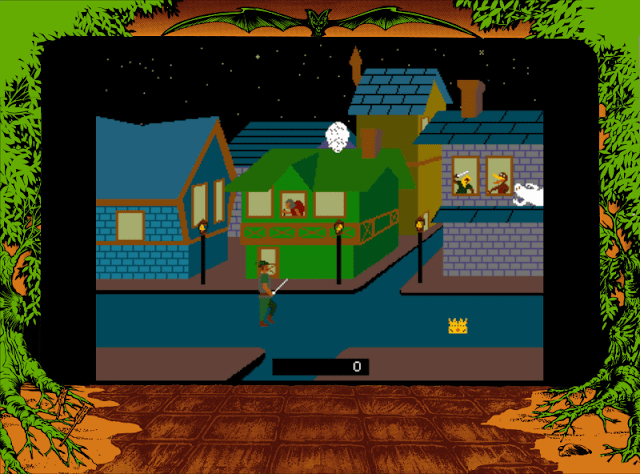 It doesn't look like much here, but the challenge of the game was to provide cover fire to the adventurers as they made their way across the screen to their goal. And you would have the the trolls and evil elves throwing knives at the adventures as well as ghost looking to take them out. The duck was there to distract you and just mess with your head.

Then there was a desert level with giant ants and scorpions coming from every direction and vultures swooping down at the adventures. They had made a western version of Crossbow called "CHEYENNE" soon after, it was okay but didn't appeal to me as much as Crossbow did when I played it in Bev and Wally's Arcade on the Keansburg Boardwalk. 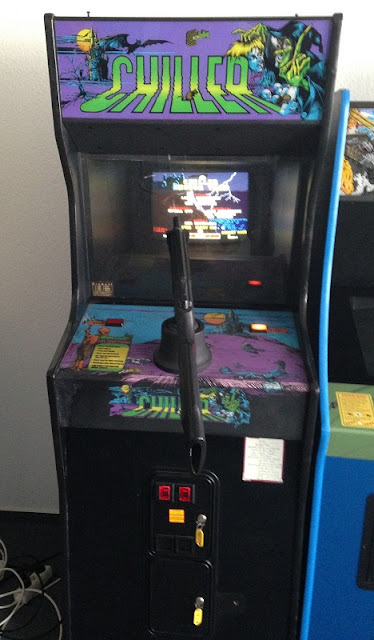 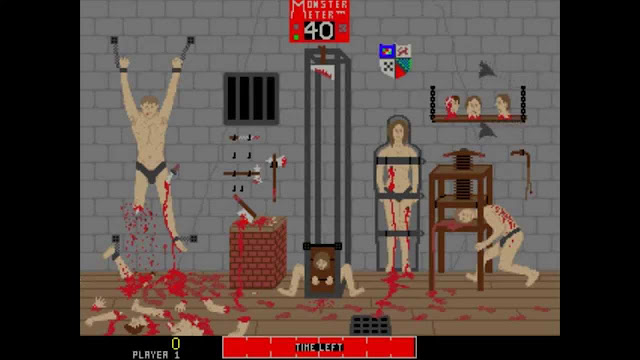 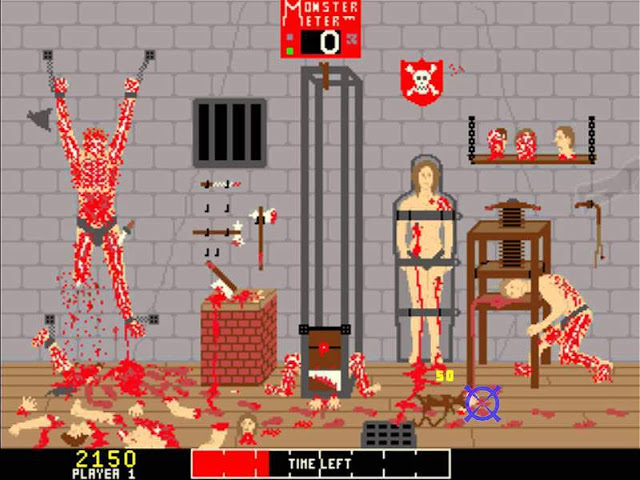 It was timed like it's mechanical predecessor but if you were quick enough and figured out the targets that gave you more time you could get a lot of play out of it on one quarter. The funny thing about this one was I had no idea that it was being banned in arcades all over the country while I was playing it all of the time in Rite-Aid in Hazlet.

After that a lot of smaller arcades were closing down and stores were getting rid of cabinet games because home systems were gaining popularity again. And once again I thought that was the end of the arcade shooting games once again...

And then when the TAITO company had released a new arcade shooting game called "Operation Wolf" during the Action Movie craze you couldn't even walk into a laundromat without bumping into one. 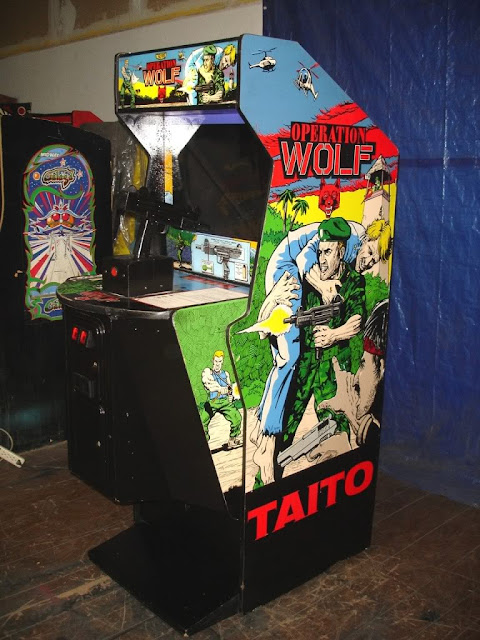 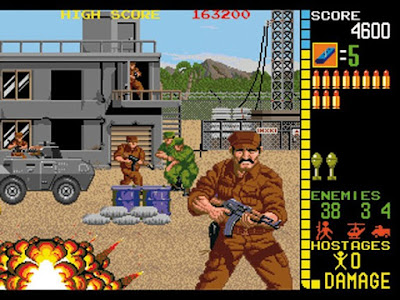 This game had it all and with no time limits. You were armed with hand grenades and a compact UZI to make your way to the enemy camp and rescue the hostages held prisoner by the enemy forces.

After that arcade shooting games had gained enough popularity that arcades and movie theaters started getting one of my all time favorites of the new generation and it was SEGA's "House of The Dead" and it's sequels. 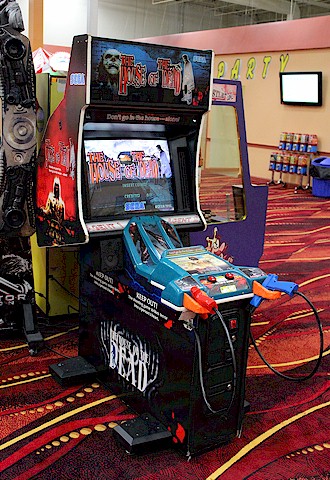 This is a screenshot of House of The Dead 2 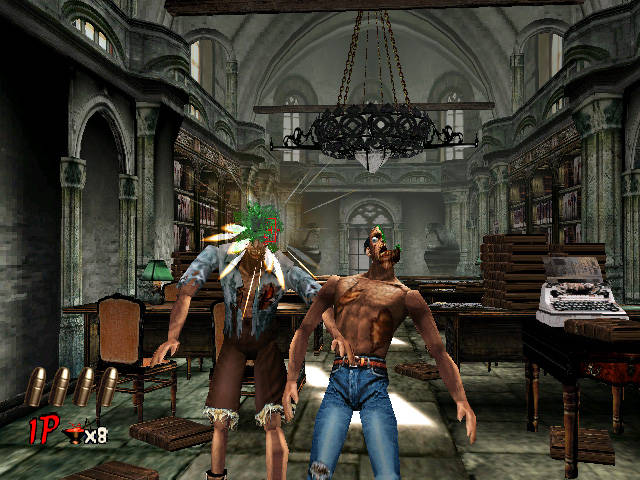 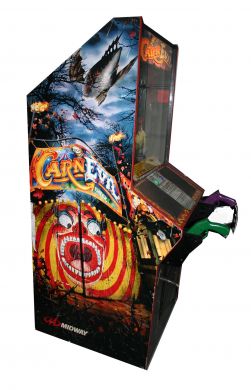 And it takes place in a haunted attraction that's haunted. 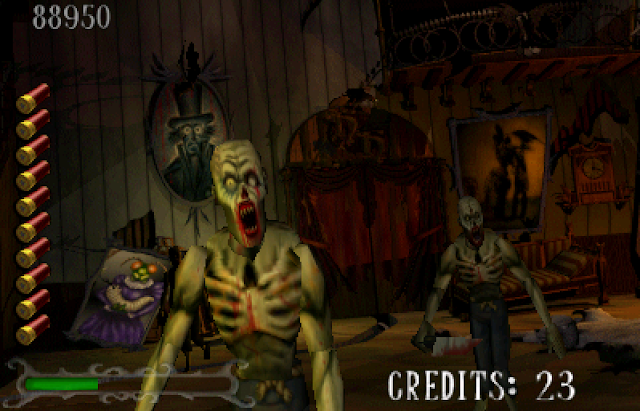 And that strikes me funny because it's like MIDWAY and SEGA came full circle because they were the companies that created Mechanical Shooters for arcades in the first place.
Posted by TattooedSteve at 11:05 PM