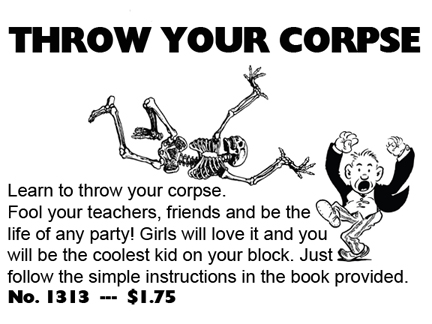 Ever since we all saw that infamous opening to A Nightmare on Elm Street we all said "I have to have that glove!" 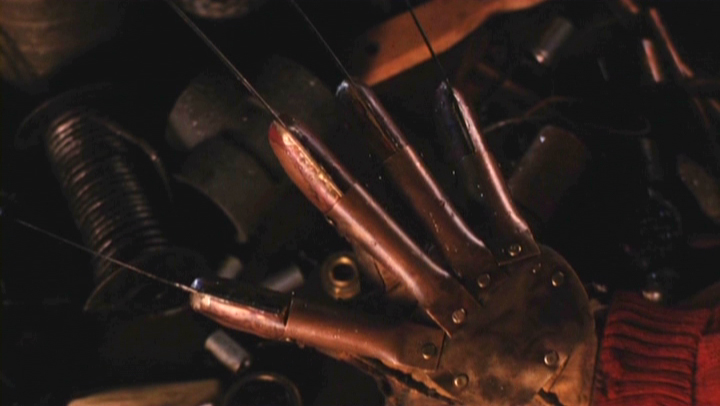 And we all bought this one first... 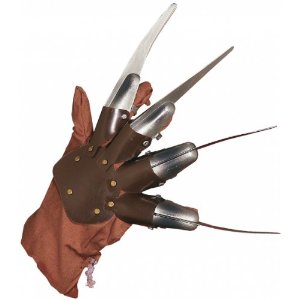 And we made due. 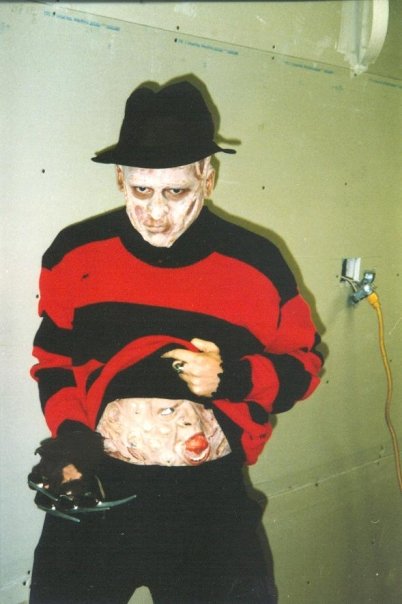 Me back in 1991with a serious repaint on the glove.

I even made my own appliance 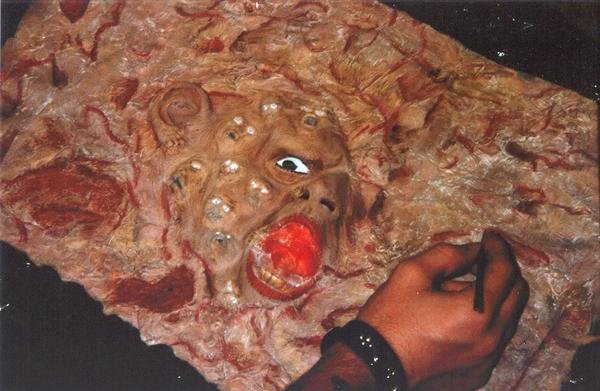 But there were others that weren't satisfied with just repainting and or modifying the plastic Halloween glove. They went to their work benches and figured out metalworking, and then started an entire community of fabricators. 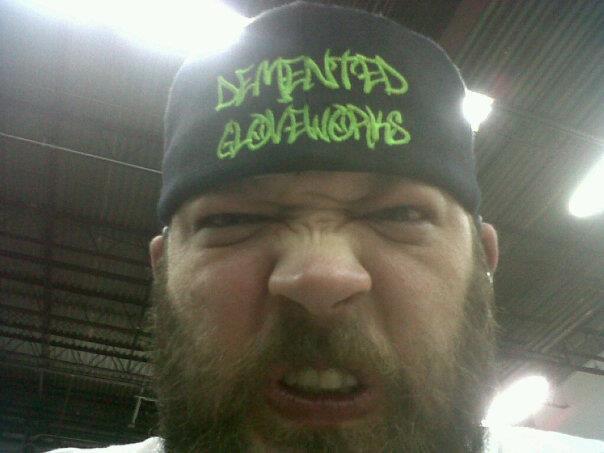 Lets go with this picture instead... 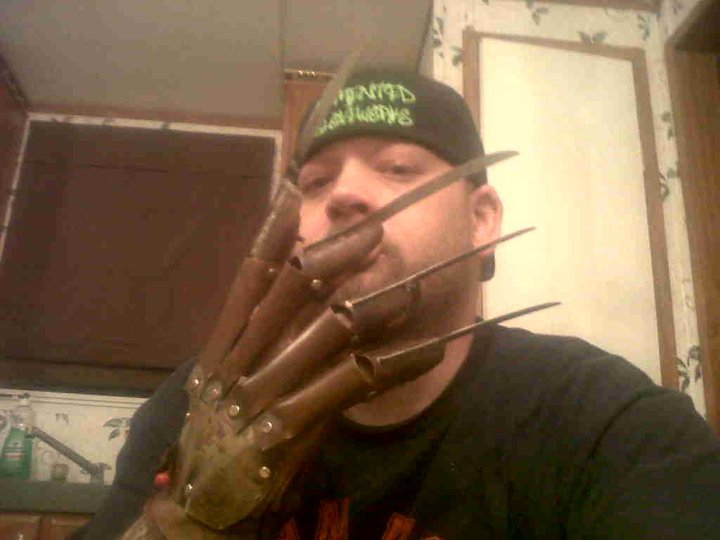 I had met Brian through Russell Neal II when we were writers for Scott Ruth's DmentD Cinema website. Brian and I have the same sense of humor and with him being so down to earth and we wound up hitting it right off.

As I kept in touch with Brian he had invited me to join a group of builders as a Retro F/X Artist. I did and was blown away by how much I had learned being part of that group. And found a whole new level of respect for builders. I mean I've always had a respect for them, but I had learned so much more.

The main thing I learned was there are more than one style of glove. Each movie has a different styling of the glove, just like each Friday The 13th has a different goalie mask.
A lot of people including myself just took it for granted that it was always the same, because Freddy's almost always in dimly lit scenes and always moving.

You've seen the original in the picture up top now scroll back up and see how it was buffed out and shined up for use in Part 2 here. 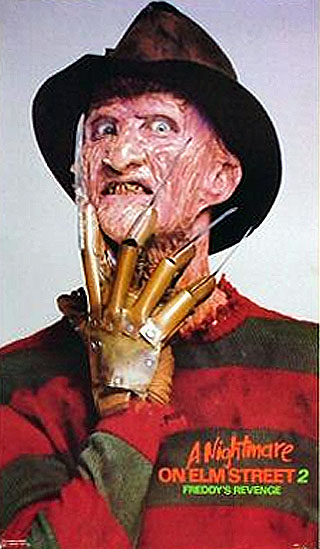 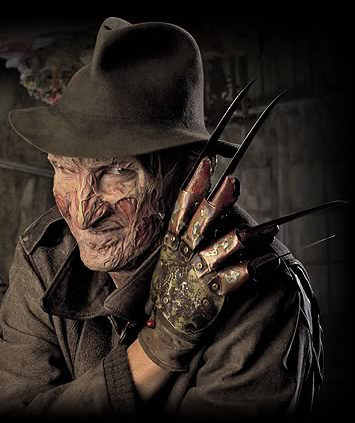 This is the Part 4 I had paid Brian Sills to make for me. 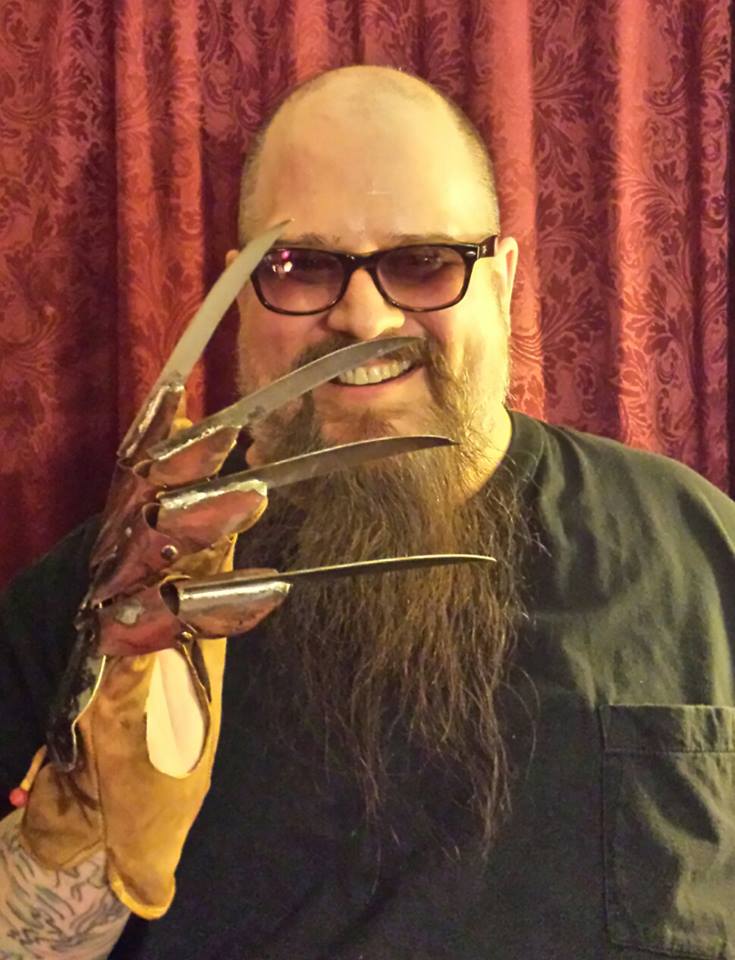 And I love it 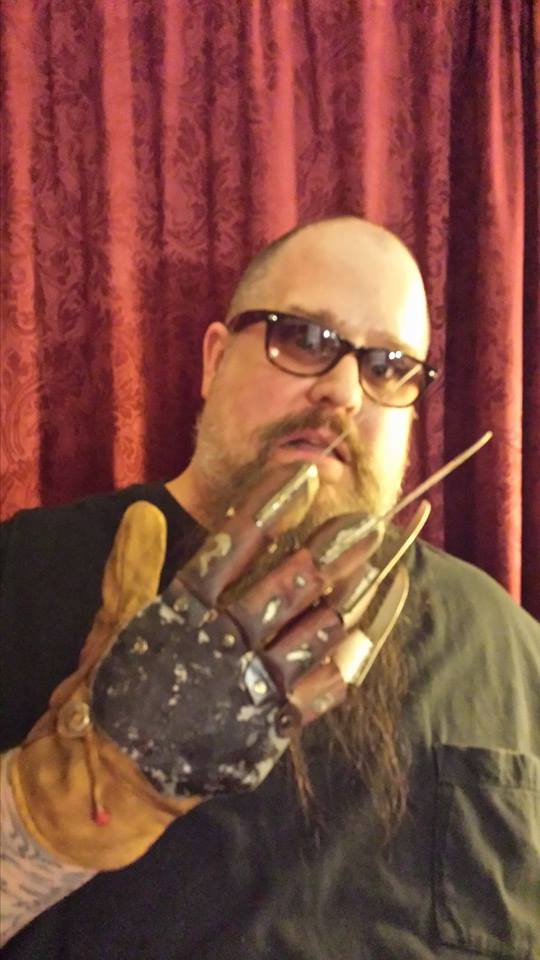 Now everyone's choice of which glove they want made varies for all kinds of reasons. Some are purist and want one because it was the first one to be seen on screen. Others like the more polished look of Part 2 and others like the broken in worn look of Part 3.
I chose Part 4 because I love how it looks like it's been through everything from the last three movies. It's blood stained, been burned, buried and just wasn't well kept while it was away from Freddy.

Brian has been building the gloves since 2010 and does fantastic work. I think it's really cool how he puts the research and work to make them sturdy as well as screen accurate, but styles them just enough where you know he was the fabricator.

I like the fact that each fabricator puts their slight design signature on them. Otherwise if they were all screen accurate to the hundredth percent they wouldn't have personality and might as well be made by an assembly line. 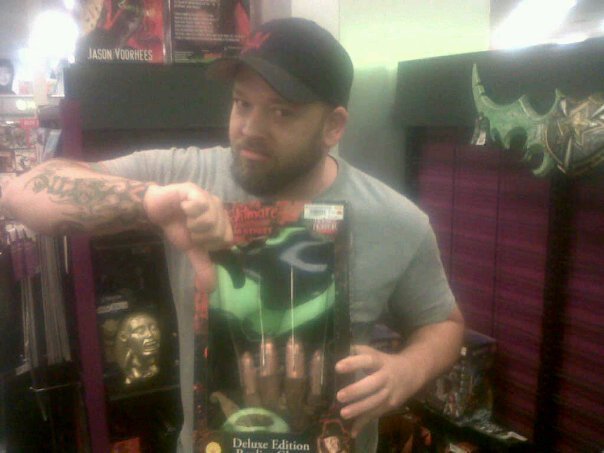 And for the price these go for you might as well save up a little more and have Brian make one from your favorite Nightmare movie.

Did I tell you about the miniature gloves he makes as well? 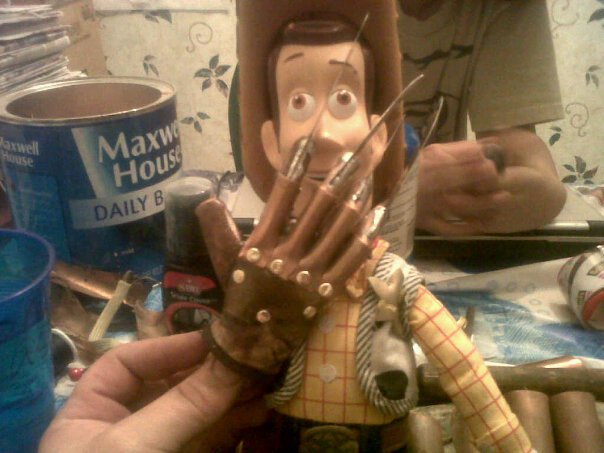 I was in work when my glove arrived and my wife got to see it before me, and even she was blown away by the great job that Brian done.

Then she had sent me this picture in a text. 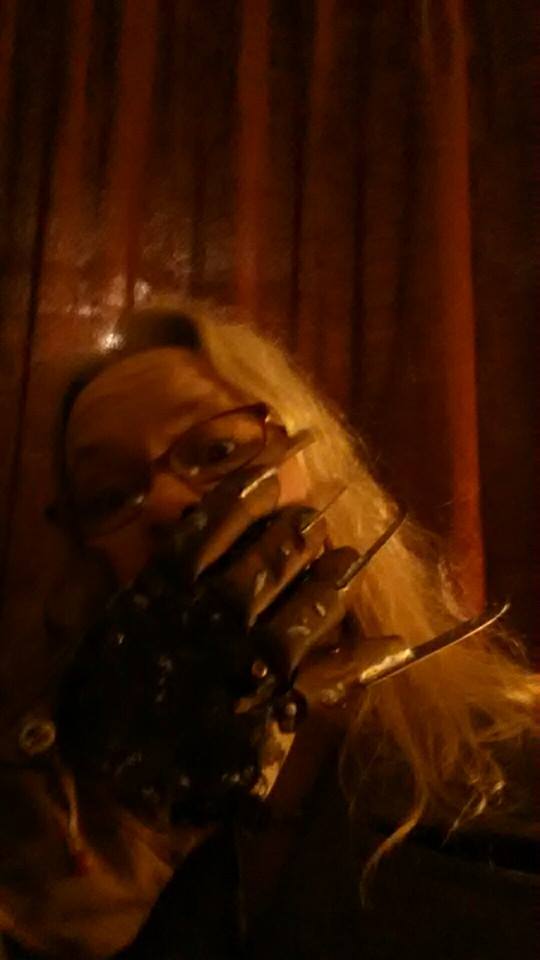 I just about went nuts when I saw it in the picture and couldn't wait to get home to see it and try it on myself! And when I got home I was not disappointed at all.
The welds were solid and you could tell that the whole thing was made to outlast me.

You can see more of Brian's work and place orders on his website
www.dgwgloves.com