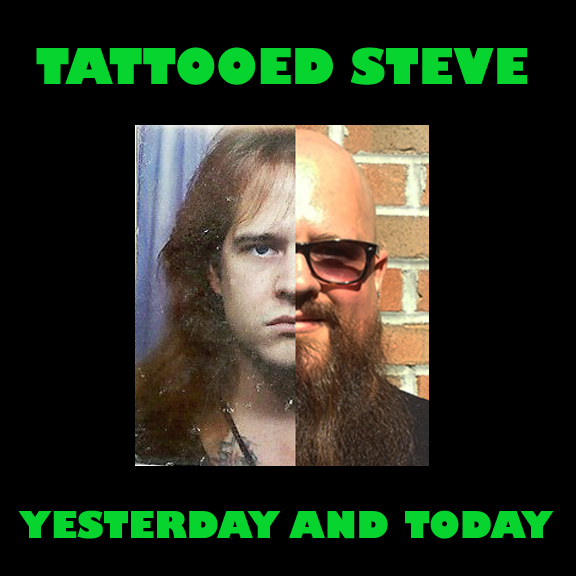 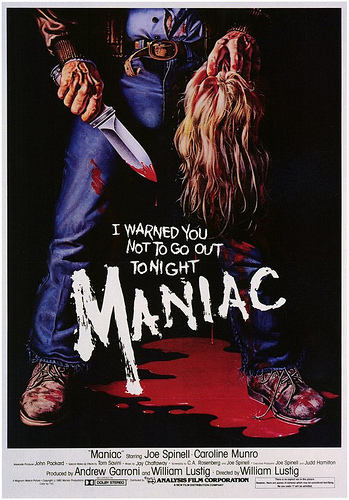 No typo there, we saw all of the buzz it was getting on the news back then. And when word got out that Roger Ebert walked out after only watching it for thirty minutes we knew we had to see it.

The funny thing is Friday The 13th that we had just seen a couple months before was way gorier, and Blood Beach that we had seen the week before had way more jump scares. So my mom and I couldn't figure out what all of the fuss was about? And except for one topless scene it reminded us of "Starsky and Hutch" just without them in it.

But I really liked it a lot and Joe Spinell always reminds me of a much loved uncle. And Joe's hairdresser scene sealed it as a favorite for me because my uncle Chico was always a prankster and would do something like that to get a laugh out of me. 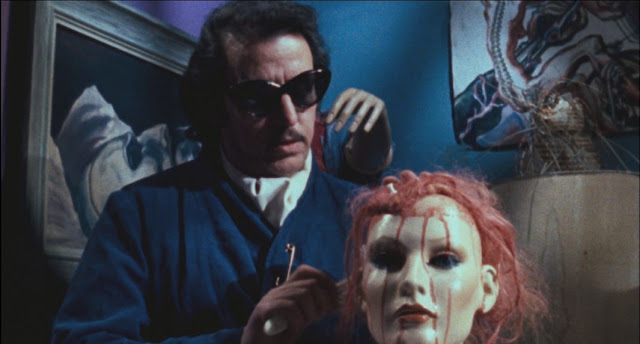 About five years later I lucked out and scored a MANIAC poster from one of my favorite Mom and Pop Video Stores. And it called one of those snap together frames together home for a while.
I've had it for years but almost lost it, thanks to a roof leak over my closet. My wife and I had just moved into our current place and were still figuring out what to put where. So I had kept the framed poster and others to get professionally framed in my bedroom closet.
Well the leak had ruined a Godzilla poster, a autographed CLERKS poster and an autographed KISS poster that was gift from a friend.

It may be a little worse for wear now, but I think it adds character to it and it's safely (professionally) framed on my wall. The best part about watching MANIAC years later is seeing props from "The Prowler" in Frank's apartment. The plaster mouth on Frank's door is part of "Farley Granger's" head casting for The Prowler's death scene.


Now we fast forward to 2012 for the MANIAC remake. 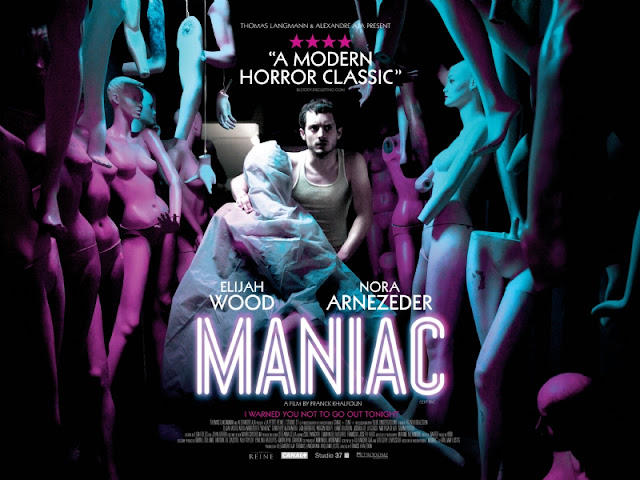 Okay I'll be the first to admit I yelled "REMAKE?! WHAT THE WHAT?!" But when I saw Elijah Wood was playing "Frank Zito" it gave me some hope.

Then I finally saw it and it delivered! Elijah was great as a Frank Zito that you had more sympathy for. And the whole first person take on it added so much. 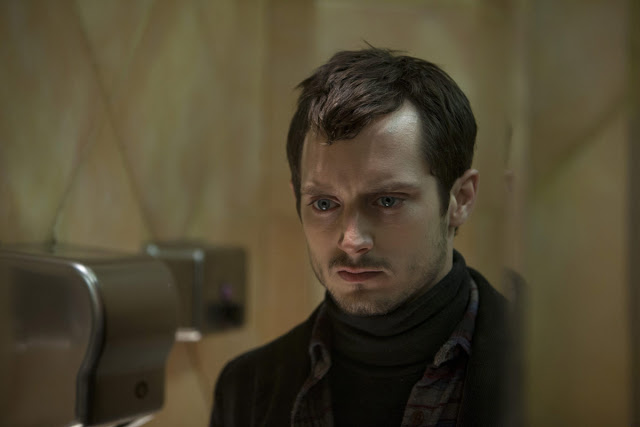 Another thing with this version is even though you were witnessing/partaking in Franks brutality, you found yourself kind of rooting for him to keep it together for Anna.
"Rob Dimension" (No Clowning Around / Baggage) brought up a great point of how the cities where each movie took place were characters in the movies themselves.

And I really liked that it was made more as a homage to the original, and had one of the coolest tributes to a predecessor in a long time.

Posted by TattooedSteve at 5:47 PM