Put some tinfoil on those rabbit ears so we can watch Monsterama GO-GO!!! 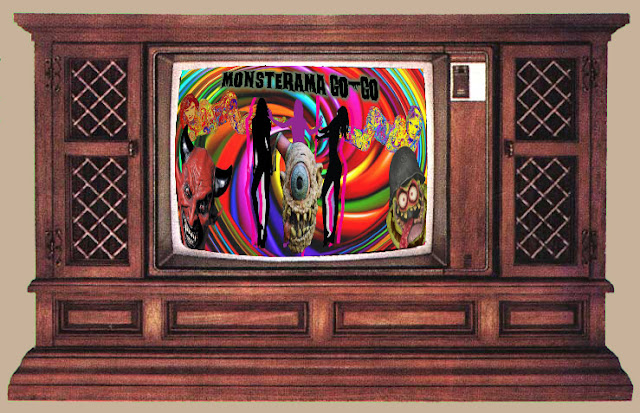 Your Hissstorian of the Monster Moldy Oldies Scott Ruth is going to show you things you may have forgotten about or never even seen!!!

After a way too long brain break from the land of the living dead, undead... used to be living, but are now dead then are animated now? Whatever! He's the man that helped me go from cave drawings to bathroom stall scribblings with my writing!

He is now transmitting from a long forgotten Cable Station in a super secret location! And his show Monsterama GO-GO is coming at you live! He is delivering REVIEWS AGAIN, giving all kinds of shout outs to friends that are running around the haunted forest and graveyards of Indie Horror. 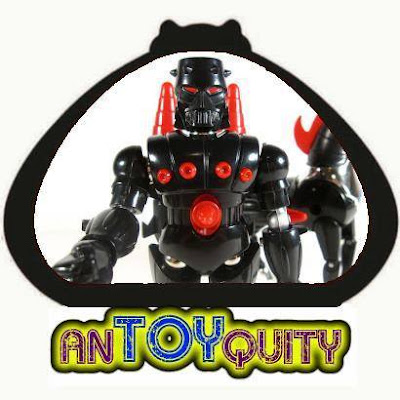 AnTOYquity is a huge collection of all of the retro toys out there. I'm serious if Scott Ruth doesn't have it listed it doesn't exist. There are a lot of Retro Toy sites out there (And I do enjoy them all), but Scott seems to find stuff that were in my own toy box that I forgot about or I wish I knew existed.
And he researches and list the (current) market values of the toys which is pretty cool too if you plan on getting them.

And I have a feeling that Scott is going to start bringing back his findings from the tombs of Retro Advertising too. I remember way back when Scott had shown me a ton of them from the 60's and 70's, where my jaw dropped and I was like "An Ad agency gave the green light for this?!" You think some of the stuff you here now is insensitive? Ha Ha, these ads would have made most P.C. people faint!

If you haven't been to Scott Ruth's sites yet and have never read one of his reviews, get out there and do it!
Posted by TattooedSteve at 8:01 PM