You Can't Keep a Good Undead Band Down! 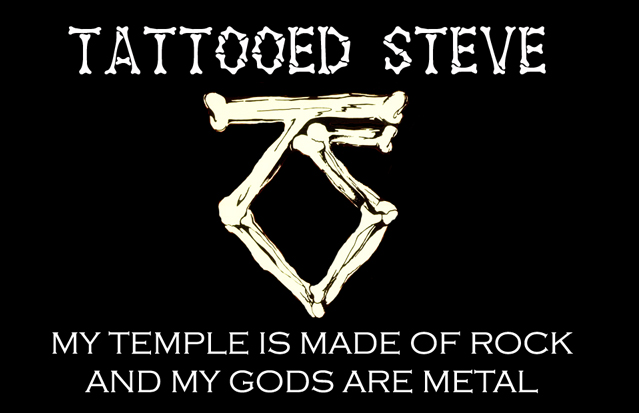 A really long time ago I loved music as much as movies.
Heavy Metal music to be exact and I knew just about everything there was about these bands. I knew their influences, major venues they've played and everything else that was fit to print.

But Grunge had come out in the 90's and it pretty much ended me keeping up with anything after...

I drifted to and fro with other styles that I liked. It was a lot of fun finding about Ghoul Surf, Rockabilly, Splatter Punk, and others. But nothing really took me in like Heavy Metal. So this is a lead up to the band I'm going to talk about now. And I have to say it really connected with two of my lifetime loves Monsters and Rock Club Bands.

If The Storage Unit of Terror had a house band
"The Rhythm Coffin" would be it!!! 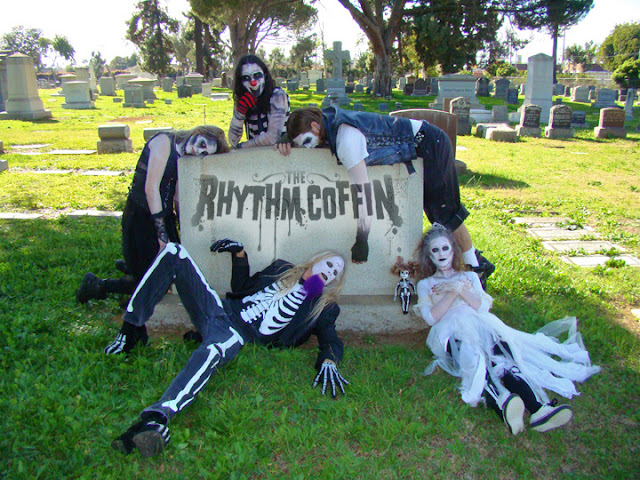 The Rhythm Coffin Lineup is...

GhoulHectic Clownie (Ghoulio) and Gruesome Gereg had requested me on Facebook over a year ago and that's how I had found out about the band. From then on I had followed their adventures and music, and I couldn't find a single thing that I didn't love about the band. Now as far as me not having enough sense to type about them on the site sooner might have been explained above.

But here I am typing about them now.

They're whole persona takes me back to my favorite years in the 70's of being a full time Monster Kid. My only responsibilities back then were reading Famous Monster Magazine and Horror Comics, assembling plastic monster model kits and having Green Army Men fight Monsters and or Dinosaurs in my back yard or Bathtub.
And watching Scooby Doo every Saturday with mom.

And their stage presence is a collage of past favorite memories from Billy Van's "Hilarious House of Frightenstein", Mad Monster Party, Haunted Attractions, KISS Meets The Phantom of The Park, The Groovy Ghoulies and countless hours in Rock Clubs seeing Unsigned and Headliners when I got older.

Besides the stage show, they always look like they love being up there! Look at any picture of them at any live appearance and they are all smiling the whole time. I mean they are a group of people that do it for the love of it. I mean yeah everybody wants Rock Star Money but if you're not doing it the way you want it turns into a job.

One of my favorite songs is "Gruesome's Cockroach Coffee" and there's others that give the directions to the latest dance crazes in the graveyard, but all of them are fun listens.

Check them out at their Facebook
THE RHYTHM COFFIN

Posted by TattooedSteve at 8:36 PM