I know a lot of people are talking about "The American Scream", but I lived it. 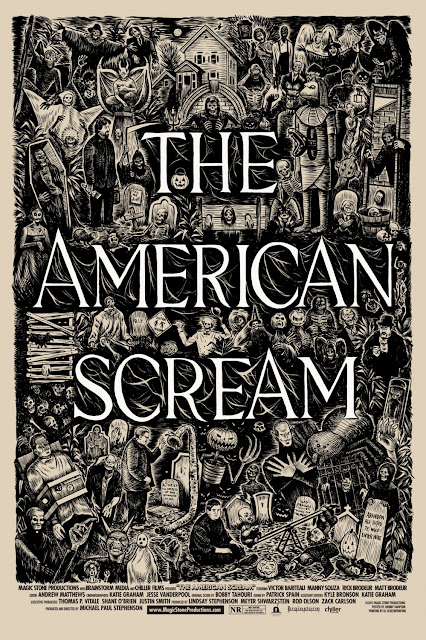 If you haven't seen it yet and love Home Haunts and Attractions, this is one that you have to add to your October must watch list.

This one is a favorite documentary of mine because of my lifelong love of Haunted Attractions and Dark Rides. And the love and dedication that these people put into their creations really show.

One of the fabricators and builders we meet is Victor Bariteau who had went from advanced home haunter to opening his own Haunted Attraction "Ghoulie Manor". Much like my friend Stan Ambro went from a haunt in his front yard to Hollowgraves Haunted Manor. 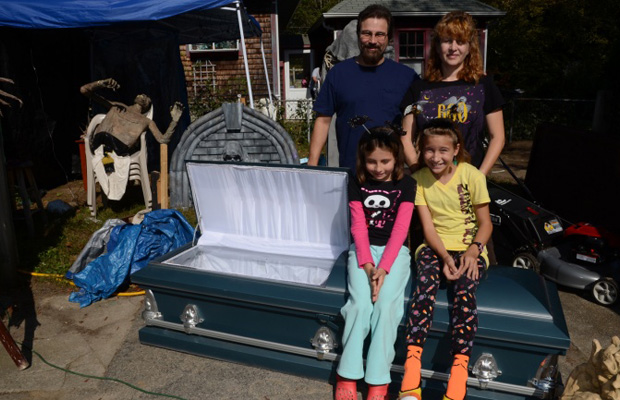 The next is Manny Souza who has the talent I have of finding props needed pretty quickly and for a low cost if any.
And reminds me of a good friend of mine "Larry" who I had worked with at Hollowgraves Haunted Attraction. 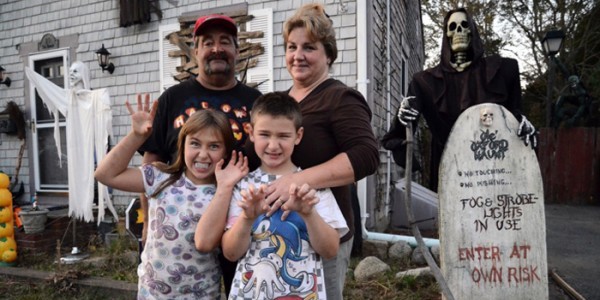 And the father and son team of Richard and Matthew Brodeur.
Some say they feel that Richard and Matthew were added as some kind of comedy relief, but I think of them as an example where looks can be deceiving.
Because even though it looked like a mish mosh at the beginning they turned their property into a pretty impressive walkthrough at show time. 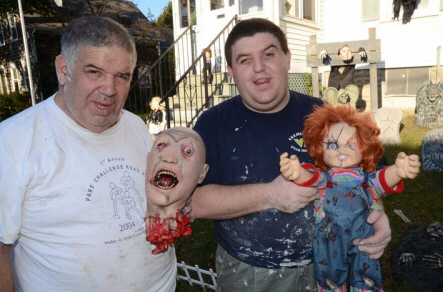 And how cool is it that the town of Fairhaven, Massachusetts had three haunts to go to during the Halloween season?! I haven't seen that many since I was a kid growing up and the surrounding towns had one or two each.

I may have never had the chance to create my own haunt, but The Costume Shop and Stan Ambro at Hallowgraves Haunted Manor got me pretty close to it. And I can tell you first hand that it is a labor of love before anything else...

Click HERE for the article about my time there.

When I was with The Costume Shop we had worked a lot of walk throughs freelance, and with crews from the most known in New Jersey. This gave me the idea of "Hey I'm surrounded by this stuff and get it for cost so how hard can it be to own one?" And boy did I get my answer... twice. 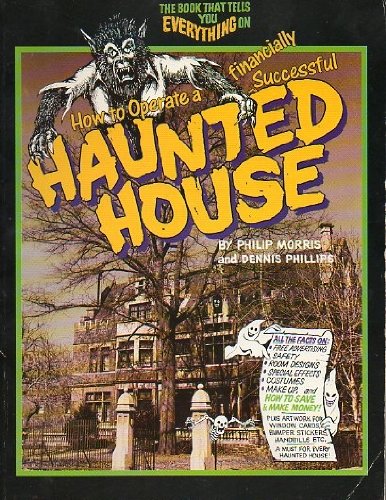 It had allot of really useful information (In the 80's) with layouts, costuming, makeup and basic business. If you're a walk through lover it's still a great collection book, but if you're looking to do any kind of Haunt now the current sites are the best bet.

Now when I had this it was in the days of the internet being something I couldn't care less about because it wasn't even as advanced as it was in the movie "War Games" (You kids in the audience can Google the one). But the information was current because a lot of the haunts back then were doing what was in it's pages. So for me (Having access to the stuff) it seemed pretty obvious. Kind of like one of those learn to airbrush books where it starts off with the basics and by the end you should be painting "Death Dealer" or wizards on the sides of friends vans (You kids can Google that one too).

But when I got to the part of the book where it came to procuring a building to house the haunt, parking, selling food and extras to offset ticket sales and insurance I realized I didn't have nearly enough money to even try it...

But it was invaluable for getting me ready to work the walk throughs freelance.

Then when I was working with Stan it was jumping into the seep end wearing a weighted divers belt. I am not saying it was bad, but it was a real eye opener. Twelve to fourteen hour days were normal and spending nights on a camping cot in the Haunt were pretty common. I may have grumbled and ranted back then about things as they were happening, but looking back on them they really were the good old days.

So when I watched "The American Scream" it was like a trip down memory lane, and my wife and I were laughing about the good times we had at Hollowgraves Haunted Manor. And we knew how it was for each one of them in the movie.

Posted by TattooedSteve at 12:00 AM