Horrific Car Rides of The 70's 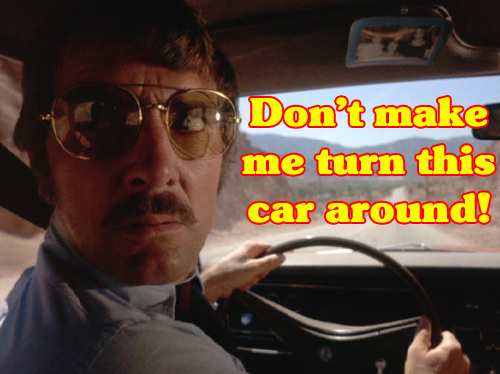 First I have to thank my friend Tom Connolly for telling me to turn what started out as a funny conversation between us into an article.

Now the whole thing started when we were talking about growing up in the 70's and I was like "When I was younger I always thought I would never have any (Back in my day) hardship stories."

My dad was a poor Hungarian farm boy that was made to go to Blacksmith school, and had a teachers that would knock you out just as fast as look at you. And that's not even counting all of the ways you could be dismembered or killed doing it.

Then my mom grew up here and had to work at a sewing factory since she was sixteen. This was because her father had passed away and her mom needed help with expenses, so she quit school to work more to help pitch in.

And there I was going "Wow, I'll never have anything to tell kids about how hard I had it back in the 70's and early 80's."

And then the future proved me wrong...

I love hearing the tales of woe from kids today saying they only had two DVD'S to watch and only one Video Game to play. Or that they weren't in the range of a good Wi-Fi or 4G signal.

Back in my day I would have sold my soul for any one of those on one of my "HORRIFIC CAR RIDES".

Let me tell you all how it was back in the old days, and describe the average working class family car.

First off they had a all vinyl floor covering that went from the trunk all the way to firewall. Nope no carpeting here kids that was for the rich folks. 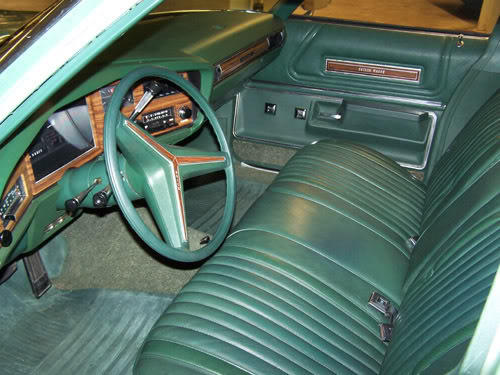 Okay this one was a later model with some polyester plushyness to it, but the earlier had all vinyl matching the interior so stick with me. Oh and check out that real simulated wood grain!

And nothing beats the fine look and feel of Naugahyde Seats. "What's Naugahyde" you ask? Well legend has it that The Nauga's are monsters that live in the wilds of The America's. 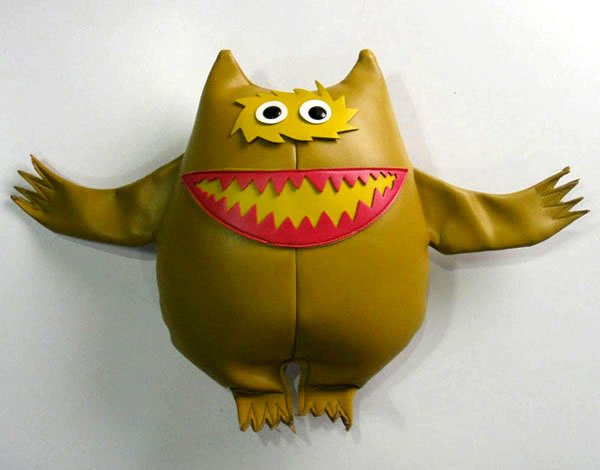 The good news is The Nauga Monsters don't need to be killed to get their hides, because they can shed them at will. The bad news is the seats their hides makes flash freezes you in Winter, and fry you like bacon in Summer. And if you have a sunburn and sit on it, you can just forget all about that skin ever growing back.

Of course the cars had those great all metal seat belt buckles mounted in just the right area to retain all of the sun's heat. 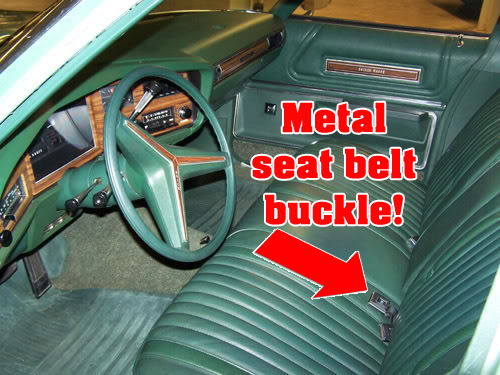 Once again later model, but the older flip opens were bigger and even more like a skillet! But these were no fun either...

And I'm sure you noticed there's no shoulder belts. That's okay because we didn't use the lap belt anyway, and your mother's arm crushing your breast bone and ribs would save you from getting killed by the windshield first. (You younger kids ask Grandma about that one).

What's that about climate control zones? Oh sure there were two, one with the windows up front along with the air vent doors (yes air vent doors) that could be opened for more breeze. The only problem is you also get any and all sand, road gravel and dirt shot at you too through the air vent door. Oh and there's the all vinyl floor covering I told you about and that round thing in the middle of the dash was a 70's GPS. And this was what the interior I grew up with looked like...

Oh back to the Climate Control Zones. If you were in a four door you had the added breeze from the rear windows too.

In the Winter you can sit up front and roast from the Hot, Hotter, Hottest heater/defroster or get less heat in the back, but need to use a smelly hand crochet afghan to make up for it. And if your parent was a smoker (Gross) you could fight about opening the back window a little just so you could let the smoke out. But be complained to because you were letting the heat out too... Yup nothing like smelling like The Marlboro's Man lung. (And people wonder why I never tried it).

Let's move on to "ENTERTAINMENT"!

Yup we have that for you right at your fingertips here. 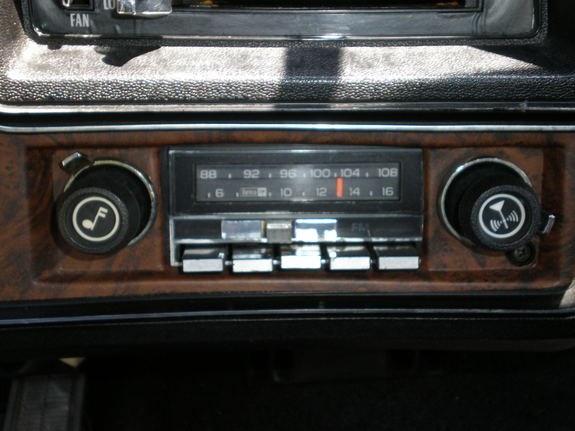 All the loudness you want to your left and AM Stations you can handle to your right. What, where's the FM, HD and Satalite? I'll tell you where that is waaaaaay off in the future. But for now this bad boy will get you all the music and news you want until you go under a overpass, in a tunnel or out to the rural parts of the county.

Or could entertain yourself by tempting fate and bodily harm by playing "Let's make Mom loose it till she goes into SWING AND REACH mode".

The rules are simple 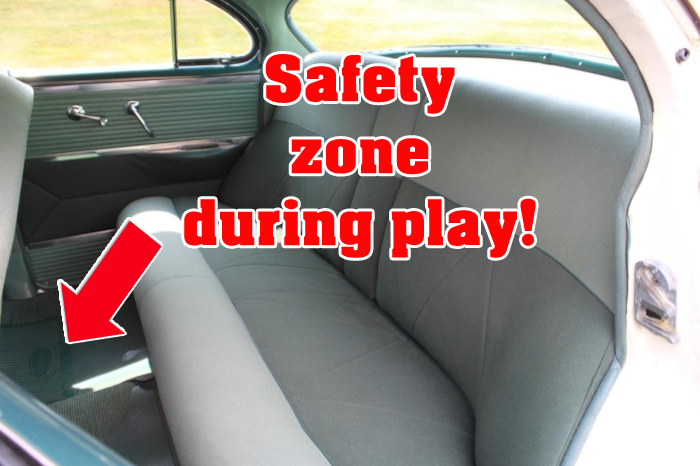 Rule 1: Mom must be driving and by herself in the front bench seat.

Rule 2: You must be in the back seat. Alone or with a sibling. Fair warning more than one sibling may cost you the game, and run the risk of you becoming their entertainment.

Rule 3: The only way to win is to hide on the rear passenger floorboard (Safety Zone) until Mom quits or you are caught in a death grip.

Or you could just play it safe and read the same comic books, Monster Magazines, Horror Comics and issues of MAD, CRAZY and CRACKED until you have them memorized and you drool and stare at the trees rushing by. And where did all of this vehicular torture that even Jigsaw himself couldn't think up lead to?

Well that would be to one of my Father's favorite two hour excursions, which was usually one of his fellow Hungarian friends houses. Now don't get me wrong they were very nice people, but none of them had kids and the houses were very remote and only accessible by a road like this. My Mom doesn't speak a word of Hungarian so it was a little hard for her to have any real conversation. I was still young back then so there wasn't a whole lot that I would have figured out a translation for anyway. So I was called over for the polite formalities stuff.

Cable Television was way off from being in everyone's house yet, Antenna reception wasn't all that great and the trips were always on a Sunday. 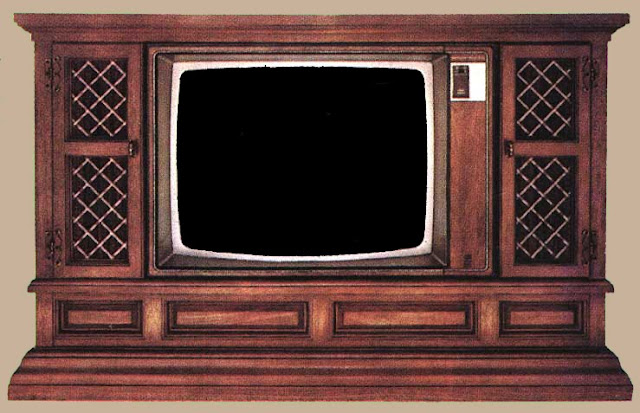 But that's a Horror Tale for another day...


Posted by TattooedSteve at 1:36 AM