There's No Clowinig Around With This Short.


My wife and I were at a local Indie Horror Convention "Grindhouse Days at Cafe Z" and we got to see Rob Dimension's movie short "No Clowning Around". 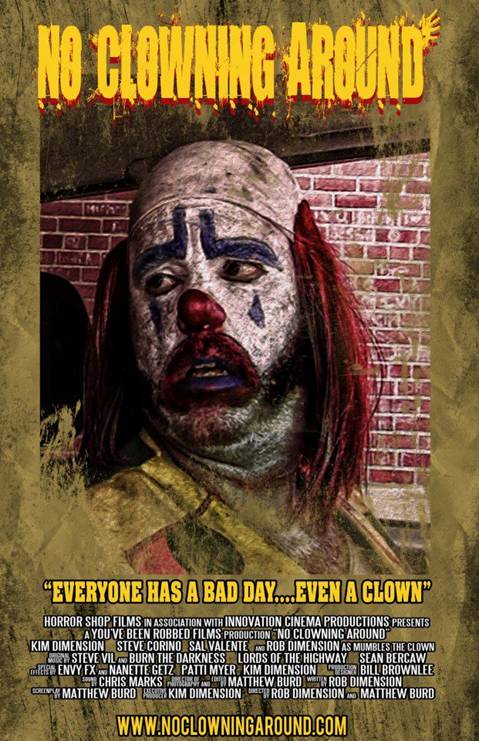 The Convention Host Todd Staruch had given a intro to it and said that it was Rob's first time making a feature short. So we watched it and all I could say was "There is no way this is Rob's first time doing this!" The production was solid and Rob along with his wife Kim had given great performances!

Then Todd had given the floor to Rob for some Q and A. And that's when I had discovered why I had really liked "No Clowning Around". It seems that Rob and I had taken the same walk down the same path that had inspired him to make this short.

We had completely different situations, but we had the same common thought. "There's mountains of misery everywhere so we're just focusing on enjoying happiness when and where we can find it".

And it was really cool to hear from Rob that the main characters from "No Clowning Around" have a lot more in store for them in comic book form. And my wife got to hear a lot of great behind the scenes stories from Rob's wife Kim.

I can't wait to see what he's done with his next movie "Baggage".
Posted by TattooedSteve at 7:46 PM