Hungarians - We do Horror Right! 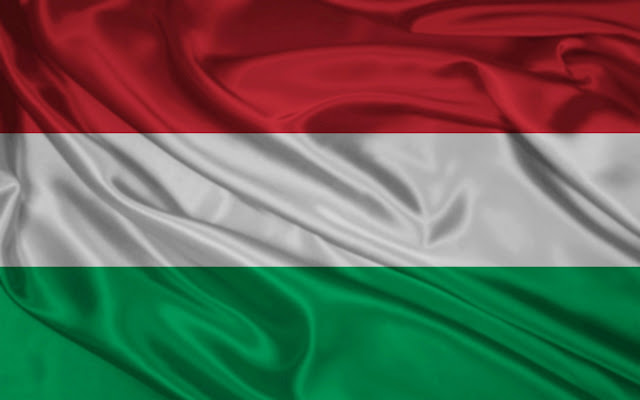 I'm Hungarian and Scottish and I love both heritages equally. They're both full of great legends and tales of Ghost, Monsters and actual historical figures you would never want to meet in the wrong way.

But tonight I'm going to talk about The Hungarian side and two women that I was introduced to a couple of years ago. And their names are Jen and Sylvia Soska. 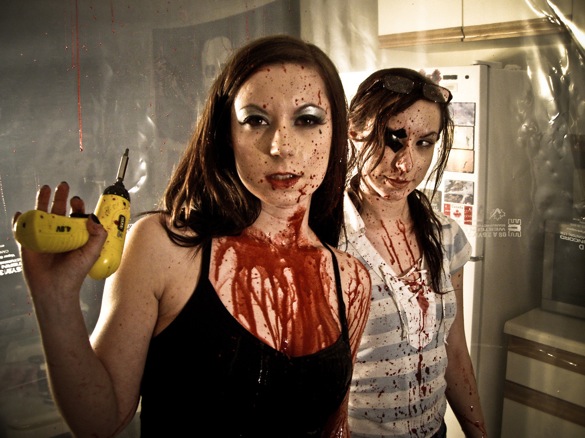 I'll never forget the first time I messaged them and the second they found out I was half Hungarian we bonded instantly. I know, I know sounds kind of Internets Stalker Creepy. But it's a Hungarian thing and you wouldn't understand.

The thing with us is we instantly connect with others that share our Bloodline (Legend has it that each one of us is a decedent of Attila) and we tend to look out for one another. It's like allot of things that were normal for us growing up made us outsiders to others. So as long as we have each other who cares?

Like when I went to Hungary with my parents back when I was sixteen. I was beyond nervous because I had never been there before and it was when The Soviet Union was still running things. So all of the talk about how much they hated Americans was in my head.
But the second I met my family over there and allot of new friends it was like I came home, and I didn't want to leave!

Everybody I talked to were all about Horror Movies and Heavy Metal! One minute I'm watching a Hungarian dubbed version of "Suspiria" in the theater, the next I'm singing "Princess of The Night" for a rock clubs house band that night!

Okay so now that were up to speed on that I want to talk about a movie I have waited over a year to see and bought the DVD and Blu-Ray versions of! 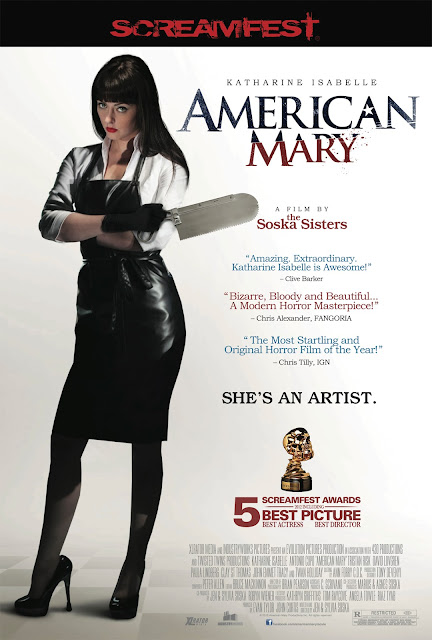 My wife and I loved Dead Hooker in a Trunk and we couldn't wait to see where Jen and Sylvia were going to go from there, but we had too.
So we did and we loved American Mary just as much. I had watched it by myself before I went to work (Made my wife a little mad) but I haaaad to see it. And besides I bought the Blu-Ray right after and she got to see that version first.

We thought the story line was great we loved Katharine Isabelle as "Mary Mason". And for a movie about a Body Modification Surgeon there wasn't a whole lot of blood and gore. I know how that could sound like a bad thing, but it was used in the right way. Instead of making it a GWAR style body count where they could just do guideline story, they really gave you a reason to like Mary Mason.

I don't expect everybody to see every single movie ever as they come out, so I try to do these where I can talk to those that have seen it and others can stop here watch it and then come back.


AND HERE'S WHERE THE SPOILERS START

The girls really conveyed the felling of helplessness of Mary (In both her financial and attacked scene). As well as her Dr. Grant getting his payback.

And it was cool seeing the influences of "Auditon" and "Frankenstein". It wasn't just about Mary getting even for being raped, he became a monument to her empowerment.
She now had the honing of he body modification skills, her financial power to afford housing for herself, her (Dr. Grant) creation, and a studio create and display her new masterpieces to the world.

And it was sad how she had started to become attracted to Billy only to realize that he wasn't too different from (Dr. Grant). Both enjoy having power over attractive women and recording their conquest on video. It's just each were dealing with different ends of the financial spectrum of the women. Dr. Grant held the keys to
Professional riches and stability, while Billy provided financial stability for a better lifestyle on their level.
But both came at the cost of all of the women being exploited...

After watching it with a second time with my wife I noticed that Mary was actually trying to get by in Med School with her looks. She has the smarts but she felt the need to make sure she's getting the grade.
I'm not saying it as a dig, but it's almost like a tie in the parallels of the lives of Mary and Beatress (They are there if you look).

Then just as if Billy had come to the realization himself that he was no better than the Surgeons at the party, and then was trying to come to grips with it to tell Mary how he felt. But before he gets a chance to, the circle that had started with a phone call from Beatress Johnson to Mary had come around and ended with the same.

Posted by TattooedSteve at 10:21 PM