Beware of The Garden Gnomes!

It's funny how the internet is claiming "Garden Gnomes" are the latest craze, when they've popular for decades since they were first created by German Sculptor Phillip Griebel in the late 1800's. And yes they do have a place in The Storage Unit of Terror.
And maybe it's my subconscious contribution to Earth Week since they're very much tied into it.


I've personally had a love for them since the first time I ever saw one way back whenever. And I think it's funny that others find them creepy or just plain scary (There's your monster tie in).


I can see the Zombie Gnomes giving people the willies 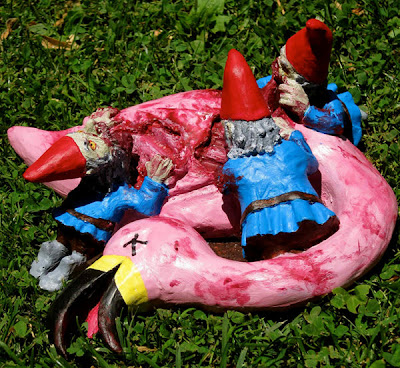 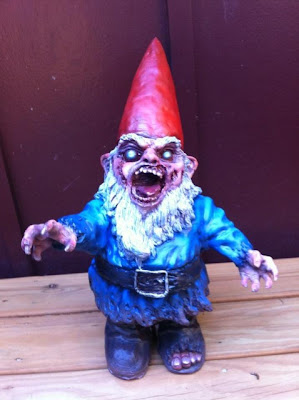 I still have to get one of these for my collection.

Which allot of people got from reading R.L. Stine's Goosebumps
book "Revenge of The Lawn Gnomes" 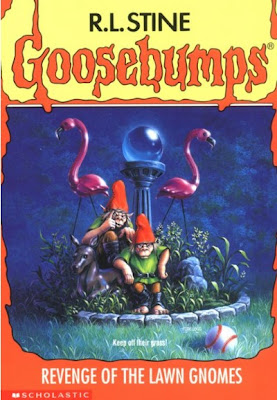 as well as one of my favorite episodes from the show 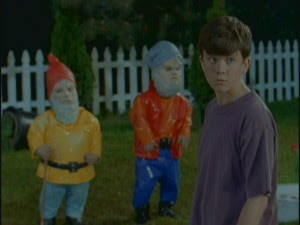 So in case you're worried about Killer Gnomes, you can always buy this 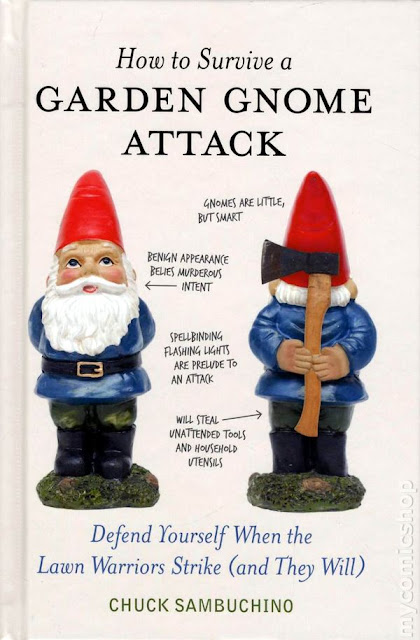 What's even funnier about my liking of them is I am not into gardening at all. To tell you the truth I can't even get near the stuff.
So my Gnomes like to hang around, watch TV and do whatever they like when they come alive at night.

"Dude did you just say watch TV?" Well yes I did, and the reason I said it was my wife and I have quite a Gnome collection of all sizes. 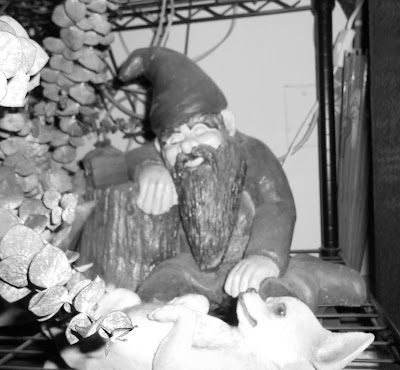 This is "Larry" I'll tell you about him a little later...

So pull up a chair and I'll tell you the tale of how that came about.

Back in the 90's I worked in a Comic Book Shop with a great group of people. We all had the same sense of humor and would laugh till our sides hurt coming up with all kinds of parodies about stuff we liked.
Then every once in a while if times lined up everybody would get together for a movie night. But one times was when one of the gang had bought the newly released Nintendo 64. 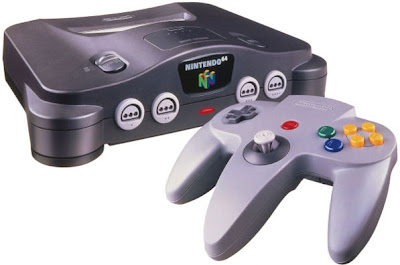 Two of the guys were playing Super Mario 64 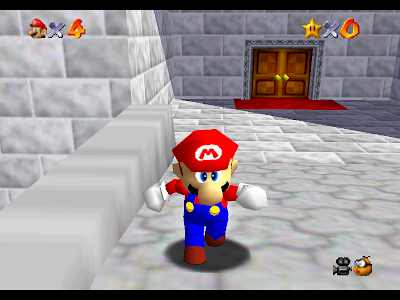 And on one of the levels poor Mario was stuck in a loop running over the tops of a bunch of mushrooms. We started laughing about it because it was a whole new system with the same old problems.
And then our friend Rob X. Román yelled in a character voice "Look at me I'm The Garden Gnome hoo ha!!!" That just turned the funny all the way up to eleven!

Another thing going on back then was everybody blaming the storm system El Niño for just about everything. Lost your car keys? It was El Niño's fault, so on and so forth.
Well at the Comic Book Shop it became The Garden Gnomes fault. If the toilet overflowed we would say "It was me The Garden Gnome!" And of course it would have to be said in that voice.

After that first day of saying it I never really gave Garden Gnomes much thought, I mean I liked them but they were just in the background.
Then after Rob's joke they were everywhere, I saw them in stores, yards and on just about every TV show that week. Faulty Towers had one (That caused Manuel to get punched in the face), Third Rock had one, Chet from the Weird Science TV show had an arm full of them and yelled "Garden Gnome!" (Because he was stealing them), The Garden Lady that used to be on Regis and Kathie kicked one in a garden on an episode (And she was gone a few days later), And The Goosebumps "Revenge of the Lawn Gnomes" episode aired.

Rob and the gang thought it was really funny that I was over noticing them, until we got that weeks shipment and the issue on top was "Garden Gnomes Attack!!!" I wish I could find the cover for it all I can remember about it was it came out in 1996.

That's when The Curse of The Garden Gnome got real...

I had told my friend Dawn about it and she thought it was really funny. Then two weeks later she had brought me "Larry" pictured above as a gift from Florida.
Turns out her brother has a thriving lawn ornament making business and "Larry" was one of his creations.

This started my wife and I on our Garden Gnome adoptions.
I'm not going to list every one we have, but I'll give you a couple highlights. 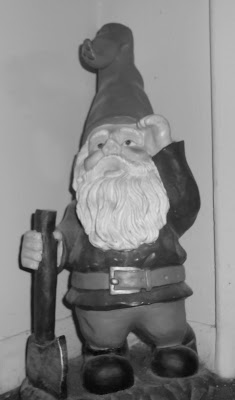 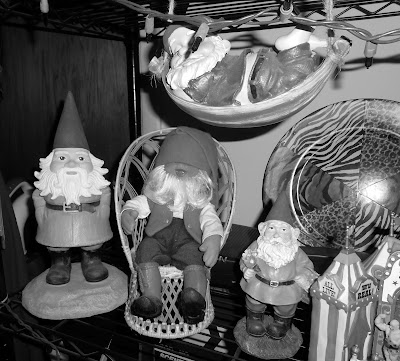 Had to have "The Roaming Gnome" 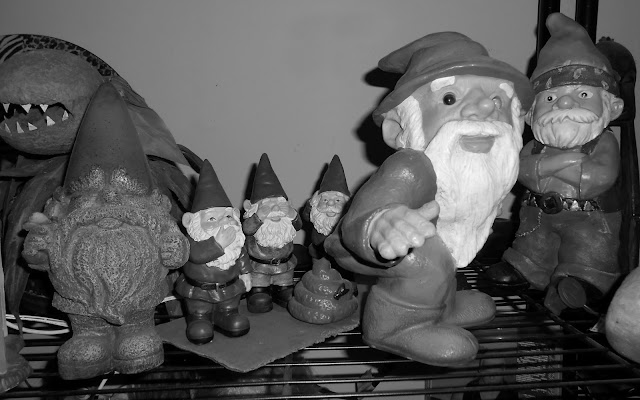 "Sneaky Pete" does his duty...
(My wife and I bought his twin for Rob Román)

And "Al" is married to 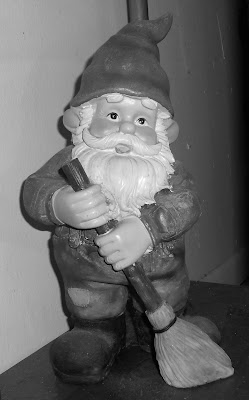 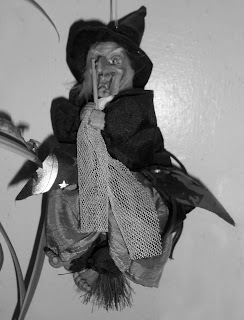 The only problem with those two is they only speak German
and I'm not as fluent as I used to be...

Posted by TattooedSteve at 8:37 PM