Talking about Joshua Miller's "The Cook" 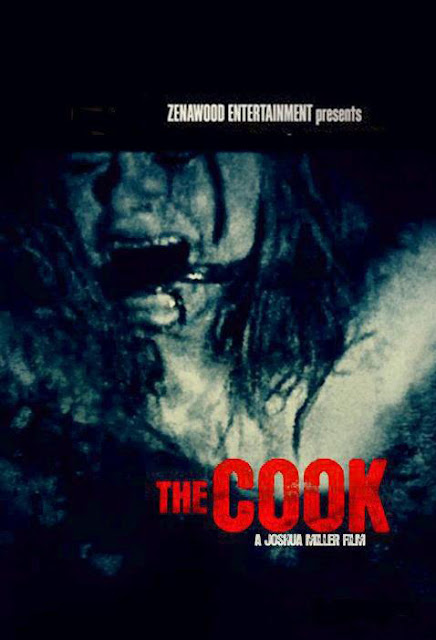 Writer - director Travis Miller of "PURGATORIUM" had done the cinematography on The Cook for Joshua (as writer - director), and his use of angles and blocking really added to the disorientation of the psychotic hallucinogenic scenes.

I thought it was great how the goings on of the campsite had a "Dawson Creek" type feel to it, but the goings on inside of the shack of The Cook were creepy and definitely disturbing.

And that's not even counting the strange visions and psychotic visions that The Cook himself was having. As well as those that were taking his special hallucinogenic creation.

Everyone that watches it will take something different away from it, and some may need more than one watching to catch hidden parts of the story. But the main plot is a group of friends have a camp out gathering in honor of a friend that died after taking one of The Cooks trips. The only problem is the get together is within walking distance of The Cook's shack and he is nobodies friend.
Like I said there is more to it, but I want people watching it to find it themselves.

The kill scenes really impressed me because they didn't bring the movie to a screeching halt to say "Now I'm gong to gross you out, or Freak you out with shock value". They had a dark undercurrent of humor to them that almost had you looking around to make sure it was okay to laugh.

I'm not going to give anything else away because I want others to see it and give their thoughts.

Posted by TattooedSteve at 11:33 PM