I was recently contacted by writer/director Travis Miller to view a screener link. 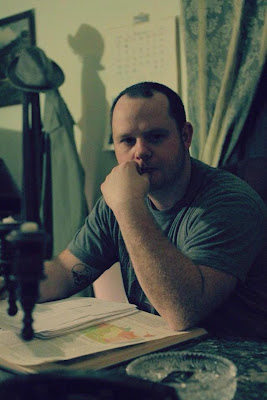 Which I want to thank him for.

The link was to his latest creation "PURGATORIUM" 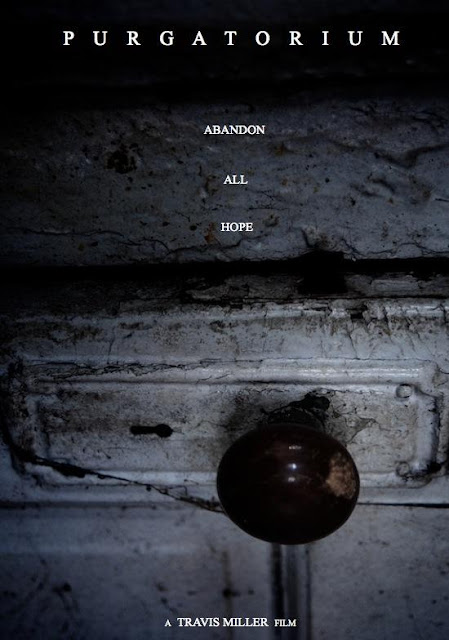 I have to say I really enjoyed watching it. I've always been all about old houses and ghost stories, then add to that being a complete Horror Comic junkie and love all of The Twilight Zone and Night Gallery style Television series out there. And I'm still finding a ton of those horror anthology series to watch on Netflix that were made in the U.S. and U.K.

I'm thinking this may have been one of the reasons that Travis had picked me to be one of the people to see the screener. Which is cool because why pick someone that's not a fan of a genre to watch a movie that's really not into the subject matter?

Yeah you can go with the "You're supposed to be open to whatever style movie no matter what when you are a crititc". But I'm not a critic and I have yet to see a paycheck from typing whatever spills out of my skull, so I got free reign to pick and choose what I feel like watching and talking about.

I'm going to start with I really liked how the movie had that old "Tales From The Dark Side" look to it (First Season). I wish I could go into greater detail about the plot, but since it's a thriller I would have to do the whole *Spoiler Alert* and since it's not in full distribution yet I want everyone to enjoy the story.

All I'll tell you is it starts with five people awakening in the living room of a house with no idea how they got there. That's it, you have to watch the rest to see what happens.

The movie had a good flow to it and kept with the Thriller aspect. I'm glad he didn't go with a Slasher angle which would have been an easy out and been all like "Just cover it with enough fake blood to keep it going". And if you've grown up with every version of "Tales From Whatever" I'll bet you'll catch allot of the artistic nods that Travis has given too it. And Travis stayed committed to telling a story with a twist, I'm saying this because I've sat through movies with five gallons of fake blood and three nude scenes within ten minutes on Netflix that get passed quick. So it was really refreshing to have a writer/director say (With their project) "I have this really cool story to tell." And they actually do it.

Posted by TattooedSteve at 10:09 PM