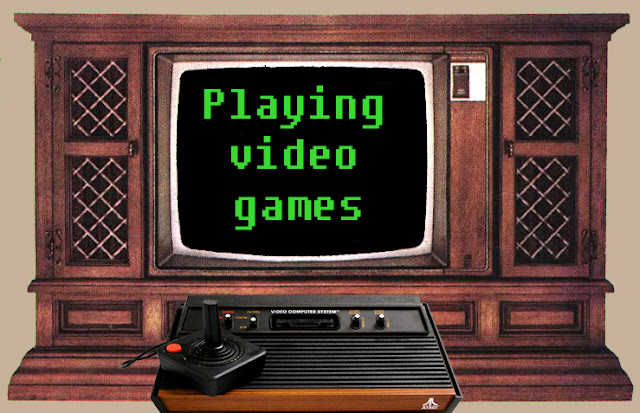 A long time ago I'll never forget when I saw the ad for the Halloween Video game and The Texas Chainsaw Massacre video games for the Atari 2600. It was a one page ad in Fangoria and it said "Must be eighteen to purchase" which screamed to me "DUDE YOU SO HAVE TO OWN THESE!!!" 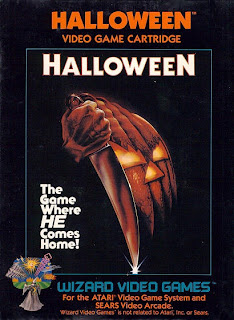 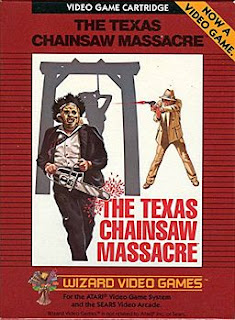 My mother had driven me to Sears to buy both of them with my Summer job money. And when I got them home we were both in for a surprise.


My mother was just as excited to see how they were compared to the movies as I was and what we saw was this... 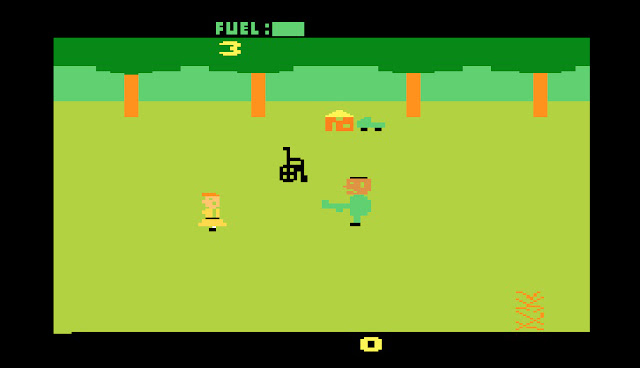 The first thing my mother said was "You have to be eighteen to play these?" That's when I told her it wasn't much different than my Spiderman or Superman games. So we were both pretty much stumped on why the age restriction on them. But they were fun for what they were back then and I got my moneys worth.

Then came the NES years. The games had better graphics and sound but I have to admit the game play on some of these titles were rough. 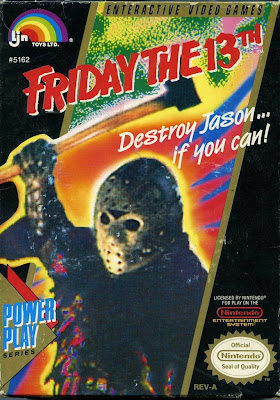 I was hoping you would get to be Jason like you were able to be Leatherface in the early Atari Game, but like in the Halloween game you're a camp counselor trying to save the campers.

And Jason wasn't alone in this one... You have to fight wolves, bats and zombies as well as find your way around the camp. The maps weren't that great and when fighting Jason you could only dodge him using "Punch Out" stragities and throw rocks at him until you knock him out. 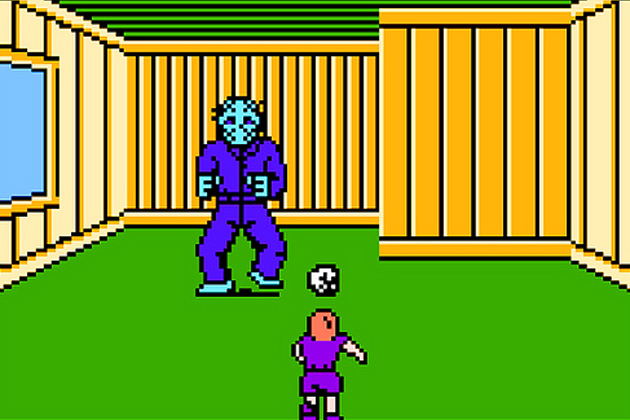 Then when you do beat him by cracking him in the face with a pocket full of rocks you get this ending screen. 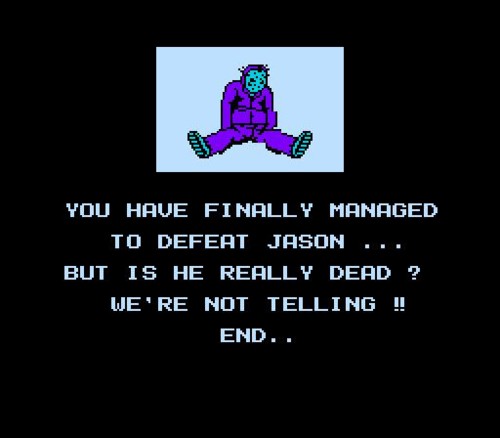 Then there was Nightmare on Elm Street 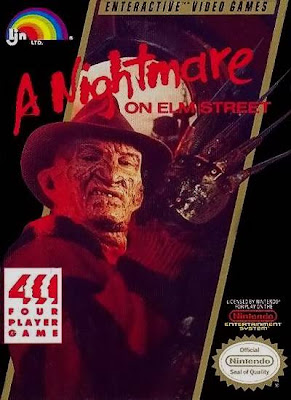 And once again there was no option to be Freddy so instead you were one of four teenagers trying to collect his bones to burn them in the High Schools furnace. The game play was fun (Unless your character fell asleep and the difficulty got harder in the dream world) but it wasn't impossible.

Oh when I was reading up on this one I found out you were supposed to be Freddy to keep the teenagers from burning your bones. But because of the backlash from parents making a stink about the player being Leatherface in The Chainsaw Massacre Atari game they changed it around and gave it some tie in's to the Dream Warriors movie. 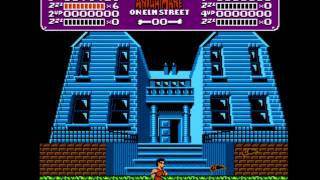 And I have to say the graphics were pretty good in this one too!

When Jaws came out I thought "Finally I can really have some fun!" 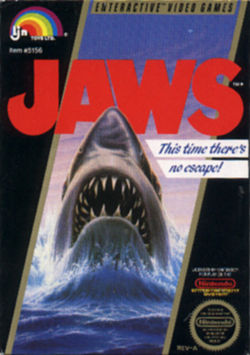 And it was, but there was no being Bruce in this one either... 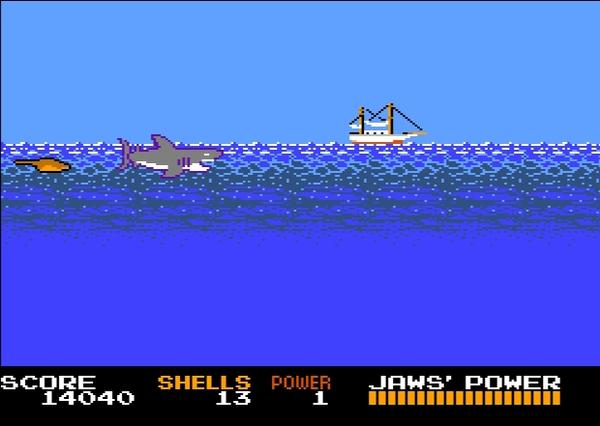 Or a diver fighting Jelly Fish, Rays and smaller sharks. 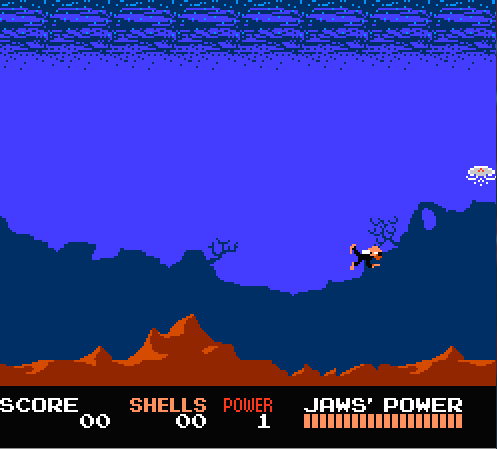 It was okay but I really wanted to be Bruce.
And the people at Palystation heard me (or I like to think they did). 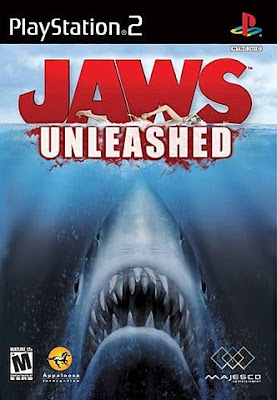 The graphics were great and I was ecstatic that I was in control of Bruce and setting him loose on an unsuspecting population of annoying tourist!!! 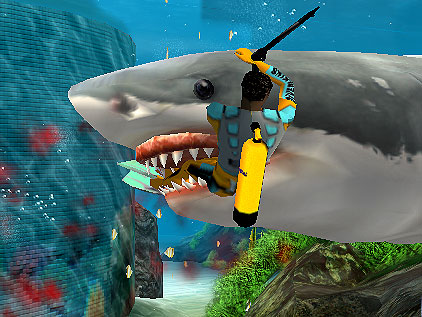 The only complaint I had about this one is they turned Bruce into "Ecco The Dolphin". This Bruce the Great White and the only thing he does is swim, eat and make more baby sharks. But now they had him fighting Ocean Dumpers and other threats to the ocean...

At this point you're saying "Okay so you've played these allot, and I can really read about them on other sites." well this was just a lead in to an idea I had.

What if the video game companies bought the rights to the Horror movies and used the graphics technology they have now? You could have Halloween, Friday The 13th, The Texas Chainsaw Massacre and Nightmare on Elm Street with Resident Evil and Silent Hill type game play. 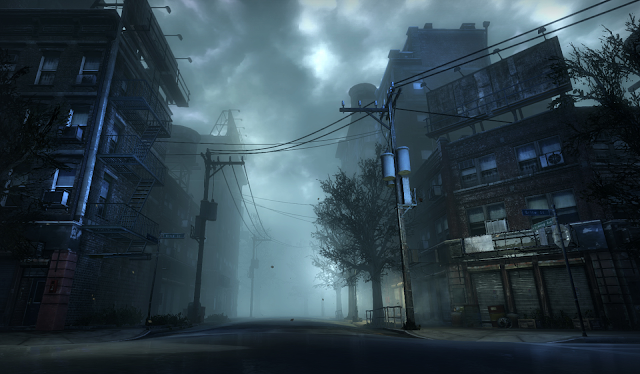 If you were playing Halloween it would take place in various locations in Haddonfield where you could play as a guy or girl, Dr. Loomis or Michael. 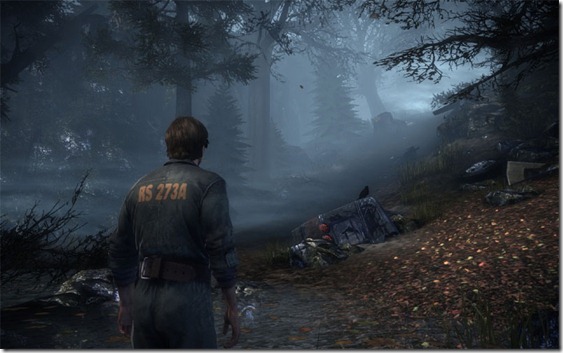 Friday The 13th would take place at Camp Crystal Lake with the cabins and you could have the choice of playing as a counselor or Jason. Then there could be unlockables where you could be any version of Jason or Pamela Voorhees. 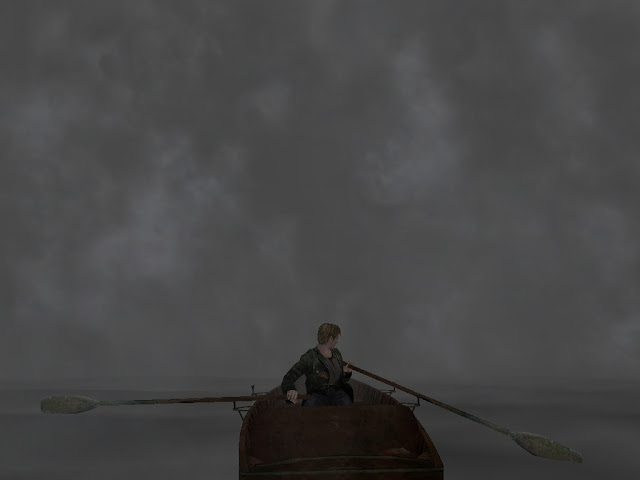 And there would be parts where you have to venture to the lake itself. 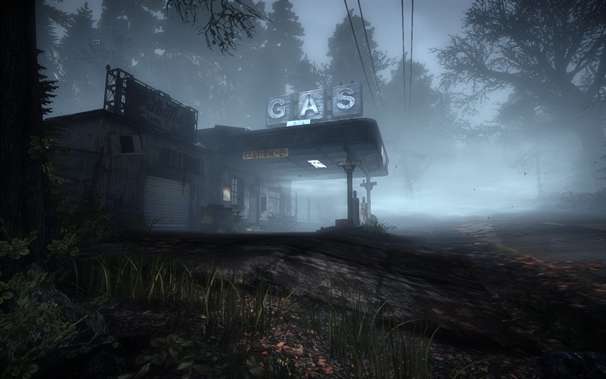 Texas Chainsaw Massacre would take place at the gas station, the woods a graveyard and of course the house. With the playable characters being a guy or girl, The Hitcher or Chop Top (Unlockable), Drayton Sawyer or Leatherface with all of his versions as unlockables. 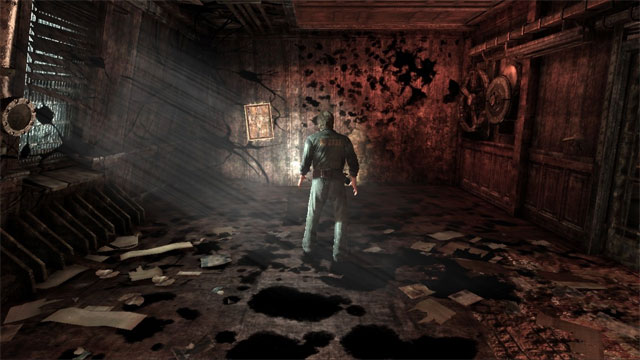 How cool would it be going through the house trying to avoid Bubba and the rest of the family, or playing as Leatherface and going after everybody? 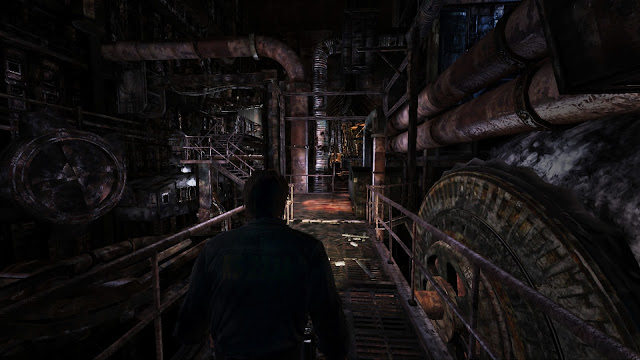 Nightmare on Elm Street would play allot like Silent Hill and the original NES version where the characters and Freddy travel between the awake and dream worlds. And the settings would be the Nancey's house, the boiler room and a few other locations from the movies.The playable characters would be Nancy Thompson, Jesse Walsh, Kristen Parker or Freddy Kruger himself. Then unlockable characters could be the other Dream Warriors characters.

Then I started thinking how they could go even further and enable network play and you could have just about combo you want. You could have any monster match up you wanted or combine forces to go after the people playing as the heroes.

And if that weren't enough there could be a Cabin in The Woods game where it would play like Heavy Rain. Each character selection and action selection would bring a different ending to the game. And this one could tie into the others and you could have the choice of being just about any monster/slasher ever or be a Containment/Security Team member.

So if it ever happens you can say that read about it here first.

Posted by TattooedSteve at 9:21 AM