I really needed to get to The Abandoned Mom And Pop Video Store just to get myself back into gear again. So I got the lights on and brought a big cooler full of "Little Hugs Fruit Barrels" 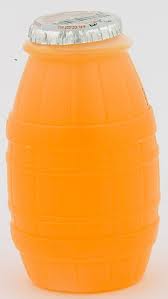 for a Monster Toy themed interview with Newt Wallen 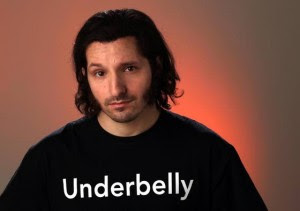 Newt has so many irons in the fire right that it's mind blowing that he has time to sleep. He has a comic book out by the name of "Girls, Guns and Ghouls", a soon to be released movie "Midnight Show" and his being part of the creative team of The "Underbelly" show. As well as guest hosting all kinds of conventions. Seriously does he even know what the insides of his eyelids even look like anymore?

Even with that all going on he was still able to stop by and talk about all of his favorite things from his past.

What was your all time favorite monster toy or playset? (Monster themed games count too).

I was a monster freak as a pup in fact still am. Had all the Godzilla, Ghost busters and Star Wars creatures i could get my hands on as a product of the 80's.

Were Green Army Men ever involved in your monster toy play?

Weird I don't remember ever having little green army men. I would use GI JOE's or the little guys from MASK as the army when it came to fighting back MOTHRA or the RANCOR.

Were you loyal to one type of monster series or were you a "As long as it's a monster it's for me" type?

Started with the Wolfman loved him for the same reason I loved the Hulk. Something so cool as a kid about the idea of being small then turning into this big powerful creature. Then I discovered the slasher films and loved Friday the 13th waaay more then nightmare.

Never had a single model kit till the 89 batman came out and I remember having one of the Keaton Batmobile.

Which monster do you wish was available as a toy but never was?

Well now you can get a million copies of Ash. But I saw EVIL DEAD 2 as a little kid. my mom thought i was sleeping but I snuck downstairs to watch scary movies and BAM Evil Dead was on Prism and I was hooked. I wanted to team Ash up with my superheroes sooo bad. So I would pretend my Peter from the Ghost Busters was Ash ha ha.

Which monster toy do wish was available when you were a kid to play with, but was out way before your time?

Not toys. But wish I could have gotten my hands on some of the 50's and 70's horror comics as a kid. The art captured my imagination.

Was there a toy that was so scary or creepy that even you wouldn't play with it?

Some one on my dads side of the family gave my parents this creepy ass monkey doll that was plush but with a hard plastic face and I hated it. and they would wait till I fell asleep and put it next to me so when I woke up they could have a good chuckle and take pictures....wow, sounds like abuse when you say it out loud.

Which monster toy were you surprised to get for a holiday or birthday present?

Very cool thing, not a toy but my dad took me to see Monster Squad as a kid at the Marlton 8 and talked the manager into giving me the poster and I still have it and that was like Christmas.

Which monster toy had the best commercial?

I always loved the madballs commercials.

What was your favorite place to play with your monster toys Backyard, Bedroom, Basement, Living room or Bathroom?
I live alone so I can play with my monster where ever I choose.

Which recent monster toy do wish was out when you were as a kid instead of as a collectable now?

The Mcfarland stuff. I mean imagine being a child of the 80's and having a Killer Clown from Outerspace or The Thing toy to play with.

What was your favorite monster bathtub toy?

My Godzilla toys cause Godzilla rose from the ocean so yeah you know...just made sense.
What was the one that got away? As far as a monster toy you wanted in the worst way, but had to  wait for the invention of Ebay to get it.

A Tauntaun from Empire.

Posted by TattooedSteve at 7:19 PM