I was going through the Netflix search and decided to watch
Book of Shadows: Blair Witch 2 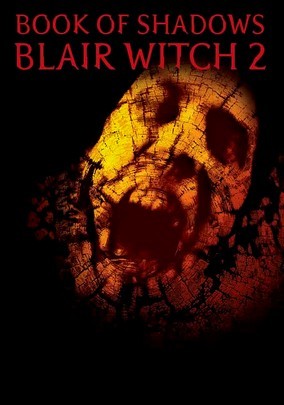 I bought it years ago on VHS solved the hidden message and got my screen saver for all the work. I hadn't really thought about it in years and thought I'd watch it again. And after watching it I remembered why I like it. So I did a little research on the internet and had no idea that there were two distinct camps of "Like it" or "Hate it".

When allot of my friends hated it I think it was because they felt that they were tricked by the first Blair Witch Movie. I'm not making fun of them or saying they should have known, Hell I'm jealous of them for not being as jaded as me with horror sometimes.
The others hate it because they expected more of a heavy storyline or they weren't crazy about the character development. Others hate it because they feel it should have been a stand alone (Like Halloween III). Or just not made period because it was a quick rush by "Artisan" that had the makings of a decent movie, but they made the director add stuff that wasn't needed.

There's a site called "Film School Rejects" that did a great write up on it too.

You can check it out here
(28 Things We Learned From Book of Shadows: Blair Witch 2 Commentary)

I really liked Book of Shadows because it got me hooked on the the whole legend of "Elly Kedward" The Blair Witch. And "Rustin Parr" the child killing hermit who was executed, after he claimed he was forced to do it by an old woman's ghost. And then I was able to re-watch the first and enjoy it. 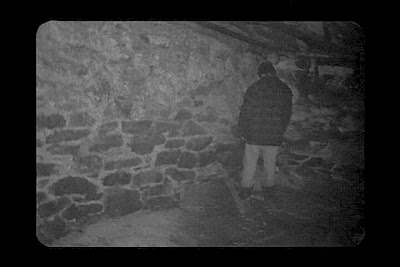 I would have liked to have seen the version where they didn't have Jeffery in the insane asylum and he was just another victim of what was going on. And they could have left the lousy F/X attack on the other tour group out.

LOTS OF SPOILERS AFTER HERE

Other than that I really got into it,with the having to watch the video tape backwards to see what really happened the night before.
And all of the hidden clues were cool too, I freaked when I accidentally saw the Rustin Parr reflection in the interigation room two way mirror.

And then watching it backward to find the letters to spell out "Seek me no further or the children will again walk free". When you do the original searching for clues you only get the letters up to "or", then you had to go the website to figure out the rest and your reward was a "Blair Witch" screen saver.

An IMDB member by the name of adam007 a great theory about the Blair Witch legend and Rustin Parr's involvement. Where Elly may have been a would be savior of her village done wrong. And even in death still tried to keep others safe.

You can check it out here
adam007 "Elly Kedward" theory
Other than that it's just a cool supernatural movie. Just seeing all of them trying to piece together what happened after a night of partying. And a very pissed off Sheriff doing the same thing. Add on top of that the police already having their answers from all of the video that was filmed by Jeffery's camp setup, and some of the hand held he used at his house.

So if you read adam2007's theory you would have to wonder if the seven (possibly) possessed children won. Or was Elly a Dark Witch and put a hex on the seven kids, who turned on her once they were freed of the hex and hurt her. Then she retaliated from beyond by having seven of their decedents killed and was holding onto their souls. And anyone that visits her neck of the woods are going to be made sorry that they did.
Posted by TattooedSteve at 8:17 PM