I know this one has been out for a while, but I just got around to seeing it.
And I thought I would give my thoughts on Lloyd Kaufman's 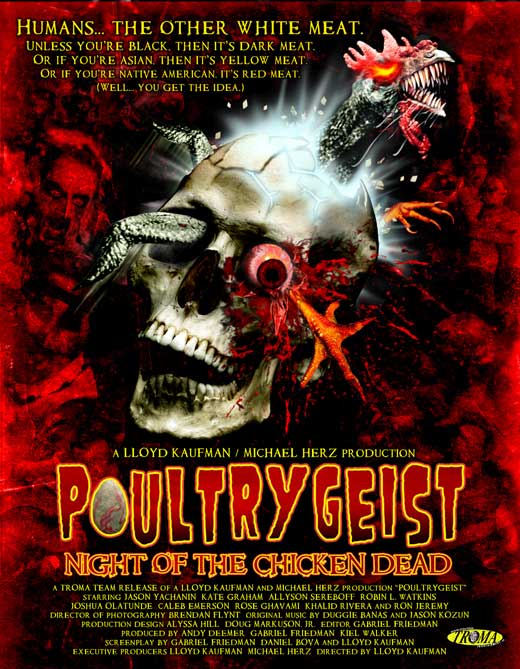 To be completely honest I kind of put off seeing it for a while because I wasn't quite sure how it was going to be. But I was surprised that "POLTRYGEIST" was as funny as Lloyd's Toxic Avenger all the way through.

The story is Abe (Jason Yachanin) and his girlfriend Wendy (Kate Graham) have some alone time in a New Jersey, Tromahawk Indian burial ground before she goes off to college. And this is when they make a promise to be only about each other while she's away at college. 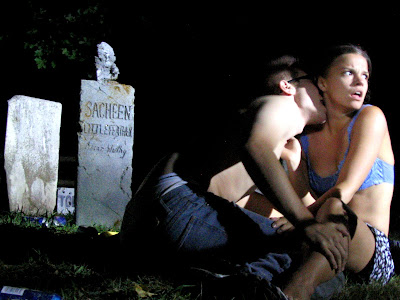 Well you can imagine Abe's surprise when he shows up at the same spot a year later. Turns out the Tromahawk Burial Ground has a brand new chicken fast food restaurant called "American Chicken Bunker" built on top of it. And Wendy has become the girlfriend of a female activist Micki (Allyson Sereboff). 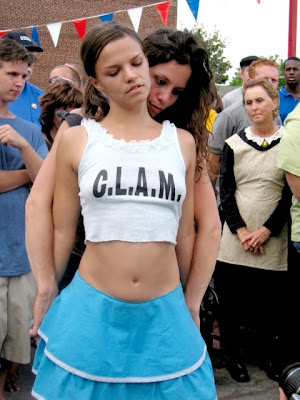 Now that he's heartbroken and humiliated he decides to get back at Wendy and Micki by getting a job at "The American Chicken Bunker". 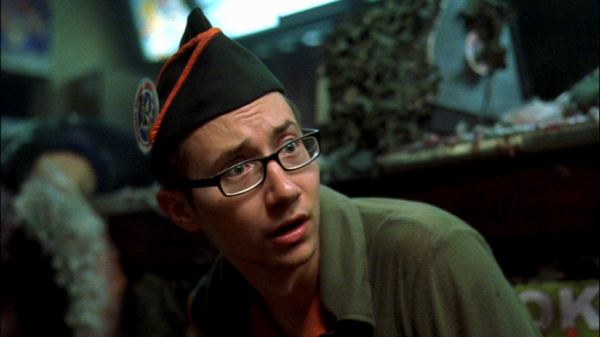 The only problem is the Tromahawk Ancient Spirits aren't happy with having the restaurant on their sacred burial ground at all. And they plan on taking their revenge on everyone involved by using the eggs and bodies of dead chickens to posses the living patrons and employees of American Chicken Bunker. 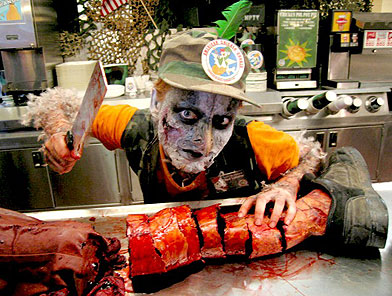 I was really happy with this one where Lloyd had just the right amount of everything in the movie. It had fart and bathroom humor (That I admittedly can't get enough of), humor, gore, monsters and I'm surprised to admit musical numbers. 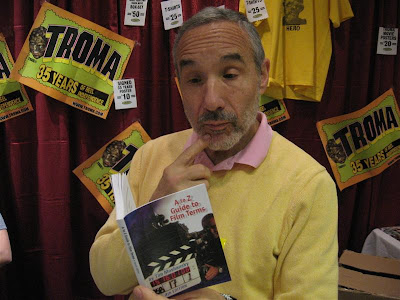 Seriously I was surprised how funny the music numbers were! Normally I use them as a bathroom break or a to get more movie food, but I was cracking up listening to the lyrics.
The story was solid and the cast did a great job in keeping the humor going and getting you to like the characters.
The movie keeps itself from being as far away from P.C. as possible, but didn't go with an obvious joke the way you think it would have.

I was really surprised by the production quality too. The F/X team went above and beyond with the Zombie Chicken People as well as the gore and bathroom humor gags. Even the The American Chicken Bunker that was a refitted Mc'D restaurant looked great.

If you're in the mood for a TROMA movie or haven't seen one before POLTRYGEIST is a great first next to The Toxic Avenger.

Posted by TattooedSteve at 10:38 PM