Anybody can get past a dog but nobdy messes with a Mini-Me!

Ever since I've been amassing things for The Storage Unit of Terror I've lost some time with going through the racks of The Abandoned Mom and Pop Video Store.

Then I keep getting plastic bins from friends and donators that I have to sift through. And that's a little time consuming because there are so many cool things inside them, but they have to tie into Horror or at least Monsters.
Then when I take time to watch some new Cheesy Horrors or just an old favorite Horror, it's time away from The Storage unit of Terror. Then I had to worry about any number of things happening there. So what was I to do?

And then it literally came to me...

I was pulling down the main shutter one day and that's when I heard a strange sound coming from the trees. 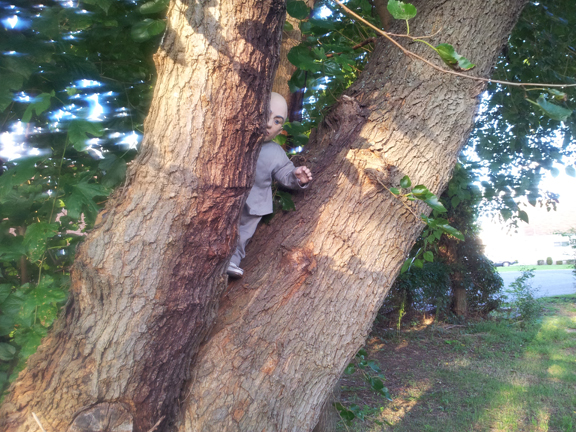 I walked over to investigate the sound and that's when I got the surprise of a lifetime!!! 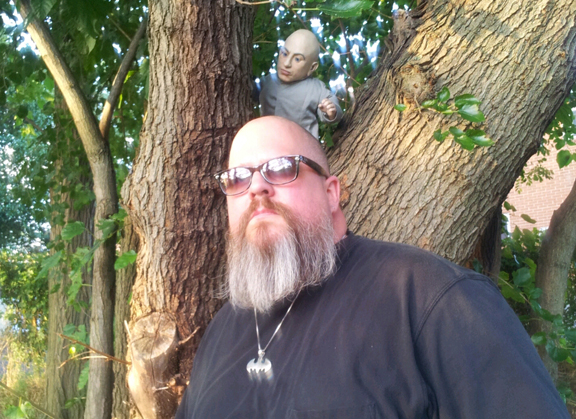 I panicked when he jumped on me at first because I thought he was one of those baby vampire monsters from "It's Alive" with all the screeching he was doing. 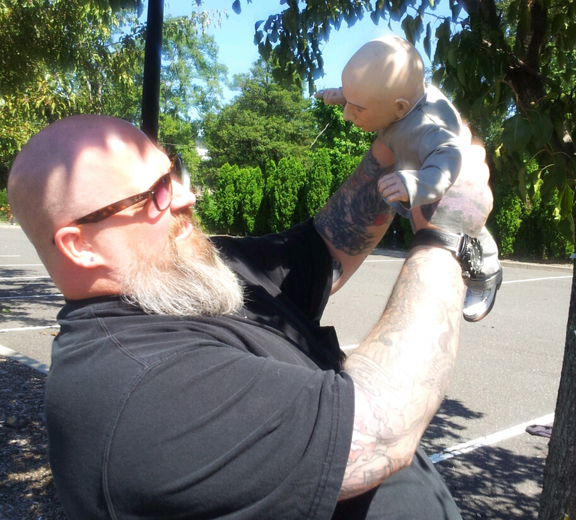 But then he calmed down and told me his story.

He said he had fallen on hard times after Dr. Evil had disbanded his organization and his company "Virtucon". And had to take up work at Sideshows and Boardwalks. 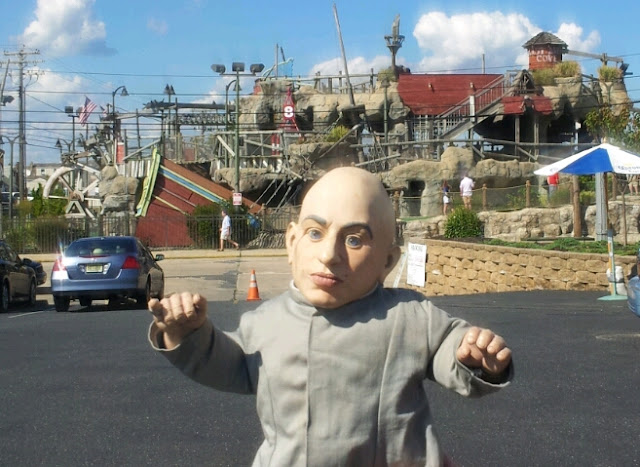 But the hours were long and the pay wasn't all that great.

So then he decided to try living away from it all. 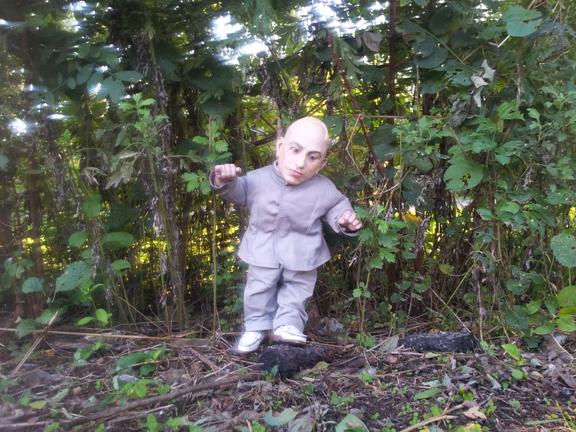 He thought it was cool for the first two days, but found out that he really missed having the internet and a shower...

Later that second day he decided to climb a tree to find some slow squirrels to eat for lunch. 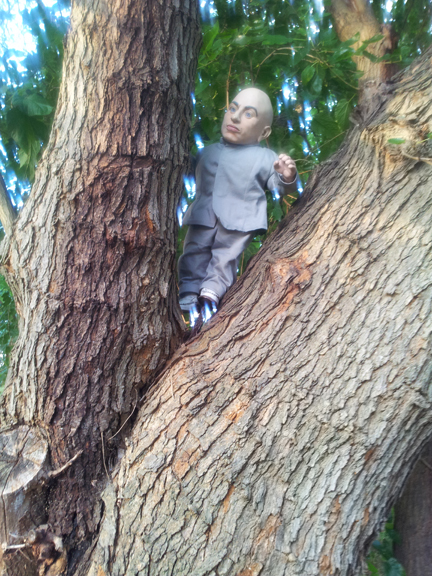 And that's when he met me.

He had asked me if I had any work at The Storage Unit of Terror. I explained to him the I didn't have any money to pay him, but he could have a free place to live if he just kept an eye on The Storage Unit of Terror. The Abandoned Mom and Pop Video Store has internet and cable and he could use the back area for a living space complete with a shower.

The only thing is I didn't know if he would fit in with the whole horror rule I established for myself. But after a little research I found out he's got allot of qualifications to be considered a monster!

He was created in the lab setup of an Evil Doctor, he bites, he almost ate his kitty until he was taught he's only supposed to love it, he burrowed his way through an inmate in a way only a monster can and who can forget that monster style beat down he gave Austin Powers on the Moon Base. And he was able to survive exposure in outer space without most of his spacesuit.

So now he has a forever home at The Storage Unit of Terror.

Posted by TattooedSteve at 11:09 PM