Barbie Dolls of The Dead!!! 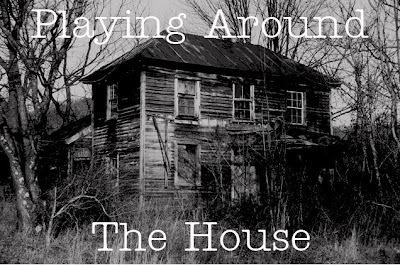 
In the last article I talked about some of the stuntman action figures I grew up with, but before them I had G.I. Joe. 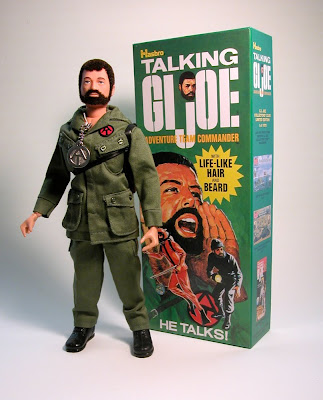 He was really cool and had a ton of stuff to go on adventures with along with weapons and vehicles, but he didn't have an enemy or anything else to fight outside of my collection of giant spiders, rats and robots.


Then in 1976 somebody thought these would be a good idea... 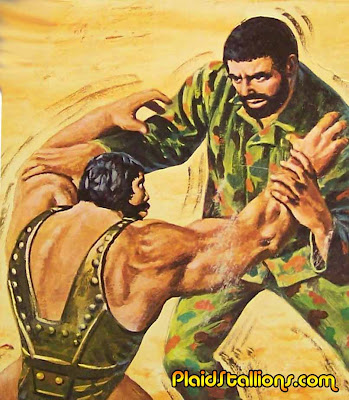 Special Thanks to Plaid Stallions for keeping a history of all of these toys.

Even at six years old "The Intruders From Another World" made me say "WTF?!" They were as lame as they were stupid... They were way shorter than Joe, but were were supposed to be smarter and stronger? I don't think so...

This was "The Leader" of The Intruders. 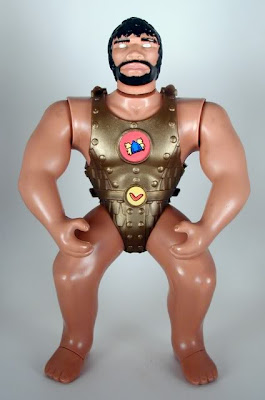 Special Thanks to The Mego Museum for also keeping a history of the toys.

And these guys were "The Intruder Warriors" 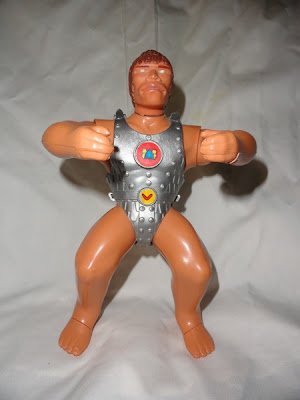 I guess you were supposed to have one of The Leader and as many Warriors as your parents would let you have.

But 1976 was a hard year for the Joe Team after thirteen years (The last two I enjoyed) because they had to fight a tidal wave of action figures from "Mego" and the Six Million Dollar man series as well as "Big Jim" and "Big Jim's P.A.C.K." and "Pulsar" he was cool!

So now that I've explained all of that and provided a little bit of a history lesson let me talk about what could have been one of the coolest action figures/enemy of G.I. Joe or any other action figure out there. 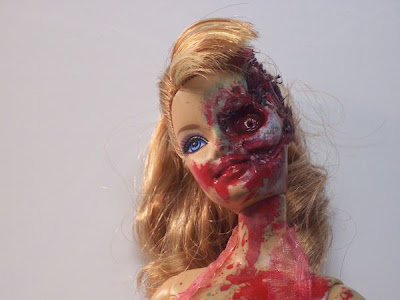 It just blows me away that it took thirty years for allot of dudes to catch up to my thinking. Or maybe for the times to change enough to let us take her from being a doll to becoming action figure! Which, well she pretty much is... It's just she was told to be pretty.

Her creator gave her a name and a innocent all American girl lifestyle, but somehow "The Barbie Doll" knew there was more to life than just being a pretty face. And as time went on she would find herself going from just being disfigured by spiteful older brothers to being transformed by horror artist.


I remember playing in friends and relatives yards and trying to think up some kind of enemy or monster for Joe to fight and just getting tired of the same old robots, giant rats, spiders, or close to scale gorillas or dinosaurs. 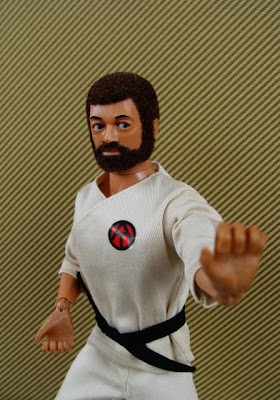 Oh come on! I have to fight Stretch Monster Agian?!

And I would see some kind of Barbie carcass half buried in yard looking like she could rise up on her own power and really make a bad day happen for Joe. 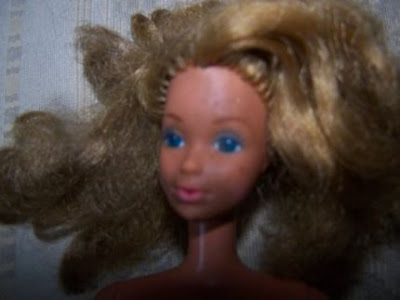 These dolls now possible action figures
had literally gone through a trial by fire! 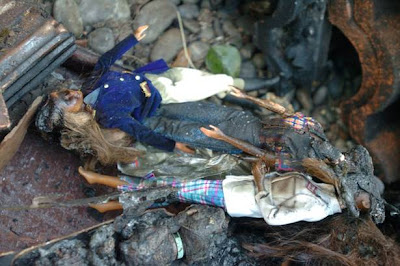 or were gnawed on by dogs 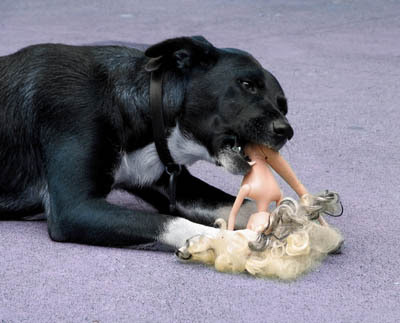 exposed to the elements 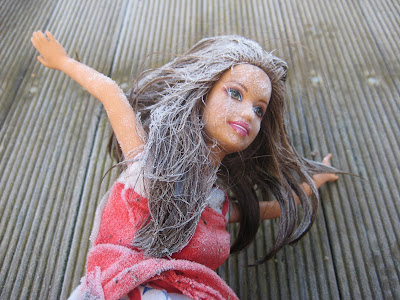 or just left in the dirt like some kind of serial killers forgotten dumping ground. 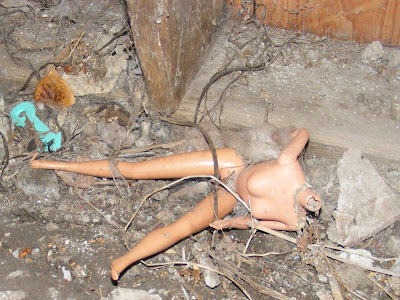 Any one of them would have been a great adversary for G.I. Joe . They could have been victims of a mad scientist that committed unspeakable experiments on these women. But the chemical agents he used or maybe a toxic wast dump near the dumping ground causes them to rise and seek vengeance on whoever has the misfortune of finding them. 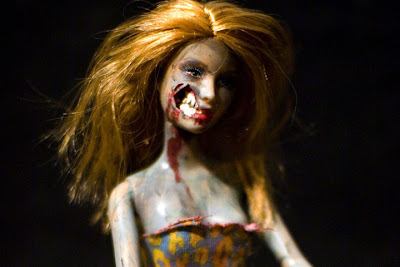 Now as cool as they looked I wouldn't dare to bring up the idea of using them as monsters because I would be afraid of being made fun of for playing with dolls. Now this was kind of ironic because isn't that what allot of people were saying about us playing with G.I. Joe's anyway? And what did we yell in our own defense "THEY'RE NOT DOLLS THEY'RE ACTION FIGURES!"