Made For TV Monsters! 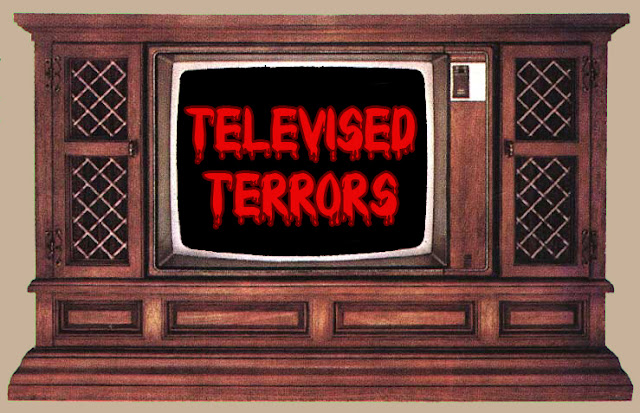 The 1970'S just ruled when it came to Made For TV Horror Movies. They were usually on Friday or Saturday nights and had just enough creep factor to scare the crap out of us kids.
I had forgotten the titles of quite a few, but thanks to the research of others that loved them too I found huge list of quite a few I missed seeing. And now I can track those down and see them like 1974's "Bad Ronald".


But for now I'm going to list the ones that really stood out in my childhood. Some contain spoilers and I apologize in advance, but here is a list of the movies so you can watch them if you haven't seen them yet. Then after you see them you can read my thoughts on them.
And these aren't in depth reviews (Plenty of em' on the web already) just little musings of what I thought of them back then. 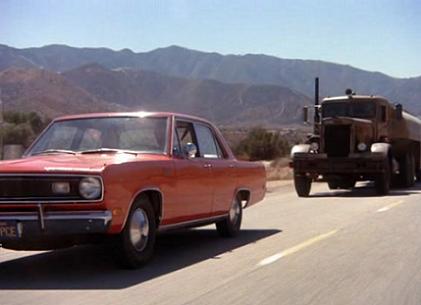 This one is about the ultimate case of road rage! I can't imagine being that mad at anyone so much that I would drive off of a cliff just to kill his car even though the guy jumped out of it! 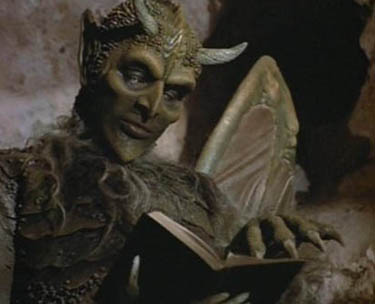 This one was beyond cool!
I didn't know much about the plot line back then, but I knew there were a ton of cool monsters. Well until the part where the one was in that dudes bedroom and it crept up over the foot of his bed. Then it freaked me out a little because that's Monster's under the bed stuff! 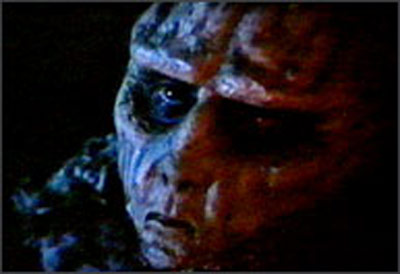 This one freaked me out so bad when I thought Alex was going to save the day and get home before Sarah got dragged down the hole!

I still can't figure out how Guillermo del Toro dropped the ball so bad on this one in 2010?! He did such a great job on his other creepy films, but between the lousy CGI monsters and not so great casting it really let me down. 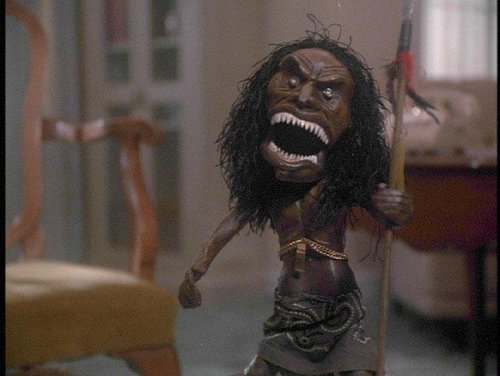 One of my favorite tales has to be the one with Zuni Warrior Doll!
And if you would have told five year old me that I would have this bad boy on a shelf with other favorites I would never have believed you. HA HA HA
And yes I've taken the gold chain off of mine, but he just sits there.
I think... 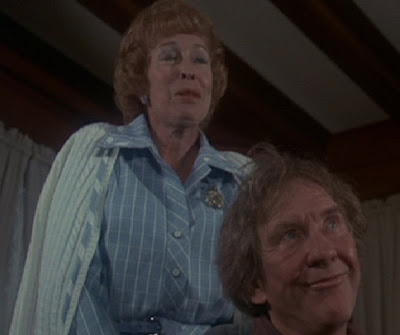 "Hello young man, your Grandmother is going to be killed by the ghost of a hearse driver 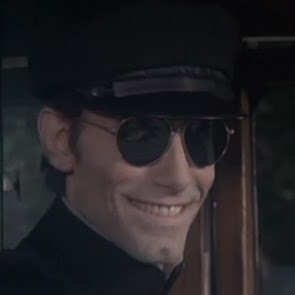 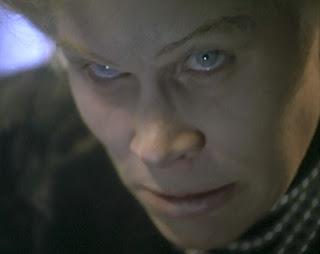 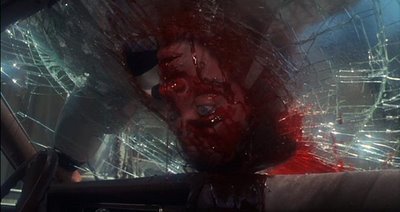 and the house itself is going to kill you with the chimney. 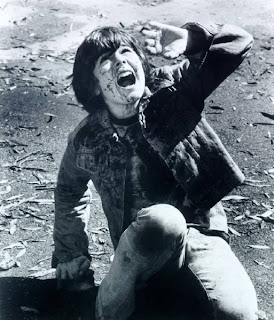 But hey it has a huge swimming pool.

This one really kicked my ass at six years old because once everything started happening I was like I would have had a meltdown too after seeing a hit like that on the family car! 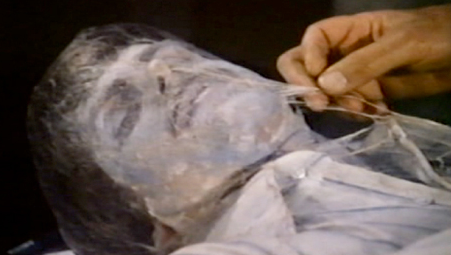 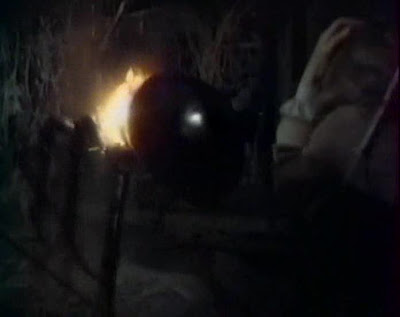 But gets destroyed at the end there's a couple twist and turns to this one so I'll leave this one spoiler free.
But I will tell you I laughed till it hurt when when I was seven and my neighbor back then told my Dad he almost had a heart attack. He was watching the last part of the movie with his two year old daughter sleeping behind him. She woke up during the final spider fight took her stick horse that she was sleeping with 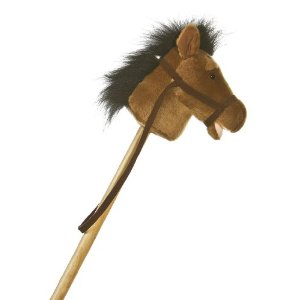 and put the head over his shoulder. He said he almost jumped six feet off of the couch!

The Bermuda depths (1978)
This one picked up where JAWS left off with ruining any enjoyment of the ocean for me...
Kid becomes friends with a cute girl, hooks up with with her years later 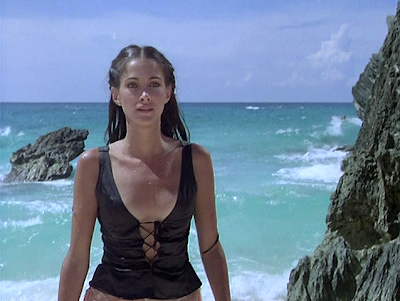 and finds out she made a deal with Satan to keep from dying on a shipwreck during the old days of the Bermuda Triangle. 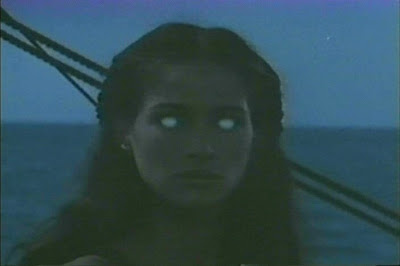 And is somehow connected to a giant sea turtle 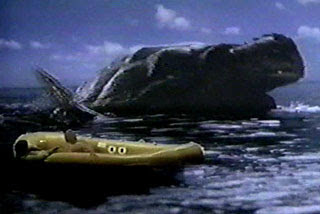 and the whole mess gets his best friend killed. 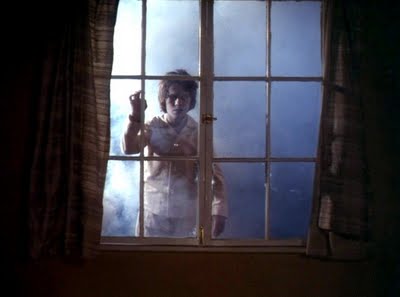 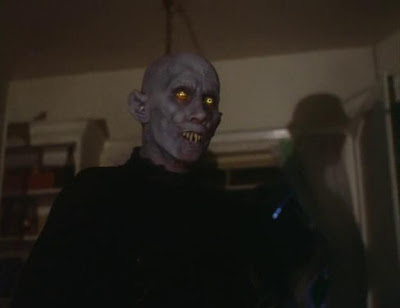 Barlow busted in and I almost freaked right then and there!

This one really freaked me out! My parents let me stay up to watch the segments each night as long as I got up for school. I thought this was the coolest thing they had done ever, until I had to play it cool and make them think that I wasn't scared $#!tless the whole time. I was not expecting Mark to have a bedroom that was set up allot like mine back then complete with a Wolfman poster! And once I saw Barlow make his first appearance I literally didn't sleep for three nights!
Posted by TattooedSteve at 9:36 PM