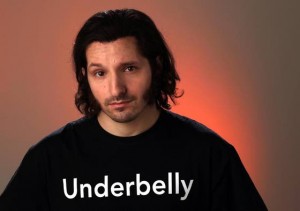 And it turns out Newt is a whole lot more! He had worked as a projectionist (Which for me is almost God Like) and is now working on his own Indie Horror "Midnight Show". 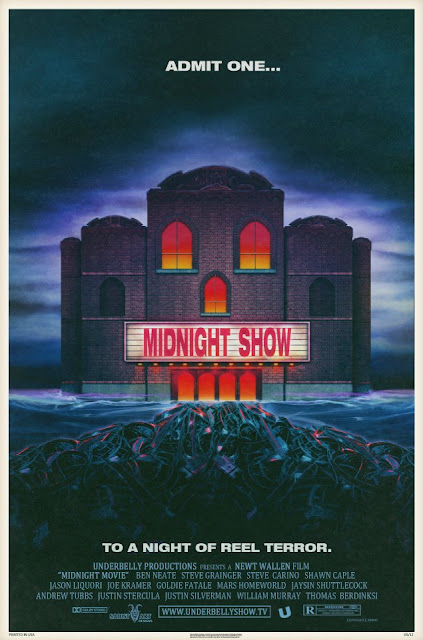 This is really cool because his first outing at making it had led to the creation of "The Underbelly Show" which is one of my favorite web series on Youtube. And now he's able to come back around to finishing "Midnight Movie" which I'll cover in a future article.

The videos consist of Frank (Patterson), Shawn (Caple), Newt (Wallen) and Justin (Silverman) giving their views on Comic Books, Video Games and Movies as well as doing some comedy shorts.

The thing that really attracts me to "The Underbelly Show" is that they remind me of the friends I had while working in a Comic Book Store. We would spend hours talking about this stuff and throwing in all kinds of jokes that would get us and others there laughing their asses off.

I've seen quite a few people post things like they wish that a network would pick them up (It would be cool to see them make allot of money), but it would be like seeing your favorite Metal Band go from playing clubs to stadiums...
I mean they have this great edge and their production value is killer, but allot of it would have to be dialed back to be put on any network.

And I love watching their New York Comic Con Videos (in New Jersey). They don't make fun of anyone, but like me they keep it where "Yeah, I really enjoy this stuff too, but it's not all consuming." And at the same time jokingly keeping the guys and girls with the cool jobs a little grounded.


So make sure to click on their link and subscribe to The Underbelly Show's Channel and get ready to see some discussions about a really disturbing Star Wars candy item that is thankfully off of the shelves...