No crackheads were harmed during the making of this film. 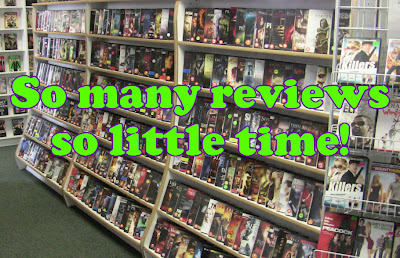 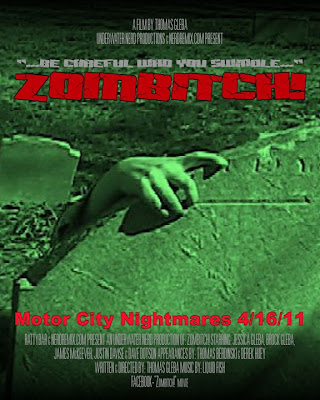 "ZOMBITCH" was created by writer, director, podcaster, one of the writers and owners of NerdRemix.com and Scream King
"Tom Gleba". 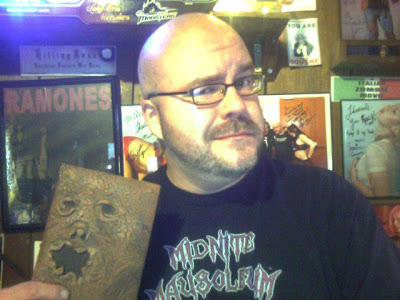 This movie is a stripped down sixteen minutes of Zombie movie madness! The story gets right to the meat of the matter, a local Stoner takes a shortcut through a graveyard and meets up with a crackhead named "Cracky". She asks him if he has anything to sell and he completely ignores her.
After that he makes his way to his friend "Frank's" house (Played by Gleba) to replenish his stash. While he's there he finds a bag that he thinks is crack, but is really fragments of a fallen meteorite. He figures he'll make a little extra money on top of his weed money by stealing and selling the fragments. And I'll give you one guess who he sells the fragments to.

After the Graveyard Crackhead smokes the fragments she becomes a zombie. And her first victim is a his friend the drug supplier "Beans". Not long after that she kills Gleba's character (After his booze filled attempt to destroy her). The Stoner tries one last attempt to destroy her with a hand held cross bow, but the arrow is too short.
In a final act of desperation he gets on Skype to call for help, but his friend has only two friends on his account. One is "Dr. Menard"
played by (writer director of Italian Zombie Movie Parts one and two, The Giant Rubber Monster Movie and Noirmageddon) Thomas Berdinski. 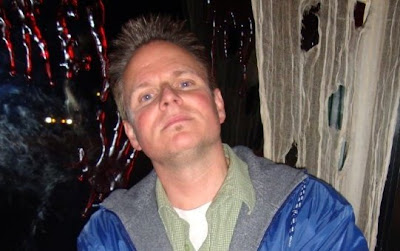 But he has his own problems going on in his own lab and doesn't offer much help.

The next contact he finds is a friend of "Beans" and a drunken gamer by the screen name of "Big Pimp Daddy" played by writer/director of "The League of Science" web series and second writer as well as Co- Owner of NerdRemix.com Derek Huey. 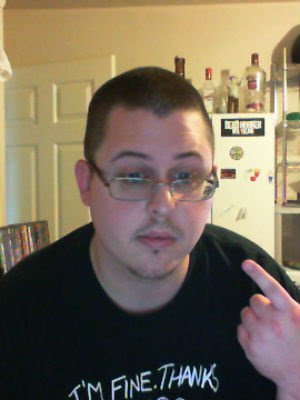 He's half lit and playing a video game while Skyping, but he did give the best advice to our Stoner hero. "You have to smash their @#*&%$#! heads to nothing!"
He finds an ax in his shed hideout and turns Cracky's head to mush, and saves himself but not the day.

Zombitch is currently available on The Trio of Terror DVD
through Tom Berdinski's Cult of Moi and Vous Film Company LLC. 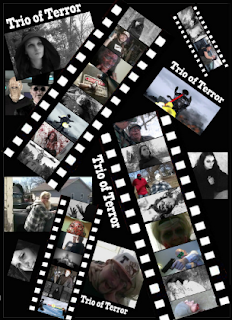 And for more on Thomas Gleba check out the goings on at
NerdRemix.com

Posted by TattooedSteve at 9:54 PM