My almost life long quest to obtain "HUGO Man of a Thousand Faces"!

This is a tale of how it took me just about twenty years to get a puppet named HUGO for my monster toy collection. 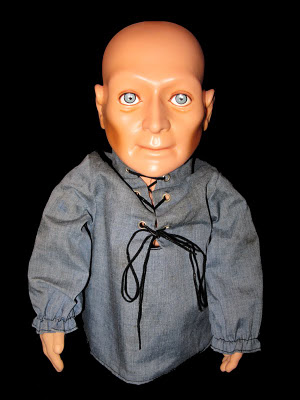 When I was five years old the Kenner Toy Company had released "Hugo Man of a Thousand Faces" and unknown to me
HUGO was created by F/X Artist Alan Ormsby. 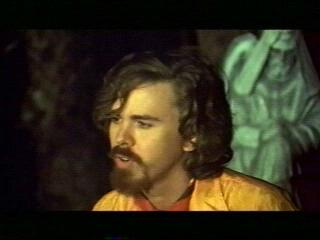 who directed and starred in one of my all time favorite horror movies "Children Shouldn't Play With Dead Things". 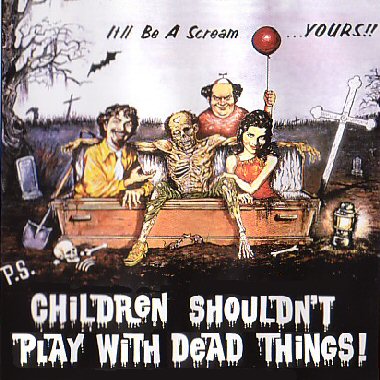 When I had seen the commercial I had completely lost my mind! He was one of the coolest toys I had ever seen in that time of my life. Even my mother thought he was beyond cool and when she asked me if I wanted him for my birthday the quest had begun.
She had went to just about every toy store or store with a toy department in our area and every time she asked about him she was just given a "Never heard of it" response. Even when she had shown them this ad. 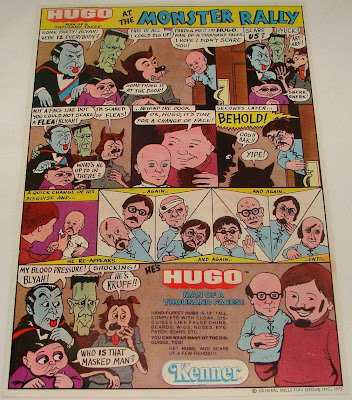 One store she had taken me to had him, but because of complaints of the glue sticks he was taken off of the shelves.

*Side note* I hated when they had taken toys off the shelves when I was a kid. It was being punished because someone else couldn't use half of their brain or some uncool parent didn't like a toy that they weren't going to play with anyway. Like Kenner's "ALIEN". 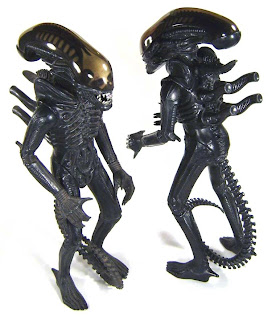 My beyond cool Aunt Vera had scored one for me for my eleventh birthday as it was being taken off the shelves. 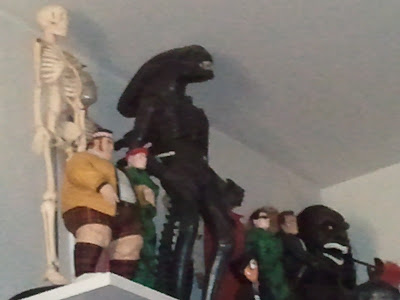 And he's still with me to this day.

When I found out that Hugo was nowhere to be found I was crushed...

While I was doing some research for this article I found out that JCPenny had him in stock and my mother could have ordered him through the "Wish Book".

I had shown my mother this picture before I did the article and she cracked up. The only reason she didn't know about Hugo being in there was my Aunt Emma was getting new Adventure Team G.I. JOE's for me. She lived really close to the mall and had seen the display for them. So she had called my mother and asked which ones to get, my mom told her to get the set of four figures , the six wheeled vehicle and The Eight Ropes of Danger set. Then to make sure I didn't know about them at all she just threw out the Wish Book when it came in the mail. 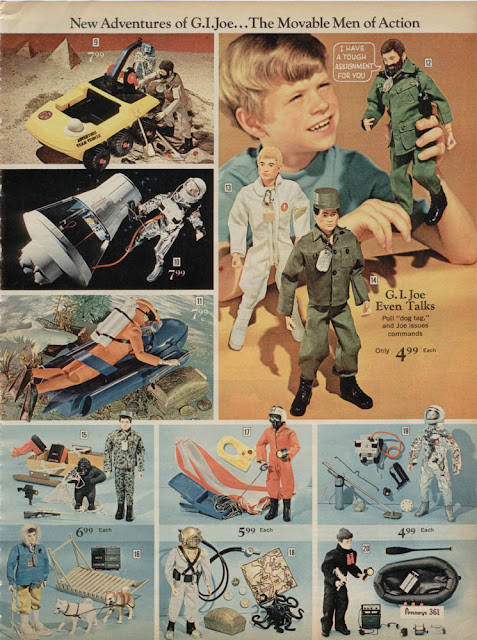 The prices show why I was getting all that. HA HA

He was even on "The Uncle Floyd Show" during the closing of the show when my wife and I were dating and watched it every night. 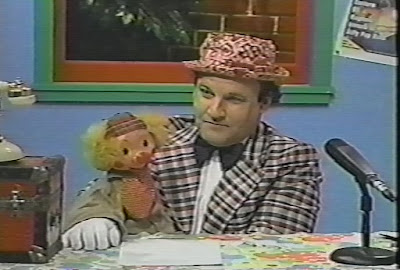 There was even a "Invasion of the body snatchers" spoof on HBO that had him in a baby carriage!

It was driving me crazy that I couldn't find him anywhere. I checked Outdoor Markets, Thrift Stores, Antique Stores and Yard Sales with no luck. I even asked friends hoping maybe one of them had one, but that was a dead end too.

Then one day my sister in law had the internet about a year before me and when my wife was checking this thing called Ebay. I asked to type in Kenner's HUGO and a click later there he was. 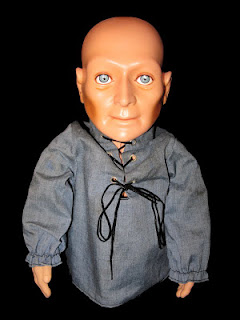 Then an email later we talked the seller to pull the auction and sell him to us outright. Then about eighty bucks later we got him in the mail and the box was a mess and so was Hugo...  Normally I would have been the definition of pissed off, but after twenty years I was just happy to have him. 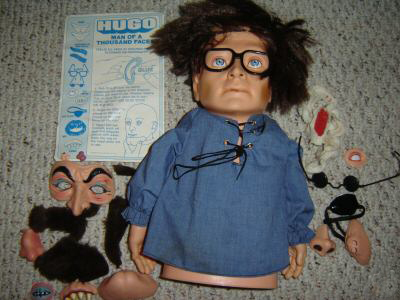 This is really close to the condition I got him in...

He was streaked with the glue from the glue stick and it was all over his artist smock too. His wig was a mess too, but at least all of his appliances were there along with his instructions.

So my wife and I hit the internet at my sister in law's again and got a ton of information from Doll Restoration websites. I can't thank the people that have posted the information on those enough.
After allot of work HUGO is happily living in our apartment with a really cool antiqued looking suitcase. 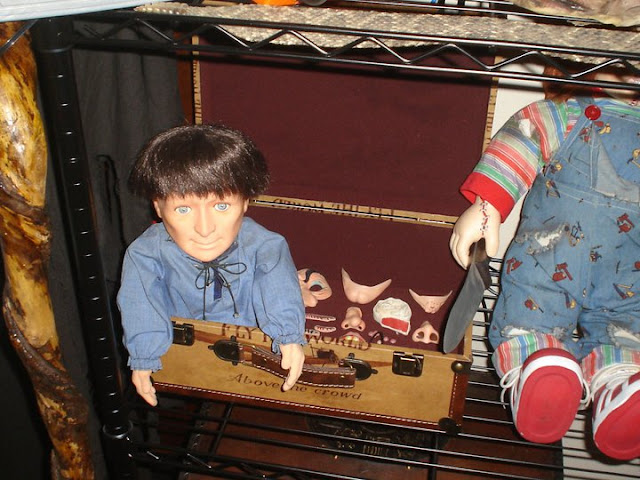 Posted by TattooedSteve at 10:12 PM