The Bathtub That Contained The Ocean Of Blood!

As I dig around the old Storage Unit of Terror I find a old things from the 70's that made growing up in that decade one of the coolest! I mean there were so many toys, TV shows, magazines and comic books full of monsters that you just about never went without a monster fix of some kind.


This time it was all about the bathroom. 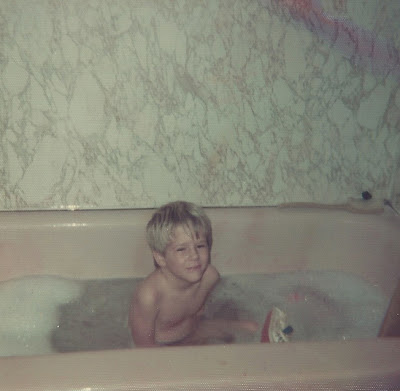 In the beginning of 1974 my Dad installed a bright yellow fiberglass surround tub that pissed my Mother off to no end. But that is a whole story on it's own. What the hell I'll tell you anyway...

My dad called my Mom from a plumbing supply house and told my mother (While she was at work) that they had a Gold Fiberglass Surround Tub on clearance. And the reason why it was such a steal was it was ordered, but never picked up. Now my mother had thought it was more of a actual gold color. But when she got home and saw this in the bathroom she had a complete fit! 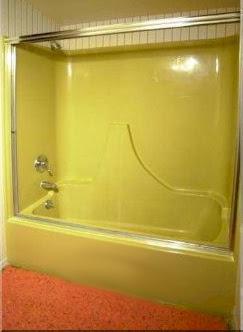 Not the exact one, but pretty close!


But for me this new tub became an ocean filled with giant Great White Sharks, Octopuses, Octopus Men, Godzilla and Giant Sea Snakes with one hell of an island around it. Yes I know islands are surrounded by water, but I was turning five and a island surrounding an ocean made lots of sense to me.

Now for a while this island was occupied by a group of brave Green Army Men who patrolled the area in a Military Battle Boat and battled with the sea monsters on a nightly basis
The "Battle Boat Commandos" held their own against the first "Giant Great White Shark", The Giant Sea Snake and The Giant Alligator. They were armed with Anti Sea Monster weapons and their Military Battle Boat was equipped with an Anti Sea Monster Cannon and Armored to the hilt.

But three years later on a stormy night "Octopus Man" was released from an underwater cave he was hibernating in and he was hungry as hell!!!
The Battle Boat Commandos were taken by surprise by Octopus Man and were no match for his powers and were eaten alive those that weren't were dissolved by Octopus Man's toxic acidic ink (Crazy Foam) along with The Battle Boat. 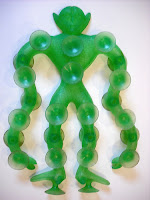 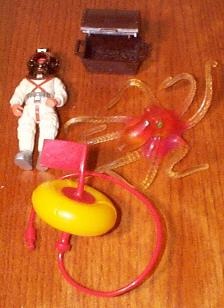 There was another Deep Sea Diver by the name of "Joe" and he was just cool beyond description! He had a sledge hammer, a knife a treasure chest and a big black octopus to fight. But he also had a metal dive belt and metal boot weights, sooo he didn't see a whole lot of time in the fiberglass tub. 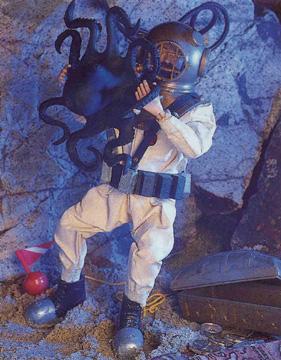 And just when The Battle Boat Commandos thought they fought the worst that the insanely dangerous ocean had to throw at them an even bigger shark swam in to fight! 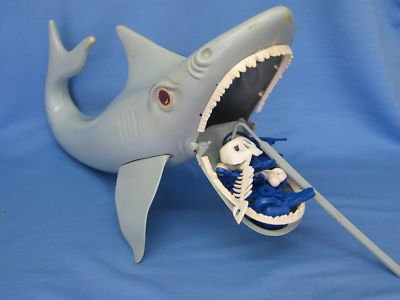 The fights were far from one sided, there were nights where the Commandos had enough shark steaks to last a few months. And others where the giant shark would eat the entire crew and most of the Battle Boat.

Years later Hawk The Deep Sea Diver are still living in happy retirement in my own pink ceramic and iron tub (Hey it came with my new place and I'm not paying for a new one!)

But they've been known to fight it out still from time to time. 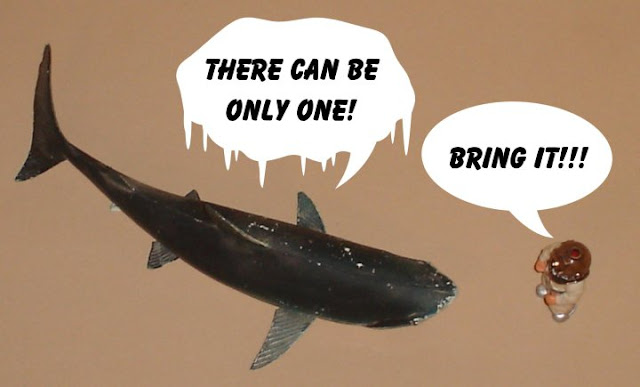 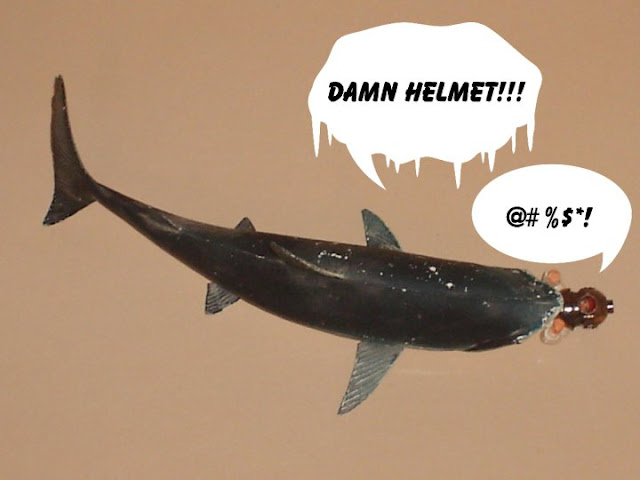 Posted by TattooedSteve at 10:46 PM